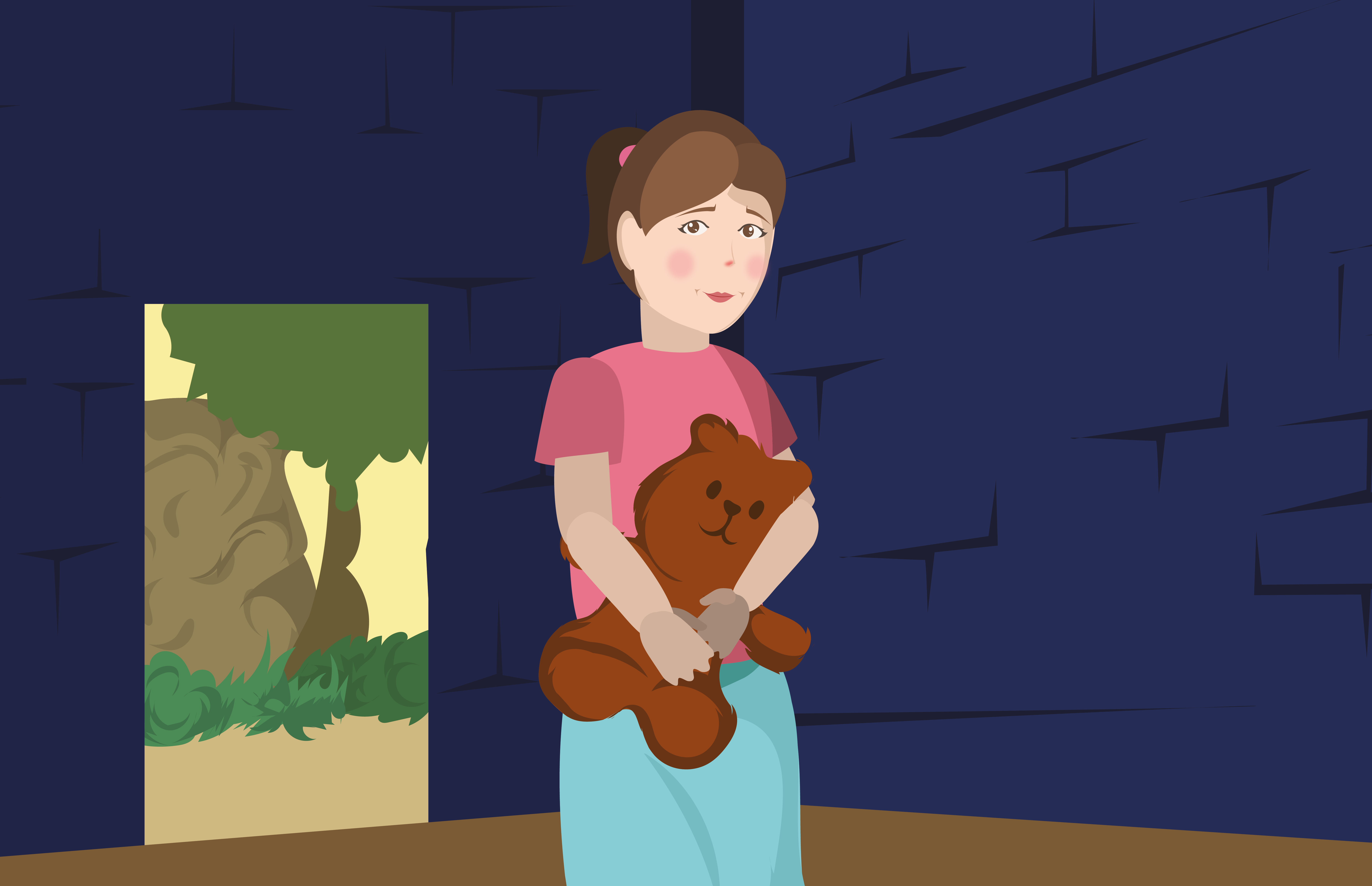 Rahaf, a Yemeni girl, was forcibly married to her brother-in-law after her 14-year-old sister died.

“Two years and five months have passed since my sister Raghad died. She died immediately after delivering her baby. She was only 14 years old,” said Rahaf, a Yemeni girl, “I was three years younger, yet my father decided to marry me to my 50-year-old brother-in-law to let me take care of my newborn nephew. Thus, I got married although I opposed the idea.”

The details of the two sisters’ weddings were not the same. While late Raghad was jumping out of joy with the clothes and toys, her sister Rahaf was more aware of her dreadful fate. With tearful eyes and ear-deafening screams, Rahaf shouted: “I don’t want to die, I want to study and play,” said Umm Haitham Fawwaz, Raghad’s neighbor, who was at the girl’s house at the time.

For the second time, Rahaf’s mother tried to persuade the father to change his mind, but in vain. She then went to the mayor of the village, begging him to intervene, along with some of the notables of their village in Mudhaykhira, around 40 kilometers away from the center of Ibb governorate.

“I sought the help of the elders and notables. I told them I was able to raise my late daughter Raghad’s son. Indeed, they contacted my husband and advised him, especially since the man is decades older than her,” Rahaf’s mother told Tiny Hand, “Nevertheless, he asked them not to interfere in his daughter’s affairs and that he has the right, by law and religion, to do what he wants in terms of her marriage.”

The mother admits that the father wanted to get Raghad to marry out of greed to pay off his debts. He also took Rahaf’s dowry to restore the house and chew Khat daily.

In a phone call, the village mayor’s wife told Tiny Hand that her husband had repeatedly tried to dissuade the two girls’ father from his decision. However, the father refused and began threatening anyone interfering in this story with death.

For her part, Rahaf confronted her father with her favorite doll, telling him that she prefers to study and play. He took her brown doll from her hand and hit her with it. Unless the mother’s intervention, he would have beaten her more violently, saying, “We don’t have a girl who objects”.

Three months after Raghad’s death, the father and brother-in-law set the wedding date. Her maternal uncle, Ibrahim, called the father, from Saudi Arabia, to inform him of his objection to marrying off his little niece Rahaf. The father hung up in his face.

At that time, the uncle decided to communicate with the groom asking him to change his mind. He also offered him a sum of money, but the man refused, on the grounds that the village and its surroundings now knew the date of his wedding, and that he would be mocked if he retracted the marriage.

Then came the day when the groom would take his new wife.

Upon the old groom’s arrival and as soon as he left the house with his underage wife, Rahaf panicked and ran back home.

Everyone was shocked and the mother ran to the door. Rahaf hurried to her room to take a number of her dolls with her.

In her husband’s house, she soon began looking for suitable places for these dolls.

“I slept early and didn’t see my husband until the next day,” she said, “I cried a lot that night because I wasn’t used to sleeping alone.”

The day after her marriage, Rahaf began raising her nephew “Walid”, under the guidance of the two grandmothers.

Unaware of her being too young, the husband began to give his new wife a reprimand for not becoming pregnant two months after their marriage.

“I complained to my mother about my husband’s pressure, and asked my father to clarify the matter and that I am not old enough yet to become pregnant,” said Rahaf, “However, my father ignored the matter, deeming it marital secrets.”

The mother then went to the husband’s mother to discuss the matter and ask her to intervene. Consequently, the husband abused his wife more and called her impudent and other hurtful qualities for revealing their private life secrets.

That was not the last time. Since then, Rahaf’s husband continue to physically abuse her, turning her life into a living hell.

You can read Raghad’s story here

This project is done with a grant provided by the mentoring center “ICFJ. IJNET“.