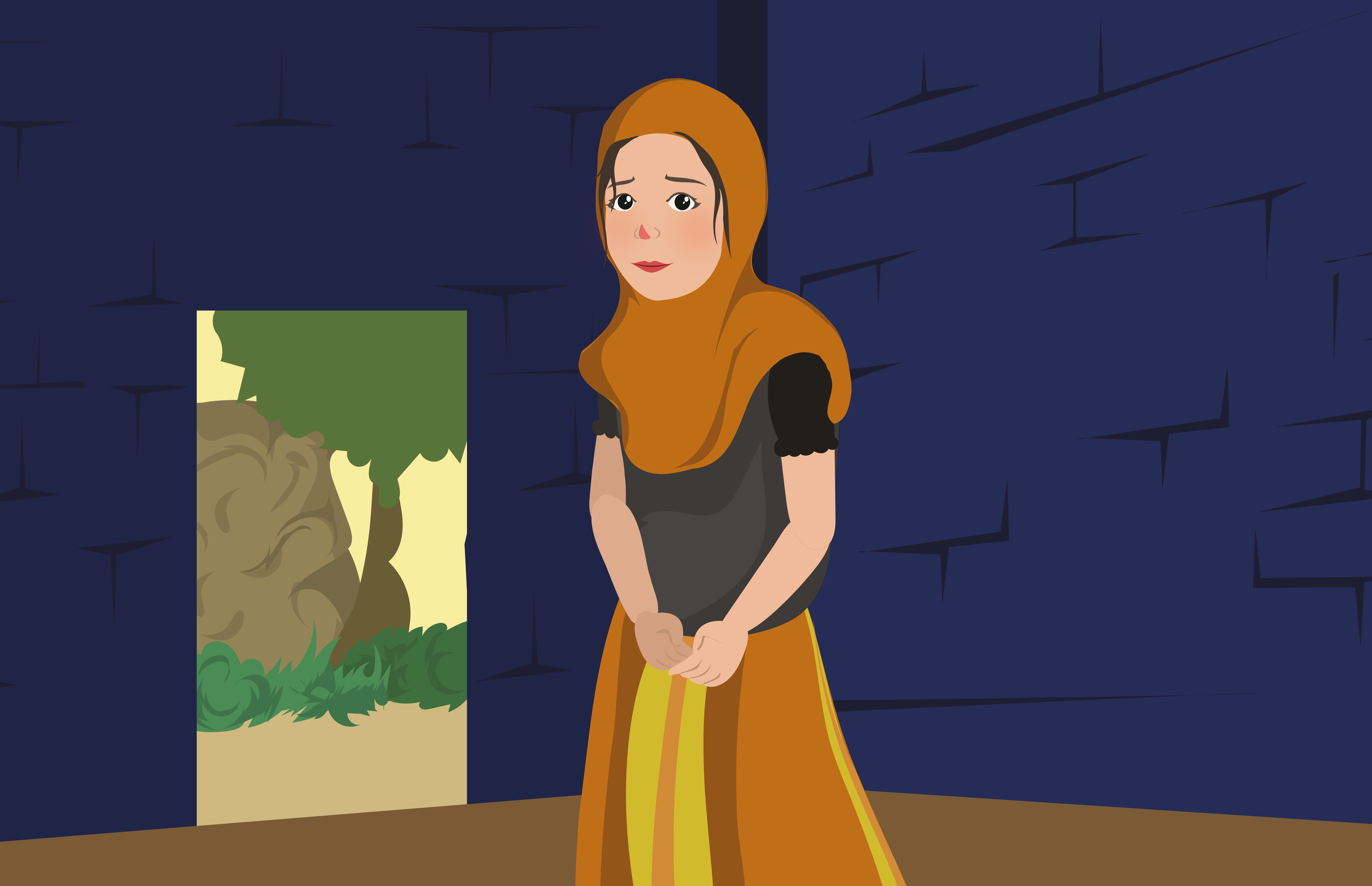 Raghad, 12, married a man in his fifties on November 17, 2017. Although the marriage lasted for three years, the girl did not become pregnant until two years after her marriage. That’s because she got married before she reached puberty, said her mother.

Raghad Ahmed, a pseudonym used upon her mother’s request, was a girl from Ibb governorate, southwestern Yemen. She used to live with her parents and seven siblings in a village in the Mudhaykhira district. Her father works in the construction field and her mother is a housewife.

As a little girl, Raghad believed that marriage meant having beautiful dolls and clothes. Her father convinced her of that, so she left school and agreed to get married.

“Her father used to tell me that the marriage took place with the child’s consent,” said the mother.

The mother sighed while mourning the loss of her daughter. She feels angry at her father, who insisted on marrying her off in order to get money to pay off his debts.

Raghad’s weak body could not bear the childbirth’s difficulties. The child survived, yet the little mother died.

For her part, Dr. Aqila Abadi, a reproductive health consultant, in Ibb governorate, said that early marriage can cause serious health complications for girls.

“Among the most serious health complications that happen to married women, aged less than 20, are psychological trauma and vaginal tears,” she explained, “Some girls might need surgical intervention to treat such complications, in addition to urinary tract infections and severe bleeding that can be fatal sometimes.”

Abadi explained that pregnancy before the age of 20 is fraught with risks, due to the incomplete development of the pelvic bones and girls’ natural growth. Moreover, a girl before this age is physically and psychologically incapable of bearing the burdens of marriage, raising, and looking after children.

Dr. Abadi explained that among the most important causes of anemia are: “bleeding on the first night of marriage, during and after childbirth, miscarriages, malnutrition, and tears during childbirth.”

The story did not end there…

A few months Raghad’s death, the father decided to marry Raghad’s sister, Rahaf, to the same old man in order to look after the child and to get more money at the same time.

You can read Rahaf’s story here.

This project is done with a grant provided by the mentoring center “ICFJ. IJNET“.

When Sewing Threads Become Your Shelter: Use your VR goggles

In a muddy yard, Hiba holds a spool of white thread. At first, you might think the little girl is about to make a kite to run after in the camp. You would also imagine her drown in laughter and joy. But in fact, these threads are Hiba’s only “shield” to survive.

From inside a cloth tent, erected on muddy ground, rise sounds full of life despite a surrounding that calls for nothing but despair. Here, alphabetic letters are written and erased; numbers are added and subtracted; songs resound, and dreams are drawn on notebooks’ pages….