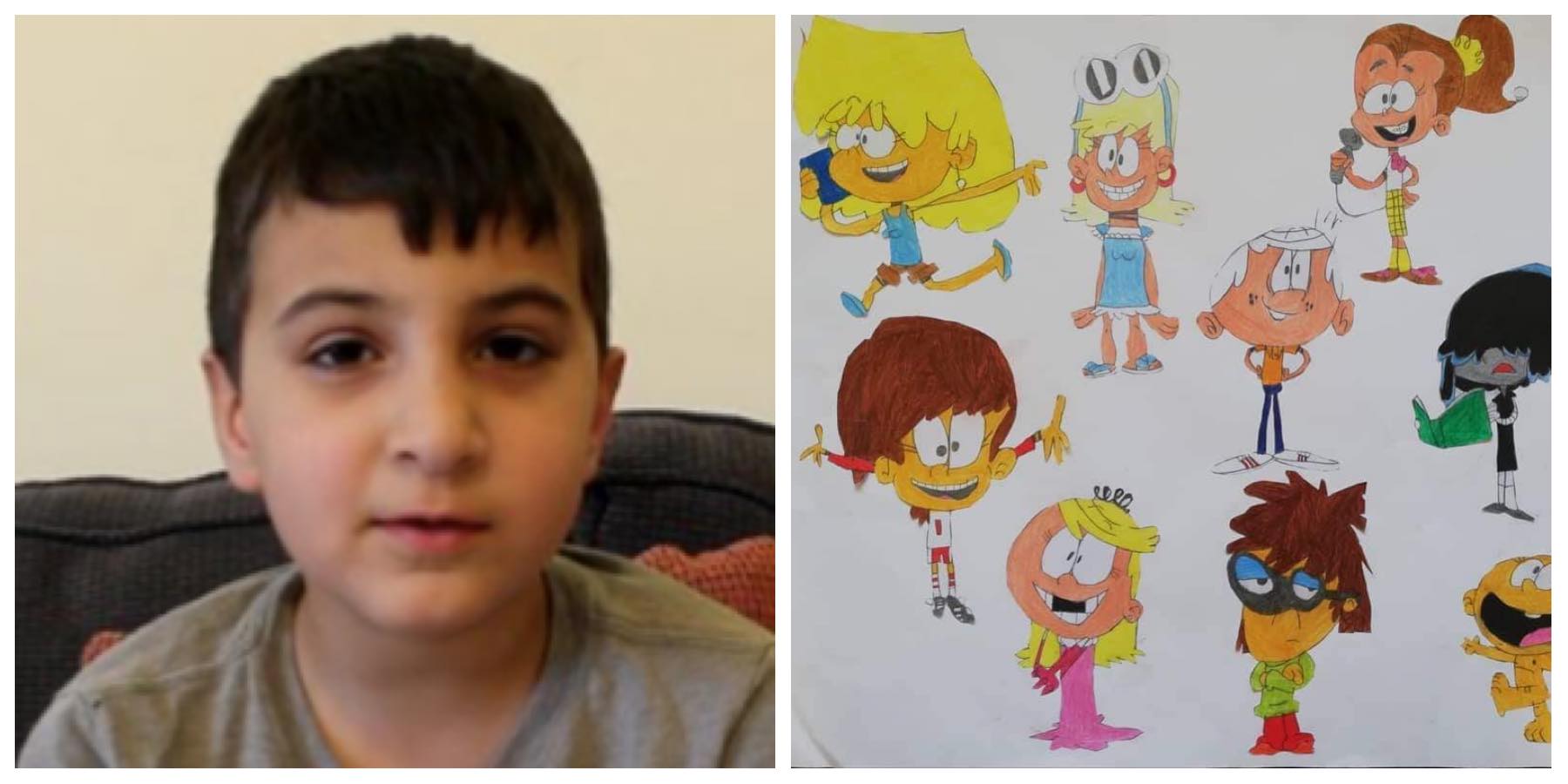 Although she is only seventeen years old, Lebanese girl Karla Bou Zeidan speaks about autism with the same intense passion as that of researchers who have spent years conducting studies about it.

This girl’s love of her brother, Jad, has paved the way for her to indulge into a special world.

Jad is one of 70 million autistic individuals worldwide, that is nearly 1% of the world population. These autistic people might have some difficulties and obstacles to communicate with others, but they possess distinguished capabilities “need to be sharpened and developed”, according to Karla.

What is more, Karla informed Tiny Hand that her brother “is smart, loves to play with others and draw cartoon characters and is incredibly intelligent and kind.”

In support of her brother’s talent for drawing, Karla created a page on Instagram where she always posts her brother’s drawings of those cartoons. Those drawings were not just mere pictures, but reflections of stories depicting Jad’s various feelings.

Karla, who believes in her brother’s potentials, wants the whole world to see his drawings and to recognize that autistic children are extremely talented and creative, and that every child has his/her own talent.

Apparently, Karla’s message to the world has been successfully conveyed as the number of Jad’s followers has reached more than 20,000. Those fans like and comment on the drawings encouraging Jad to continue in this path.

Jad is not only talented in drawing, but he also loves playing with dough to create cartoon characters. Particularly, he prefers the characters of SpongeBob and Mr. Bean, so he has drawn pictures of them.

Karla clarified, “We don’t know why he is so interested in those particular characters. Like all other children, he likes watching cartoons, but sometimes, he suddenly stops watching TV and starts drawing.”

Seemingly, Jad resorts to drawing those characters to express what he holds within. It is well known that an autistic child encounters the difficulty of expressing himself or herself orally; so instead, he or she do that in his or her own unique way.

Karla said, “At this specific point starts the mission of the family. I hope that every family having an autistic child could discover his or her unique talent and do their best to take care of him or her in terms of signing songs or playing a musical instrument. I wish to see all autistic children famous figures one day, and to see my brother famous for being talented in playing music as well.”

Moreover, Karla, who is in her last high school year, did not only help her autistic brother by creating and managing that page on Instagram. She also decided to specialize in the field of the education of people with special needs and after graduation she will seek to establish a center dedicated to helping autistic children improve their capabilities.

Karla said that she devoted all those efforts for the sake of improving communication with her brother and at the same time guaranteeing for autistic children the remarkable status they deserve to enjoy in their societies.