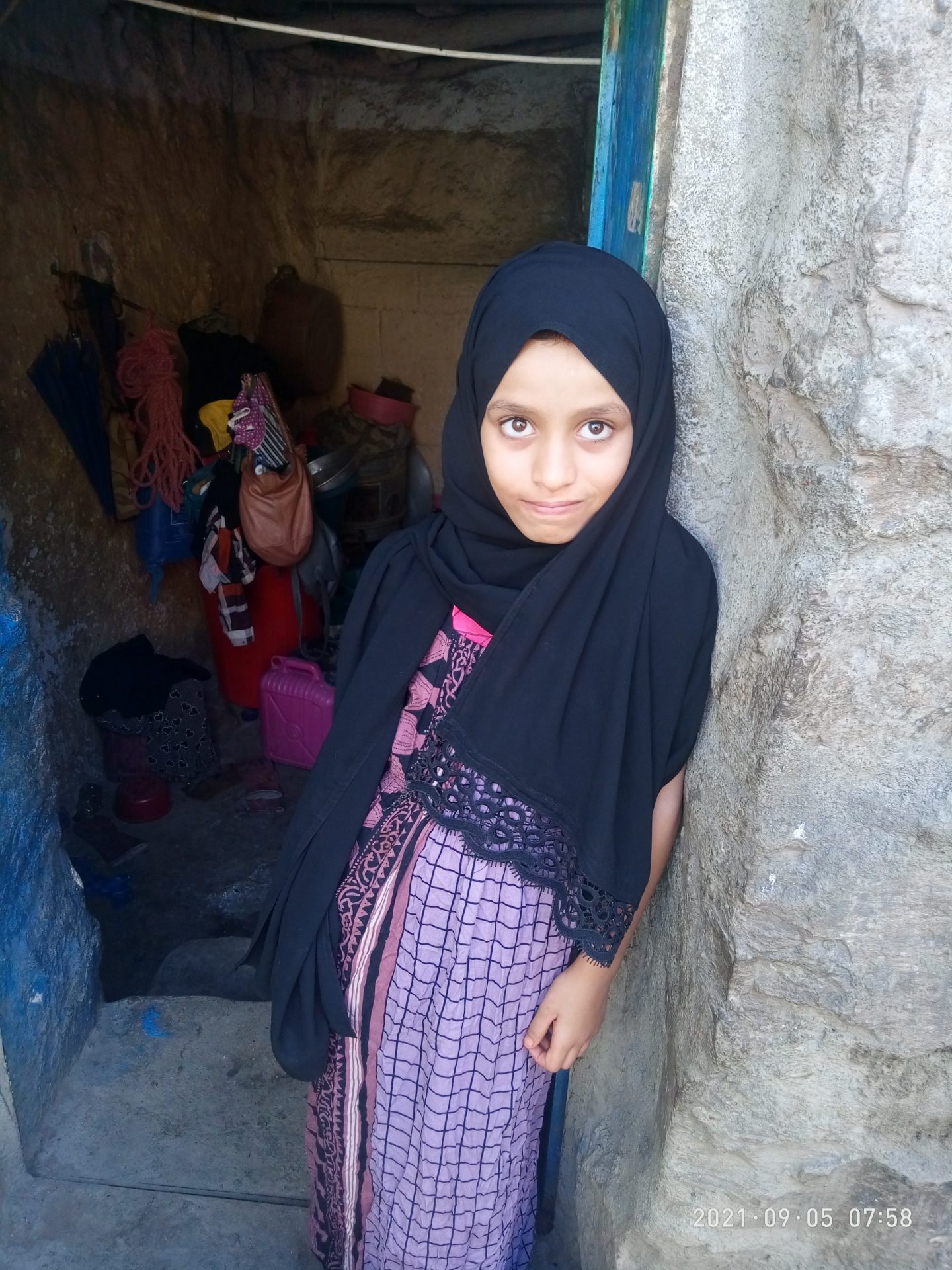 The scourge of Yemen’s war has gone far beyond anyone’s imaginations and has major effects on children and vulnerable groups. The story of Haifa, a nine-year-old girl from Taiz, southwest of Yemen, who was diagnosed with epilepsy, depicts this sombre reality. Haifa’s mother says the bombing is behind what afflicted her child.

This was especially true in the first years of Yemen’s war that had erupted in 2015, when shells hit residential neighborhoods in Taiz, every now and then, fired by the military forces of the Houthi Movement, officially called Ansar Allah.

“My daughter’s epilepsy has plunged me into a cycle of long sadness, constant worry, helplessness, and inability to buy this disease’s expensive medicines,” Nada, Haifa’s mother, told Khuyut.

Epilepsy is a chronic non-communicable disease of the brain characterized by recurrent seizures, which are brief episodes of involuntary movement that may involve part of the body (partial) or the entire body (generalized) and are sometimes accompanied by loss of consciousness and control over bowel or bladder function.

The suffering of Haifa’s family, revealed by their miserable condition, was exacerbated when their eldest child, Haifa, was diagnosed with epilepsy. Haifa was only three years old when she used to hear all that shelling and bombing back in Taiz. After Haifa’s father lost his mind and eventually his source of income, the family got stranded and forced to move to live in a rural area.

According to her mother, Haifa was losing consciousness for long hours, leaving her mother and younger brothers in a state of unimaginable terror.

“I started organizing our life, enrolling Haifa and Younis in school. Musa and Anhar are still out,” said Nada, who did not give in to the war’s consequences that affected her family. However, Haifa’s illness and treatment exhausted her, besides the high costs of this disease’s medicines.

Dr. Adel Melhi, Technical Director of the Epilepsy Treatment Center in Taiz, believes that war effects are not a major cause of Haifa’s epilepsy or brain injury, unless there is a direct head injury, adding that these events may be a reason for the aggravation or deterioration of her condition.

Nada attributed her daughter’s illness to the bombing that hit Taiz at the beginning of the war. “My daughter was young, and the sounds of the bombing frightened her, to the point that she sometimes passed out,” she said, “Because of our poor financial situation, I could not take her to a doctor at the time. My daughter’s illness broke me. She is always on my mind.”

“Six months ago, she used to go missing. I looked for her to find her unconscious in a corner of the single room we live in. The hours of fainting increased from five to six hours a day sometimes, and rarely decreased,” said Haifa’s mother, “So, I took her to a doctor in the area. He immediately diagnosed her with epilepsy and seizure foci. He warned me to quickly consult a specialist, saying the condition was still in its infancy.” This increased Nada’s fears. “I am now afraid of being away from home for a long time,” she added, “I just keep an eye on her all day.”

Visiting a doctor requires a lot of money and traveling to Taiz, whose eastern and southeastern outskirts are besieged by Ansar Allah forces (the Houthis), to Ibb, a governorate about 30 km to the north of Taiz, or to the capital Sana’a, says Nada. This is exacerbated by the family’s moving to live in Shar’ab al-Salam, a remote rural area to the northeast of Taiz, with no neurological clinics.

At the outbreak of Yemen’s war in March 2015, Haifa’s family was living in Taiz. For months, the city, like other Yemeni governorates, witnessed military clashes between the two sides of the war, namely the internationally recognized government and Ansar Allah (the Houthis), besides continuous bombing by the warplanes of the Saudi-UAE-led Arab coalition to support the internationally recognized government.

“She used to cover her ears with her hands and shout “Boom! Boom!” said Haifa’s mother with a bitter smile as she described her daughter’s condition upon hearing the sounds of bombs and shelling.

However, Dr. Adel Melhi, Technical Director of the Epilepsy Treatment Center in Taiz, told Khuyut he believes that war effects are not a major cause of Haifa’s epilepsy or brain injury, unless there is a direct head injury, adding that such events may be a reason for the aggravation or deterioration of her condition.

For his part, Dr. Fouad Mohammed Saeed, a pediatrician, told Khuyut that the war does have a catastrophic impact on children, but for epilepsy, a direct brain injury is required.

In the area where they live in now, Haifa and her mother visited a Sheikh seeking to be treated with the so-called ruqyah, an exorcism-like Islamic practice to treat illness with Qur’anic verses. The Sheikh recite some Qur’anic verses and convinced her that the disease was nothing but a “demonic possession.” The mother continued to visit him for two months to no avail before she decided to leave him and go back to the doctors.

“Epilepsy needs continuous treatment. If it is not treated effectively, it will lead to brain damage and atrophy,” said Dr. Melhi, “It can also lead to increased seizures, and frequent falls, which may lead the patient to serious disabilities, and sometimes a fatal fall if the patient loses consciousness in a dangerous place.”

Melhi, the technical director of the Epilepsy Treatment Center in Taiz, thinks the high prices of epilepsy drugs can be attributed to the lack of government or any alternative support.

“If her father had been with us, we would have treated her and taken her to a doctor,” said the mother, “But I cannot afford to buy anti-epileptic drugs, for being expensive and their prices are constantly rising.” Moreover, people with epilepsy need a healthy diet with lots of rich nutritious foods; something Nada cannot afford.

In turn, Mahmoud Al-Barut, Head of Afak Humanitarian Organization for the Care of Mental and Psychological Diseases, told Khuyut about the limited number of Yemeni organizations working in this field, besides marginalizing patients with mental health problems, despite their large number in Yemen, the lack of media coverage of their stories and suffering, and the exacerbation of the situation of children patients with epilepsy.

Haifa is one of these children, a victim of illness, destitution, and need, and whose situation is made much worse due to her family’s displacement and poverty.  Working in woodcutting and sewing in the village, the mother, the family’s only breadwinner, struggles to provide some income to help her family face their harsh living conditions.