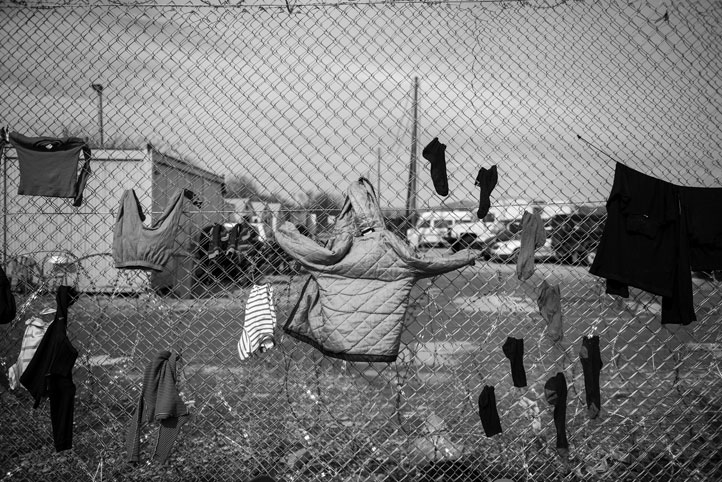 Report From: The New York Times

As about 900 children languish in fetid, disease-ridden detainment camps in northeastern Syria, the Western states their parents hail from have insisted they cannot take them back.

But last month, when a 7-year-old French girl was on the verge of dying if she did not receive urgent medical care, France sent a medical jet and flew her to Paris for treatment, leaving behind her mother, two brothers and twin sister.The repatriation of the girl, Taymia, was the rare exception, but proof, rights advocates said, that countries can take their children back when they want to.

“We have seen incredible hardheartedness when it comes to the responses of governments such as France that talk the talk about human rights,” said Letta Tayler, a senior counterterrorism researcher at Human Rights Watch. “If France could take one child out, why couldn’t it take the entire family?”

Human rights groups say leaving the children in Syria threatens their mental and physical health and risks their indoctrination with Islamic State ideology, which is widely followed in the camps and could create a new generation of violent jihadists.

The children lack education and adequate health care, and there are often shortages of food and clean water. Infectious diseases are rampant, killing dozens of people a month. There are increasing fears of the coronavirus, but there have been no confirmed cases because there has been no testing, according to the International Crisis Group.

Some children have lived in the camps for years, and at least nine children of European parents have died of preventable causes in recent years, according to Yasmine Ahmed, executive director of Rights and Security International, an advocacy group.

Some countries have taken many of their children back. Russia, Kosovo, Turkey, Uzbekistan and Kazakhstan have repatriated more than 100 women and children each.

But most Western governments have been reluctant to do so, citing obstacles like the difficulty of confirming parentage, the danger of sending diplomats into a war zone and not wanting to separate children from their mothers, whom the countries mostly do not want back

.When the Islamic State seized territory the size of Britain that spanned the Syria-Iraq border in 2014, declaring it an Islamic caliphate, tens of thousands of adherents flocked there from around the world, including many Westerners who brought children with them or gave birth after they arrived.

Those who survived the American and Kurdish-led military campaign against the group that ended more than a year ago were detained. The men were locked up in makeshift prisons and the women and children in the camps.

While repatriating the adults raises difficult questions about how guilty and dangerous they may be, a network of activists, lawyers and relatives in Europe and North America has pressed governments to bring the children home, arguing that they did not choose to go to Syria and should not suffer for their parents’ sins.

But the advocates have had limited success, often because the governments do not want to deal with the children’s parents.

“There is a line of argument that the kids are not to be blamed, but we will not help them because there will be a mother and potentially a father who will come out of the woods and insist to be joined with the kids,” said Tyge Trier, a human rights lawyer in Copenhagen who disagrees with the policy and is working to bring Danish children home.

Despite the difficulties, 20 countries have brought home some children,  according to Ms. Tayler of Human Rights Watch. The United States has brought home 15 children, a State Department official said, but did not say how many remained.

Twenty-six children of Canadians are stuck in northeastern Syria, most of them age six or under, Ms. Tayler said. They include a four-year-old orphan, Amira, who was born to Canadian parents in Syria and whose family was killed in the battle against the Islamic State.

Her uncle has been trying to bring her to Canada, but the Canadian government has refused to allow it.

Other countries have followed a case-by-case approach that gives priority to sick children, because the governments do not want them to die in the camps, and orphans, who can be repatriated without the encumbrance of their jihadist parents.

That policy has left behind children who are healthy or whose parents are still alive.

The issue of repatriation is particularly thorny for France, where Islamic State attacks have killed more than 250 people, turning a majority of French people against the repatriation of jihadists and their families.

Of the roughly 300 children of French parents in Syria’s camps, only 18 have been repatriated.

The Kurdish forces who run the camps have called for the repatriation of all foreigners, arguing that they cannot detain them indefinitely in an unstable region.

But the French government regards women who joined the Islamic State as fighters who should be tried where they committed their alleged crimes, meaning in Syria or Iraq.

That policy has left some French families with few options.

The parents of one French ISIS fighter have been trying for years to get their four grandchildren and the children’s mother out of a Syrian camp and back to France, to no avail.

“There is no compassion or humanity for these children,” said the grandfather, who gave only his last name, Lopez, to protect the family’s privacy.

Taymia’s journey illustrates how complicated such cases can be.

Her parents brought their four French-born children, including Taymia and her twin sister, to Syria with them and had another child there.

In 2015, her father, a well-known French jihadist, appeared in an ISIS propaganda video with her oldest brother as the boy executed a prisoner with a gunshot to the head. Both were killed in 2018.

A French official, who spoke on condition of anonymity, said France was working to repatriate as many children as possible.

Last year, as the United States commemorated the 18th anniversary of the Sept. 11 terrorist attacks, a group of leading national security experts warned in an open letter that life in the Syria camps “fuels the Salafi-jihadist narrative of grievance and revenge that has proven so potent in recruiting followers.”

Leaving so many people there, the experts said, risked allowing history to repeat itself.

“The kids are going to be worse than their fathers,” Taymia’s mother said. “I don’t want them to grow up there.”