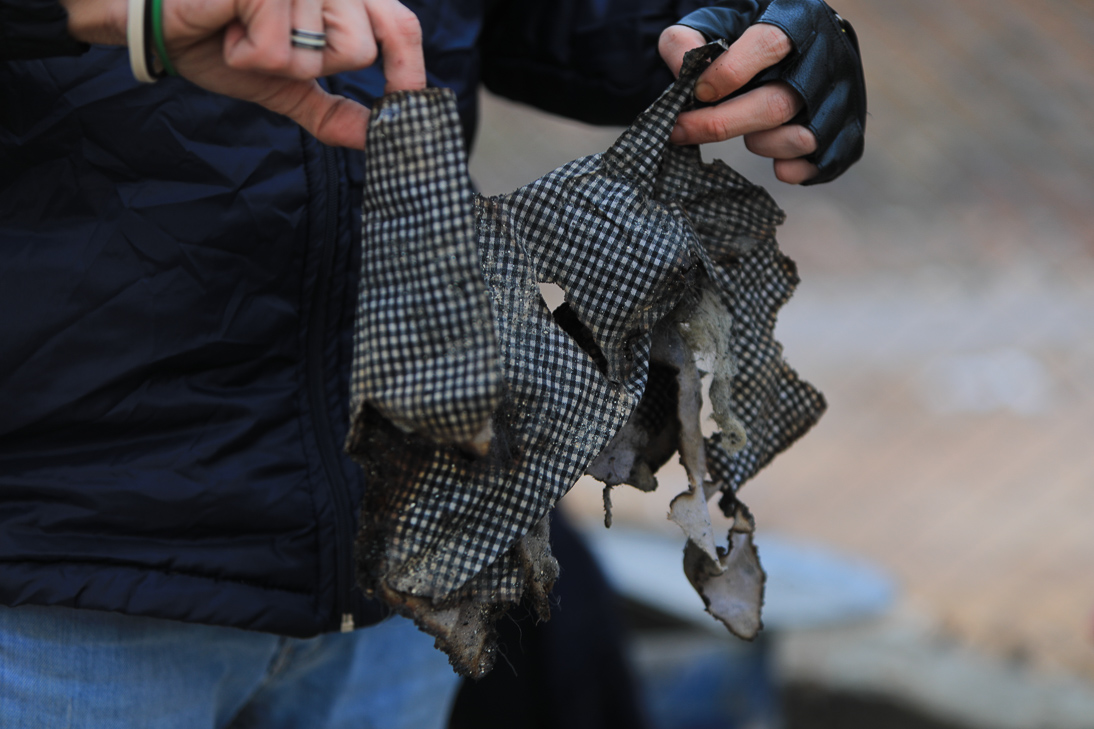 In his soot-blackened hands, Nour El-Din stood stunned and speechless, holding and staring at what is left of a pink coat. A short time ago, this coat was on the body of a little girl, whose heart shivered of cold in a snow-buried tent.

Now, that heart no longer beats, and the coat is not usable anymore. The girl who was wearing this coat and her sister died after their tent caught fire, putting  a tragic end to the displaced family in the Abraz camp in Afrin’s countryside, northern Syria. 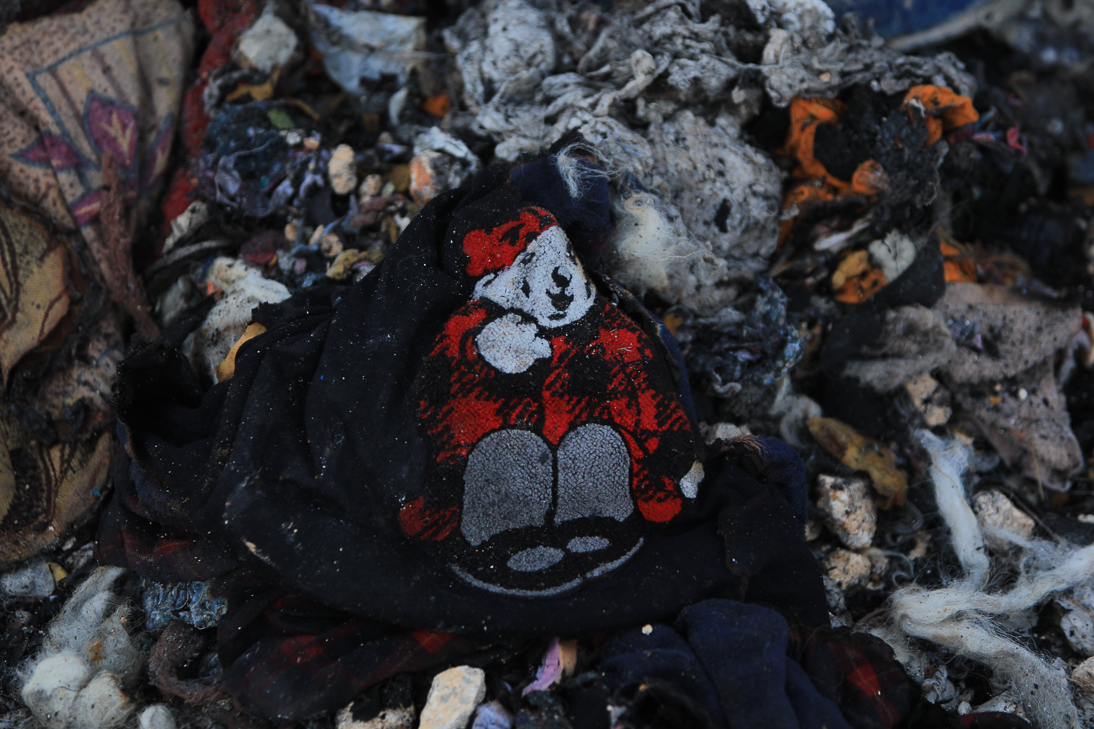 Five-year-old Intisar and her three-year-old sister Leen died in the tent fire. Their mother survived the fire to face what is more difficult than being burnt to death. Now, she is destined to spend the rest of her life in agony over her two lost daughters, who died in search of warmth from a simple, unsafe heater.

Passing by the two displaced girls’ tent, you would find nothing but their traces; a burnt-out dress here, and the humble rug where they used to sleep without managing to feel warm. 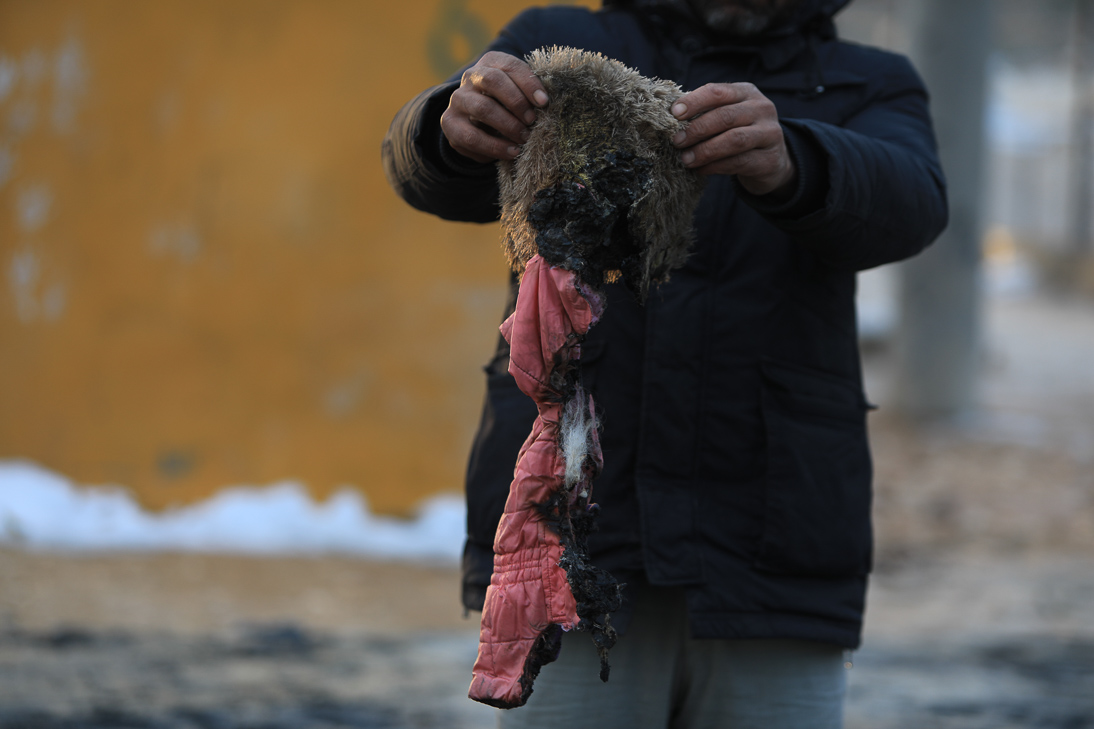 Intisar and Leen’s neighbors feel heartbroken for them. They can forget neither the smiles on Intisar’s face while sitting next to her tent, nor Leen’s jumping and playing in the few moments of joy she knew in her short-lived childhood.

For the residents of the displaced camps in northern Syria, last week’s snowstorm was a nightmare. With their poorly-equipped tents, exceptional weather conditions pose a great threat to the displaced.

That was exactly what happened with the sisters’ family. In an instant, the heater exploded and the tent caught fire. Soon, the flames swept through the rest of the tent, and smoke filled the entire place. The two girls and their mother were unable to move. The daughters start to suffocate until they died. 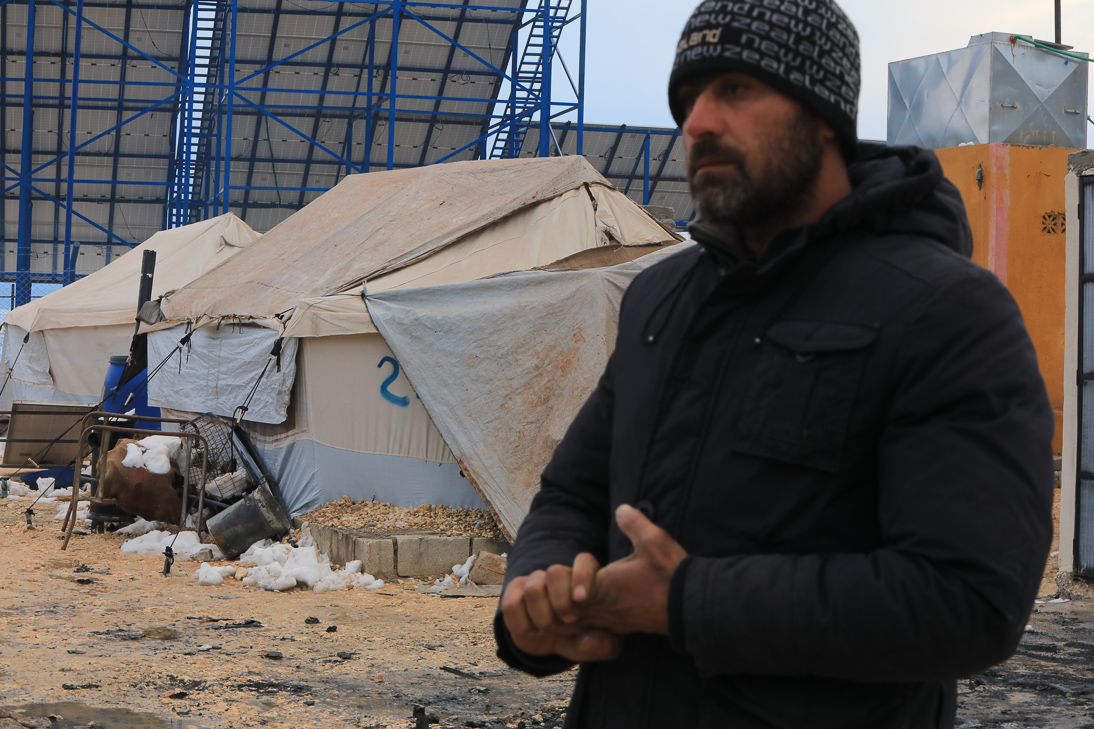 While holding the remains of the two girls’ belongings, signs of shock were clearly visible on Nour El-Din’s face. A relative of the family, he also leads a tragic life that is no less harsh than that of the lost sisters’ family.

Nour El-Din opened his mobile phone and showed Tiny Hand a photo of the two girls hugging each other. They might also have died while embracing each other; a hug full of screams, love, and fear, one may wonder.

Standing next to the remains of the burnt tent, Nour El-Din explained that only 10 seconds were enough to bring disaster to the family who was displaced to the camp eight months ago.

In the vicinity of the burnt-out tent, a woman bemoans the death of the two girls, her situation, and the harsh living condition of the displaced in the camp. 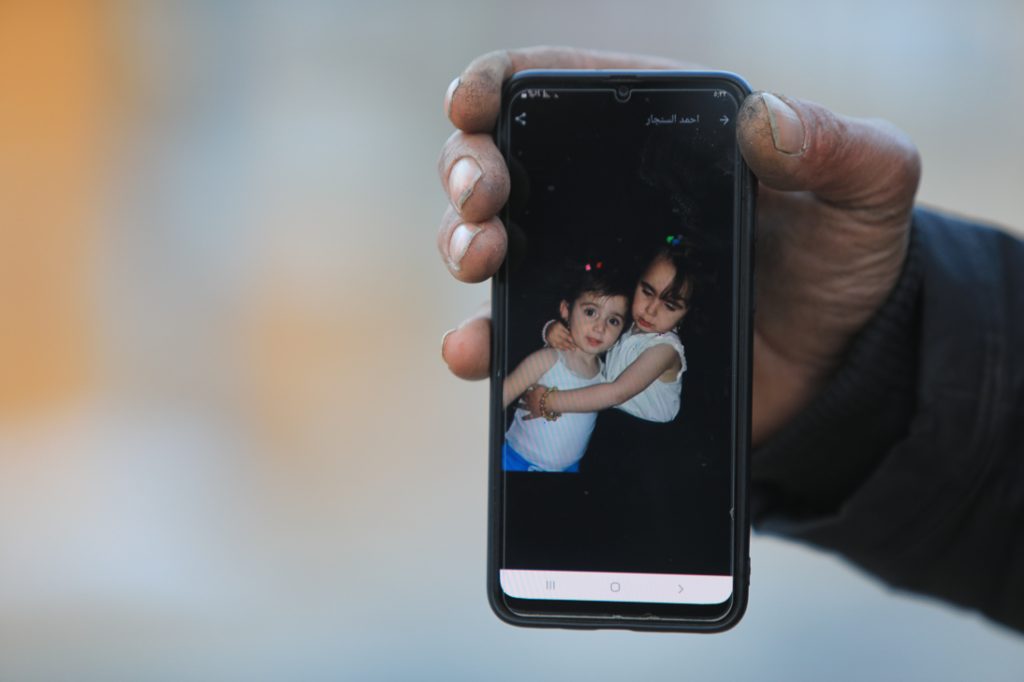 The tragic, shocking fire frightened the rest of the families who struggle daily to warm their children up.  “My family and I feel cold all day,” said the woman, “We are now reluctant to use the heater for fear of facing a similar fate.”

Now, Intisar and Leen passed away, leaving behind their family’s agony, and the site of their tent to bear witness to a recurrent winter tragedy in the camps of Syrian displaced and refugees, for whoever does not have his tent burnt, would find it flooded by rainwaters or buried in snow.

With unsafe heating methods, tents have always been risky to their occupants increasing the risk of respiratory diseases and complications due to smoke inhalation, say Doctors Without Borders/ Médecins Sans Frontières.

The United Nations estimates there are over 1.6 million people in over 1,300 makeshift camps spread in northern Syria, hundreds of which are informal and lack the basic needs of life.

Now that Intisar and Leen have gone, who will rescue the rest?

Nahla, the Little Syria Girl in Chains, Dies of Starvation and Torture

Do you love your father? Yes, I do. What does he do to you? He ties and beats me! It is a video which is a few seconds long. It had followed the murder of the five-year old Nahla Othman who lived in a refugee camp in Syria. …