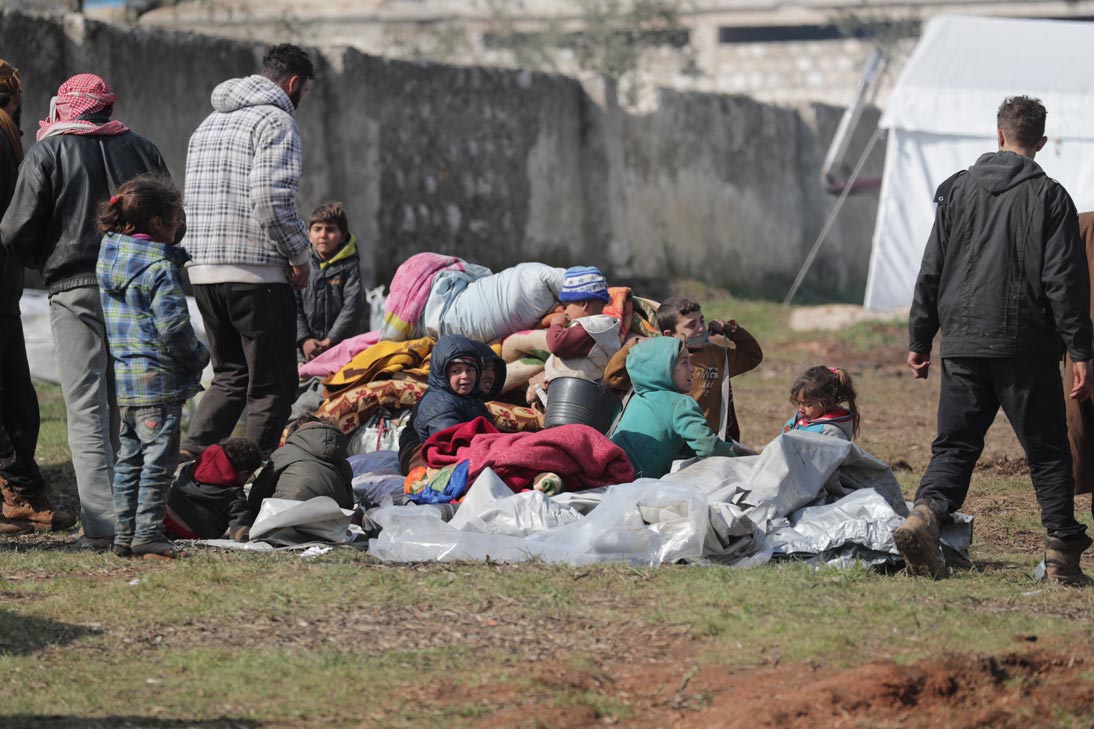 By: Irwin Redlener/ directs the National Center for Disaster Preparedness

You may not realize it from the news coverage, but we are witnessing one of the worst humanitarian crises in modern history. Resurgent fighting and violence around Idlib, Syria, have produced the largest wave of human displacement in Syria’s nine-year civil war.

But with the rapidly emerging global crisis related to the uncontrolled spread of the lethal new coronavirus, as well as the 2020 presidential election, these refugees and displaced civilians are simply not getting the attention this humanitarian catastrophe deserves.

All of this means more misery and danger for children who have been living under chronic instability and persistent disruption for close to a decade.

With some 560,000 Syrian children displaced since this past December and an additional 2.5 million children living as refugees in neighboring countries, there’s no respite in sight. In fact,

it’s getting worse: More than 140,000 Syrians were displaced from their homes over a three-day span this month alone. UNICEF Executive Director Henrietta Fore has called the situation in northern Syria “a child protection crisis of unprecedented scale.”

The problem is that this bright-eyed child had already missed more than two years of school with little prospect of resuming her education in the foreseeable future. The aspiration she dreamed of would be essentially unattainable.

Children of course need immediate humanitarian assistance and freedom from the trauma of unending war. In addition to the fatalities among children attributed to virtually nonstop attacks and counterattacks from Turkish, Syrian and Kurdish forces, as many as 130 Syrian children died of hypothermia in northeast Syria last year alone. This year, even more are at risk and need urgent protection.

But they also desperately need a “normal” life of routine, including access to health care, social stability and a good education. Children are especially vulnerable to both the short-term consequences of the acute humanitarian crisis and the long-term impact of persistent trauma, psychological stress and educational disruption.

And the worst may yet be to come.

The coronavirus has already hit Lebanon and Iran; it’s entirely possible that it will run rampant through the Middle East, including the war zone in northern Syria.

The United Nations reports 53 medical facilities have closed or stopped operations in Syria — many of which, including two recently in Idlib, have been deliberately attacked — making it difficult to envision how Syria would even begin to manage a deadly outbreak.

Still, we should not throw up our hands in despair. There are strategies that could help children and families — and bring stability to the region

By: Angelina Jolie/ Actress, special Envoy of the U.N. High Commissioner for RefugeesArticle
…