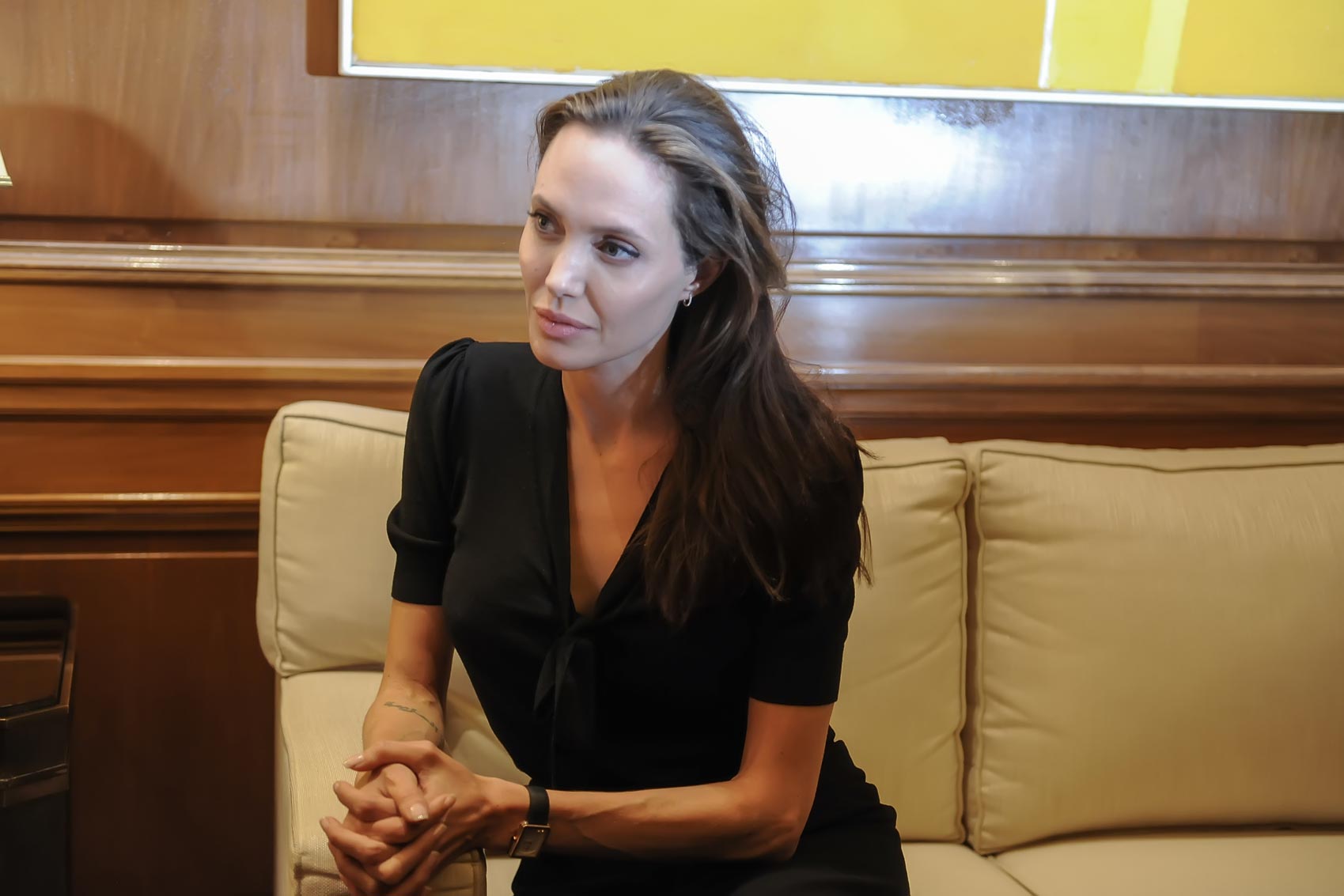 By: Angelina Jolie/ Actress, special Envoy of the U.N. High Commissioner for RefugeesArticle

A few months into the Syrian conflict in 2011, I visited the Jordanian border at night, where shell-shocked Syrian families were crossing under cover of darkness to avoid sniper fire. A medic at the border post told me about a family who’d recently arrived. They carried with them their wounded 8-year-old son and his amputated leg.

His leg had been severed in an airstrike. He’d begged them to bring it with them as they fled, in the hope that it could somehow be reattached.

At the time, I hoped that stories like his might force the world’s rich and mighty countries to intervene to stop the violence. But now, nearly a decade later, it strikes me as a metaphor for the Syrian conflict itself: the shattered innocence of a generation of children; the irreversible damage inflicted upon a secular, multiethnic society; and the years of pleas for help that have gone unanswered.

I’ve been to the Syrian region some 10 times since the conflict began. At first, the families I met were hopeful. They said, “Please, tell people what is happening to us,” trusting that once the truth was known, the world would come to their rescue.

But hope curdled into anger and the struggle for survival: the anger of the father who held his baby up to me, asking, “Is this a terrorist? Is my son a terrorist?” and the pain of families I met who faced daily choices about which of their children would get scarce food and medicine.

We’ve seen countless images of Syrian children asphyxiated by gas, maimed by shrapnel, drowned on the shores of Europe or–as I write–freezing to death in the cold of Syria’s Idlib province. None of it has been enough to override the brutal indifference of the competing forces and interests contributing to the destruction of Syria.

Far from healing Syria’s wounds, the response of some external powers has been to inflict further injuries, bloodying their hands in the process. Other countries have focused on the fight against terrorism or on the humanitarian relief effort, while the war itself has bled ever more fiercely.

Laws prohibiting the killing of civilians, the bombing of hospitals and schools, or mass rape; treaties banning the use of chemical attacks; the Responsibility to Protect pact, signed by U.N. member states; the Security Council’s powers to act to stop a conflict–the U.N. Charter itself–all lie broken, unused or misused in the Syrian conflict. Since 2014, the U.N. has been unable to count the dead in Syria. Some estimate that over half a million Syrians have died.

Politicians often imply that we face a choice between open-ended military and diplomatic interventions of the kind we’ve seen in Iraq and Afghanistan, and leaving other countries to fend for themselves, sending whatever amount of humanitarian aid we’re willing to supply, and sealing ourselves off. Syria is proof that a lack of leadership and diplomacy has consequences.

It also raises fundamental questions for us as Americans: When did we stop wanting to stand up for the underdog, for the innocent, for those fighting for their human rights? And what kind of country would we be if we abandoned that principle? There is a lot of focus in America today on self-preservation. But peace is almost always fought for hardest by those who really understand war. History shows that when we fought for the liberation of Europe in World War II, or contributed to building the postwar global order, we did so for our own interests–and we reaped the benefits. When America was attacked on 9/11, many countries made common cause with us because we had earned their friendship.

We’re watching the brutal endgame of the war in Syria as if it has little to do with us. But it does. We should be using our diplomatic power to insist on a cease-fire and a negotiated peace based on at least some measure of political participation, accountability and the conditions for the safe return of refugees.

The alternative is that Syria stands as an infamous new reference point for the brutality and destruction that it is possible to inflict with impunity upon a civilian population–and it will fall on the already loaded shoulders of the next generation to rebuild a shattered international system.