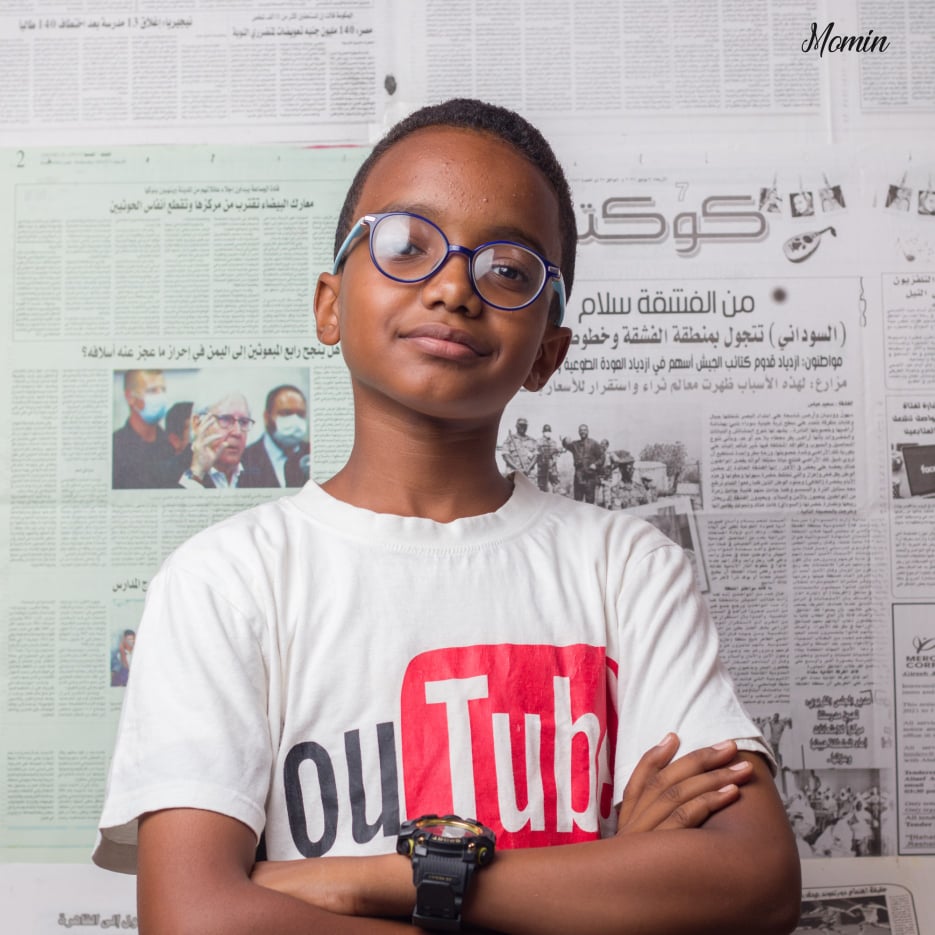 In a humorous style, 14-year-old Soliman films videos to upload to his YouTube channel to speak of various aspects of how life is like in Sudan, believing his country deserves to be well known by all.

His full name is Soliman Sabry and he lives in the city of Sennar in a house which he describes as the “most beautiful ever.” In an interview with Tiny Hand, he said his country is “the most beautiful land”. “Everyone in the whole world should know more about the Sudanese treasures,” he added.

Now, make yourself a cup of coffee and get ready to be taken on a tour into Soliman’s YouTube channel. His father has supported him to create the channel. However, its content is made solely by Soliman, namely the ideas, videos, as well as montage and video editing. The channel currently has around 1500 followers. The episodes are divided into four playlists: “Great Sudanese Figures,” “In Sudan,” “We Asked People,” and “Vlogs (meaning Video Blogs)”.

His channel reflects his personality which he describes as “half humorous, half serious.” He learns from his mistakes and the comments he receives on his videos and he never allows such errors to stop him from carrying on. Even more, whenever he reads a negative comment on any of his videos, he reacts “humorously with it and feels neither frustration nor despair,” as he puts it. That is because he has set a goal for himself; that is, he wants his channel to achieve success and wants to become the most famous content creator not just in Sudan but in the whole world. “To cut a long story short, I hate failure and adore success!” he asserted.

But how did the idea of making such videos come into his head?

Soliman used to live in Saudi Arabia along with his family. Throughout that time, they did not go out that much, he narrated. “I used to spend my time watching videos on YouTube. That is how the idea of creating and posting content came into my mind!” he continued. It all started in 2015 when he posted technical content that provided a variety of advice on that field. Whoever follows Soliman’s channel will notice the progress in the videos he makes, especially the video entitled “The Weirdest Figure in Sudan” which he counts his favorite.

This video marks a leap in his content and its quality on all levels, especially when it comes to video-making and video-editing. Having made a tour, we selected for you some video titles that attracted our attention:

·      The Story of Awadia Samak’s Struggle (who is the owner of the biggest fish restaurant in Sudan).

·      The Story of the New Educational Curricula

·      Who is the Sudanese Scientist Assigned the Most Dangerous Mission by NASA?

·      Vlog: Assembly of Sudanese Photographers (Here is an experiment which Soliman carried out, filming street life. He met and interviewed older people).

At the end of his interview with Tiny Hand, Soliman provided a piece of advice to anyone who is interested in content creation: “You have to start and persevere in your journey in order to attain success. Meanwhile, you need to ignore any negative comments you might receive!”

Photography is one of his hobbies; he considers it important because it teaches him how to stay focused and attentive.