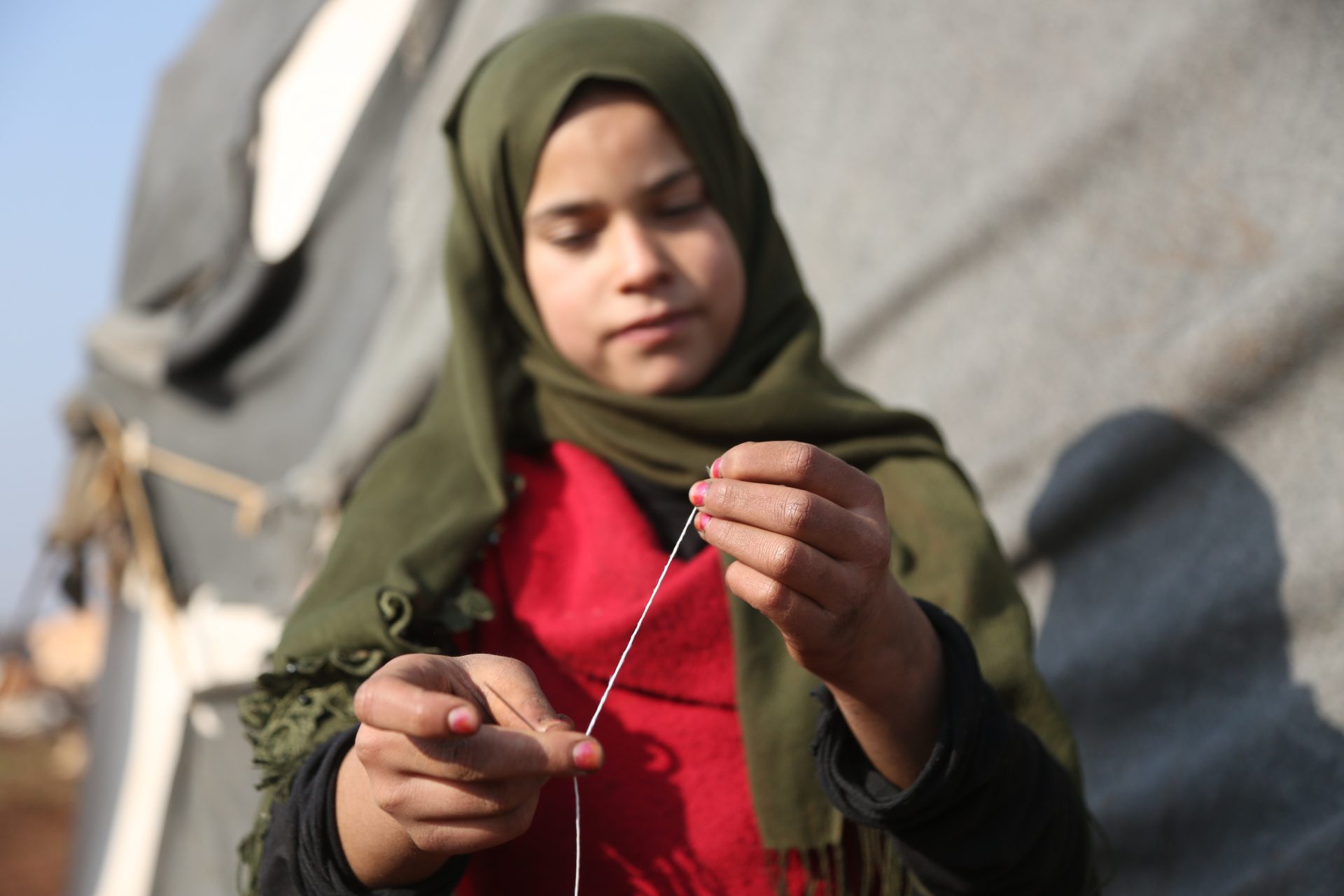 In a muddy yard, Hiba  holds a spool of white thread. At first, you might think the little girl is about to make a kite to run after in the camp. You would also imagine her drown in laughter and joy. But in fact, these threads are Hiba’s  only “shield” to survive.

The 12-year-old girl lives in a camp in northern Syria. Waves of displacement threw her and her family into a worn-out tent that can neither withstand the lightest gusts of wind nor help them find warmth or safety.

Sewing threads have different meanings and stories for Hiba. If you show her a thread, she will recall many past memories. “I wish I had not lived those moments that had imprinted those unforgettable memories on my mind,” she would say.

With her cold little hands, Hiba uses these threads to sew her cracked tent. She tries what she can to keep the cold out, preventing it from creeping in through the cloth or the nylon installed to the poles. In a sad voice, she explains that every time she knits her tent, it gets torn off again. 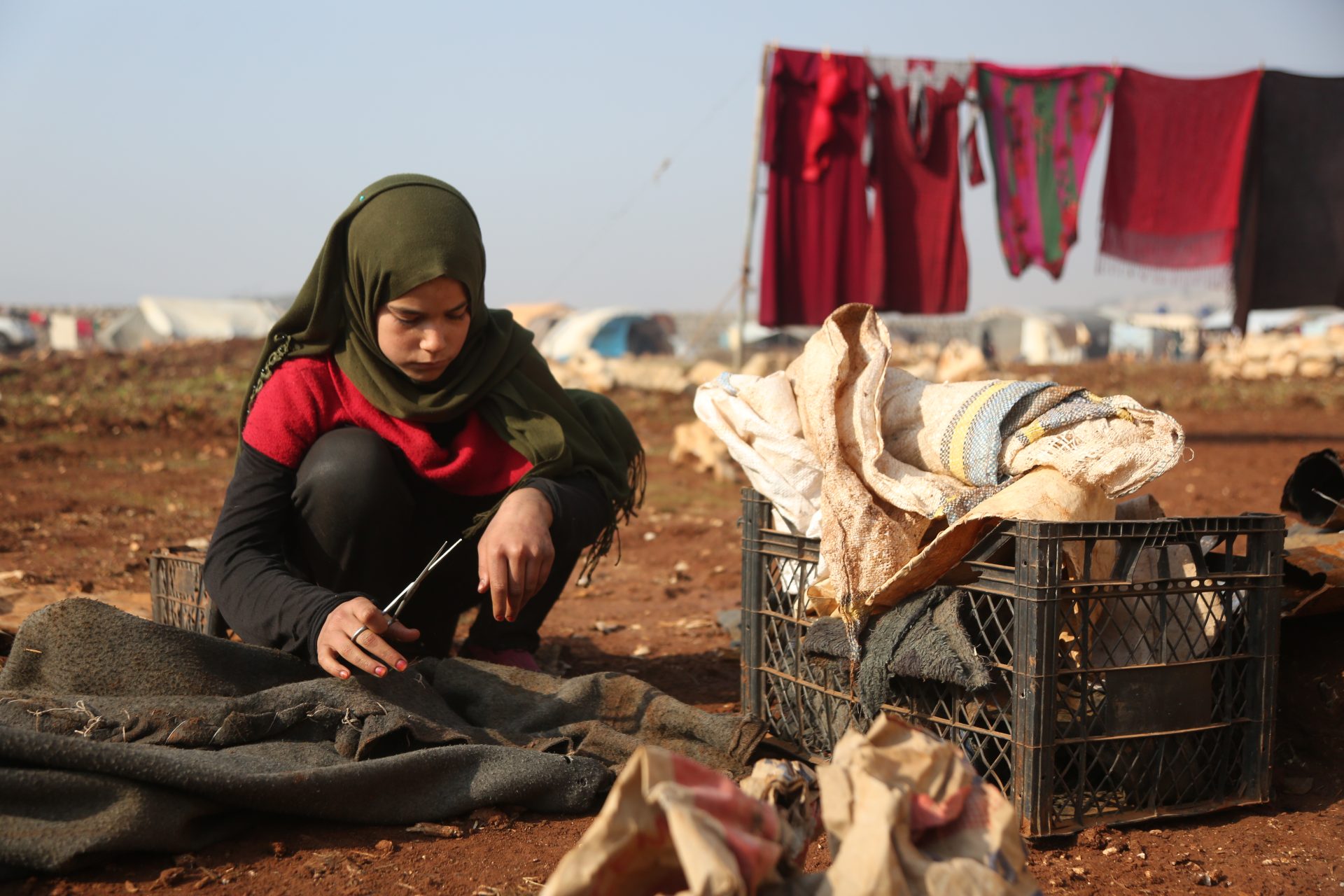 The threads have taught Hiba how to stay hopeful and persistent. Although she knows that what she would sew will be torn apart again as the wind blows relentlessly, she always hopes that her threads will hold up and do not get worse.

For Hiba, threads also mean some warmth, and some privacy in their tent, yet, they also mean a lot of fatigue and misery at the same time.

For the camp dwellers, Hiba is known as “The Dressmaker Girl.” She is professional in sewing tents, sewing the cracks and holes in them, no matter how big they are. Continuous suffering has taught her the craft of sewing. Whenever a tent becomes harsh on her, Hiba would also be harsh back on it with her threads. She would only come out victorious.

Hiba does not hesitate to help her neighbors survive the wear and tear of their tents, especially in wintertime. She goes out on her own to weave the tents of the people who share with her the same daily misery of living in camps.

Hiba does not only take care of herself, her family, and neighbors to combat the harsh cold. She also makes clothes and pillows for her only doll she keeps in the tent.

Hiba is just one of more than 1.6 million people sharing this dire situation in northern Syria, distributed among 1,300 camps, hundreds of which are slums that lack the minimum necessities of life, according to UN statistics.

Every winter, camp residents re-experience the same suffering, with their tents flooded by rainwater or buried in snow.

Moreover, the tents themselves are risky to their dwellers, given the unsafe heating methods used inside. They also increase the risk of respiratory disease incidence and complications resulting from smoke inhalation, says Doctors Without Borders (Médecins sans frontières).

Hiba and the children in the camps hope that they will never be one day a mere figure in the annual reports of the displaced people who die in their tents because of cold or the fires that break out due to the bad heating means.