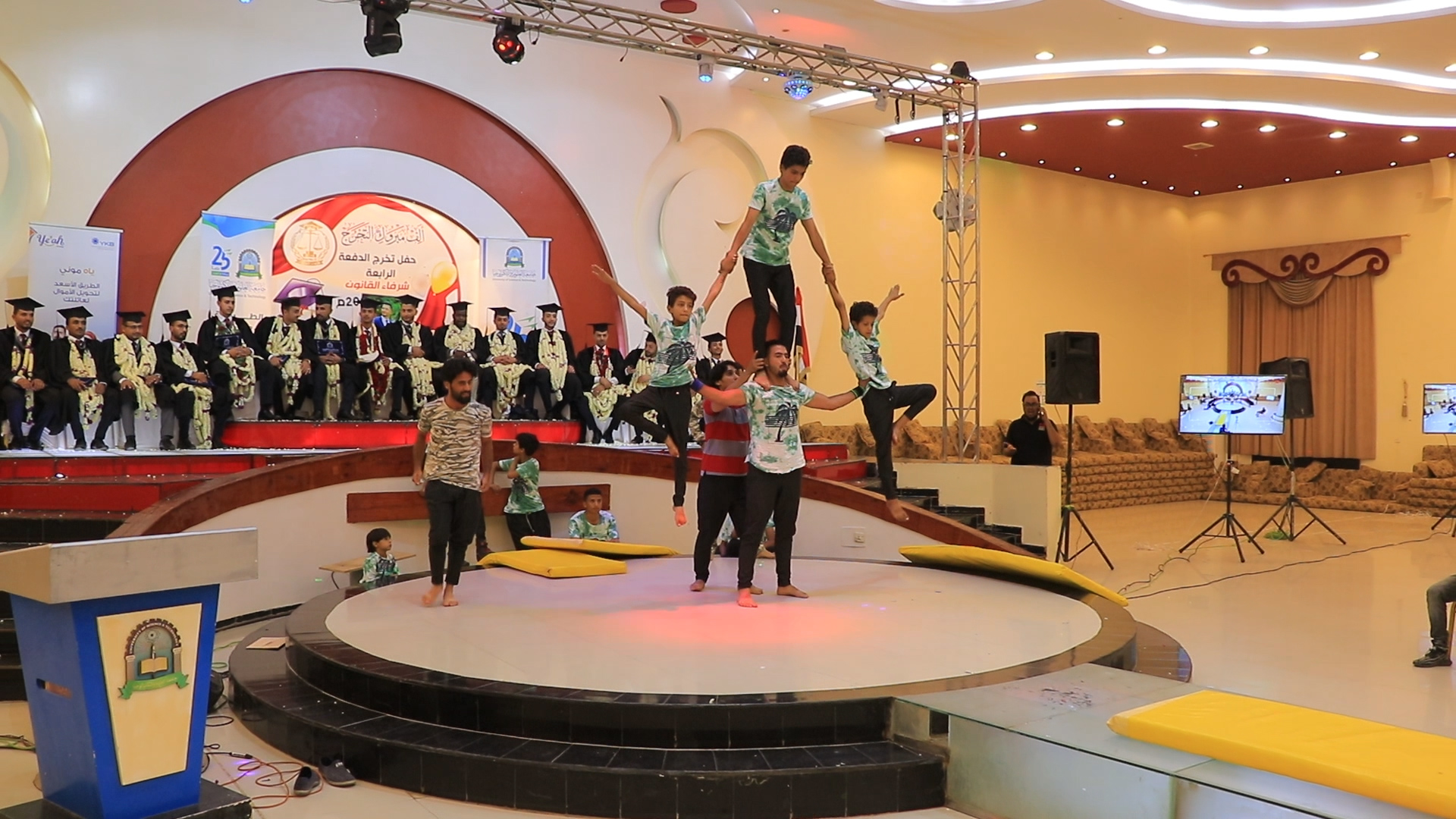 This article was done in collaboration with Almushahid

They started rehearsing in the ruined roads and on the different pavements of the Yemeni city of Sana’a. Neither did the ongoing war nor the scarcity or absence of resources prevent them from fulfilling their dreams and founding a circus in Yemen.

Abdul Jalil Abbas is the leader of the group. He is a gymnastics trainer. He formed this team with his comrades two years ago. He had ultimately succeeded in attracting event planners to invite his team to make various acrobatic shows.

However, their true beginning preceded the war, namely since 2000. It was when Abbas embarked on learning gymnastics. He had an injury in a 2011 championship.

However, none of this prevented him from fulfilling his dream.

In 2019, the fourth year of the war, Abbas and Mohamed Hassan, formed the Yemeni Circus ensemble. It is composed of 12 circus artists who love the game. Their presence has become part and parcel of school, university, and sport celebration programs in Sana’a.

Abbas told Almushahid, “When I formed the Yemeni Circus ensemble, we used to perform in As-Sab’ain District, on pavements, as well as in parks, streets, and everywhere. We started off! We continued our rehearsal daily, in spite of the war and lack or absence of potentials.”

Nowadays, the closed sports hall in one of Sana’a schools gets full of vigor from 2 p.m. every day, except Thursdays and Fridays.

Youth and children are trained by a team of trainers on top of whom is Abbas. Each morning, the ensemble gets engaged with acrobatic shows in celebrations. They are encouraged and applauded. In the evening, they carry on their exercises.

Abbas added, “This is our daily program. We have to exercise. We have to perform shows. We have to continue that we might raise Yemen’s name in international gymnastics contests.”

The audience’s interaction with the shows and keenness on inviting the ensemble to proms and the like prove that Yemeni people cling to life and peace. The audience of both sexes, young and old, await the circus show in schools’ and universities’ parties. At the end of the show, people hurry to take the ensemble’s address. They would encourage their children to take up gymnastics and acrobatics training.

Captain Ahmed al-Mahjari, the trainer of juniors in Sana’a, said that people are very keen on taking their children to the training hall on time, in spite of the circumstances. He pointed out that this proves people are interested in the ensemble and desire to watch their children perform those lovely shows.

“Now, we should leave the training hall, for the children have started coming to take their training on various acrobatic feats.”

After years of violence half the population is going hungry and 400,000 under fives are at risk of dying from malnutrition…