This girl wins gold medals in shoes made out of tape 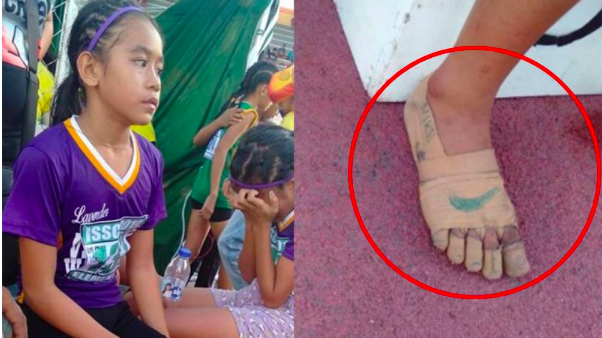 An 11-year-old girl from the Philippines Rhea Bullos has become an internet sensation after her against-the-odds story went viral.

Rhea Bullos captured the world’s attention after competing at a recent athletics meet with ‘trainers’ made out of bandages.

Trainer Predirick Valenzuela, whose photo of Bullos’ feet on social media has gone viral, said she showed her raw talent after taking up athletics only a month ago.

He added that a pair of running shoes could make a big difference to her in the future.

“Winning three medals in a competition like that is difficult, but she did it,” he said by telephone from Iloilo.

Upon meeting with Tiny Hand, Aisha Al-Sharbiti, a Bahraini volunteer girl, narrated all what she encountered during her voluntary journey including the story of a little girl named “Sham”. …

‘Now we don’t have to be afraid’! Syrian family who made it to safety in Turkey

In a video shot by her father, three-year-old Salwa listens intently to the rumble of military hardware in the distance. …