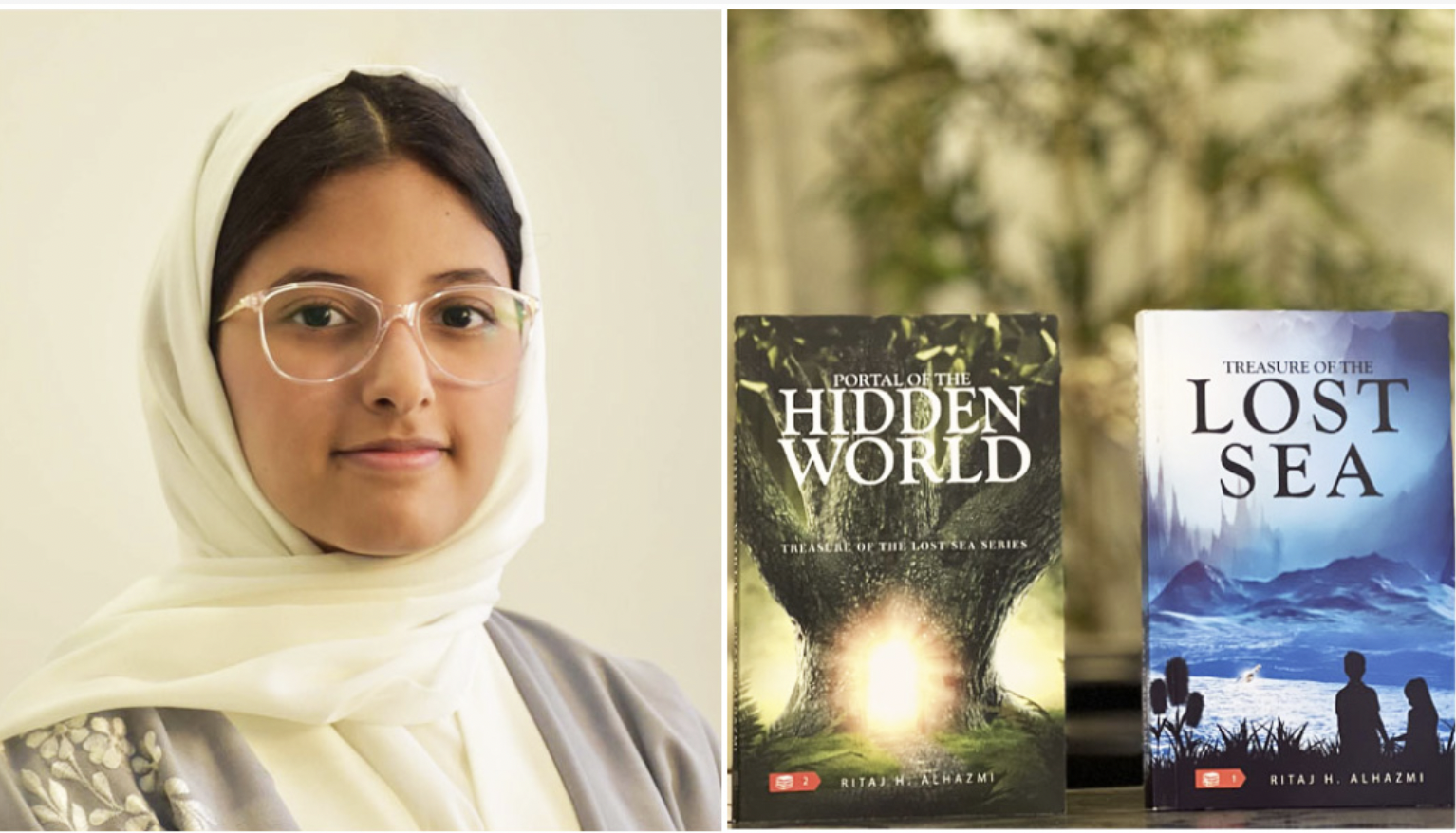 Treasure of the Lost Sea, Portal of the Hidden World, and Beyond the Future World are all titles of novels written by the world’s youngest person to publish a book series (female).

Ritaj Hussain Alhazmi (Saudi Arabia) was aged 12 years 295 days at the time of her record being verified.

Ritaj creates fiction stories for children to help them think more creatively and widen their imagination, selling the books through her online store and many other online portals.

“I started writing at the age of six while I was accompanied by my family to study abroad,” she said.

She published her first novel, written in English and titled Treasure of the Lost Sea, in 2019. Her second book, titled Portal of the Hidden World, was published in November 2020.

After her second book was published, Ritaj qualified for the record for the youngest person to publish a book series (female) and after her application was reviewed, was awarded the title.

Ritaj followed this up with her third novel, Beyond the Future World.

Treasure of the Lost Sea tells the story of two siblings who live on a deserted island with a poor family. Their lives are full of challenges, hardships and perseverance.

But then, something happens, and their lives take an unexpected turn towards a new world in which they embark on an adventure and become its heroes.

Upon meeting with Tiny Hand, Aisha Al-Sharbiti, a Bahraini volunteer girl, narrated all what she encountered during her voluntary journey including the story of a little girl named “Sham”. …