Cold and death: the story of a Syrian girl dying on her father’s shoulder before reaching hospital 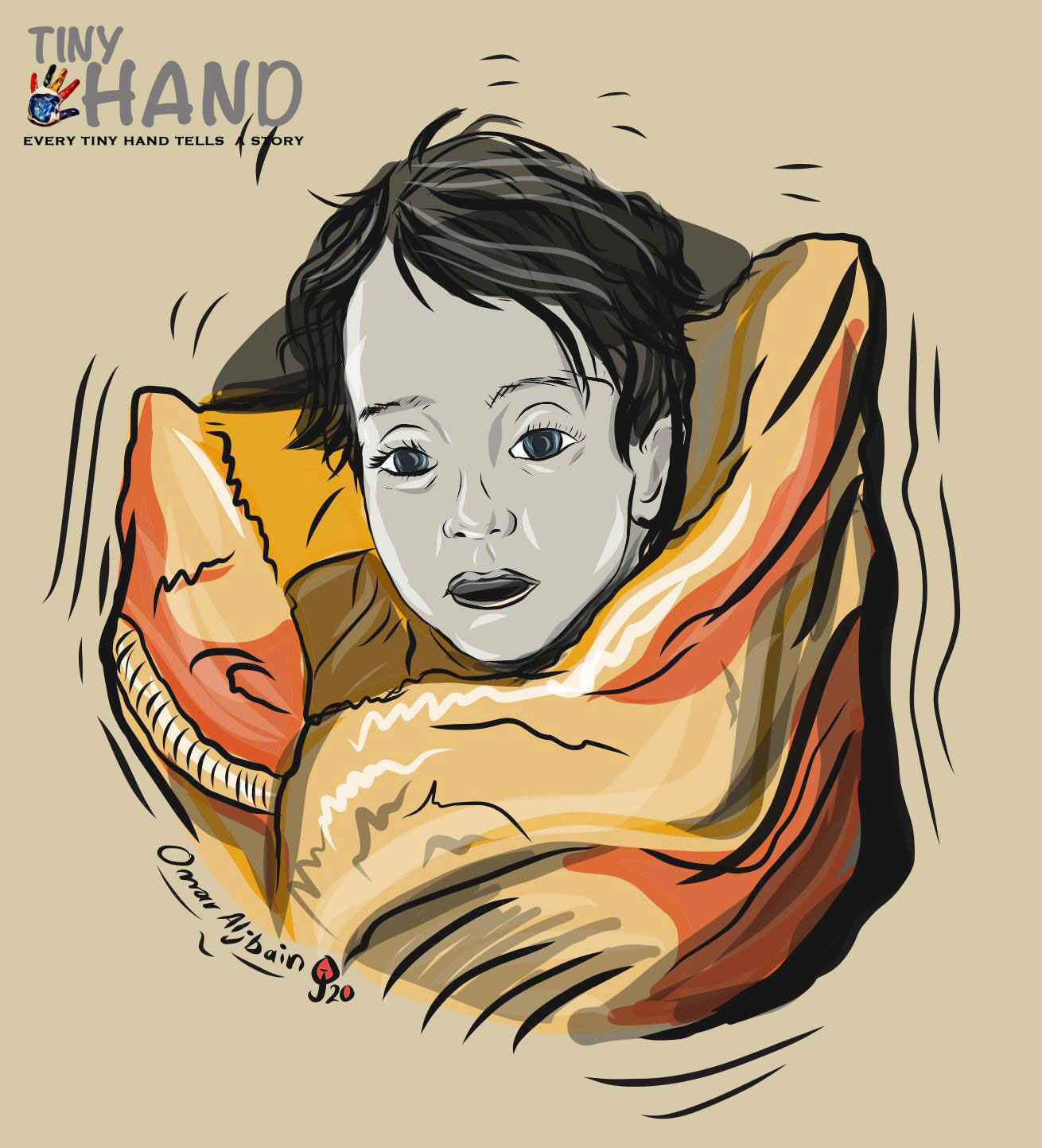 With a sad and surprise look on her face, a Syrian child opened her angelic mouth and made her last breath on her father’s shoulder.

She died on her father’s shoulder, who defied the wind and snow to rescue her at the hospital.

This gives a brief account of the scene witnessed by Dr. Hassan Adnan of a Syrian child, Iman Ahmad, at Afrin hospital in north-western Syria.

It was five o’clock at the dawn of the 13th February and in a temperature dropped to minus five degrees Celsius, when the child’s father reached Afrin hospital in north-western Syria where Dr. Hassan works.

In a Facebook post that went viral and shared by hundreds of people, Dr. Hassan said, “The child’s father walked a two-hour distance from the camp to the hospital.”

Once he arrived to the hospital, Dr. Adnan hurried to check up the child but he realized that it has died for an hour! He noted, “Her father was carrying her corpus without knowing she has died.”

What does it mean that your child dies on your hands from cold?

Although the camp in which the black-eyed child with her charming smile had lived is located some kilometers away from the hospital, the rough road and cold winds have not showed mercy to her. According to the doctor, she had a mild respiratory infection but the cold was tougher than her fragile body.

The crisis in northwest Syria is turning into a child protection crisis of unprecedented scale. Violence over the past week has forced 6,500 children to flee every day, bringing the total number of displaced children in the area to more than 300,000 since early December.

“UNICEF estimates that 1.2 million children are in desperate need. Food, water and medicine are in short supply. Children and families are taking refuge in public facilities, schools, mosques, unfinished buildings and shops.

Many are simply living in the open air including in parks, amidst heavy rains and in the freezing cold. Access to the most basic services like health, water or sanitation is either very limited or non-existent.

“In Idlib, where more than three-quarters of the population in need are women and children, many families have suffered multiple displacements and are increasingly desperate – with no way to safely escape the violence.

“The crisis is taking a deadly toll on children: Of the 900 children killed in Syria in the past year alone as a result of the conflict, more than 75 per cent were in the northwest. Idlib recorded the highest number of child casualties.

“Through our partners on the ground, UNICEF continues to deliver assistance to families in need including those recently displaced. This assistance includes hygiene kits, safe water, vaccination for children against diseases and screening and treatment of malnutrition.

“The delivery of life-saving assistance is critical and should continue. It will not, however, bring an end to children’s suffering.

“Violence must stop, for the sake of children.

“UNICEF calls for an immediate cessation of hostilities by all parties to allow children and families respite from the violence, the resumption of basic services and the unimpeded delivery of much needed humanitarian assistance to every child in need.”

From inside a cloth tent, erected on muddy ground, rise sounds full of life despite a surrounding that calls for nothing but despair. Here, alphabetic letters are written and erased; numbers are added and subtracted; songs resound, and dreams are drawn on notebooks’ pages….