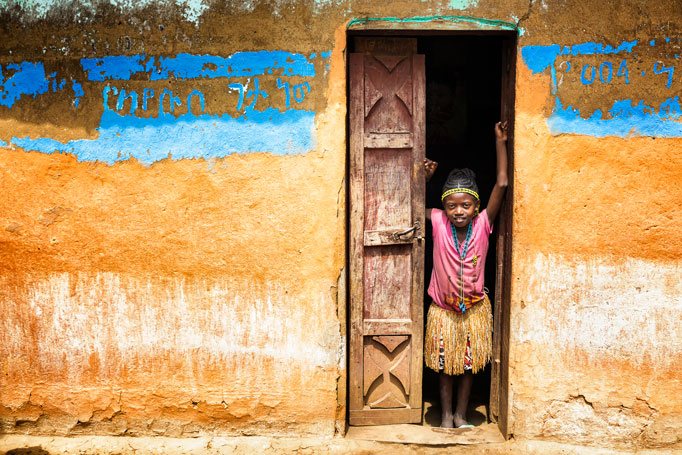 Ethiopia is home to about 13 million children under 5 years of age – approximately 16 per cent of the total population of 96 million.

However, per capita income remains low at USD 783.  Ethiopia is at high risk of climate-related shocks, including droughts and disease outbreaks. Over 80 per cent of the population resides in rural areas and is dependent on rain-fed agriculture.

Despite strong economic growth, 25 million people – 26 per cent of the population – live below the national poverty line, which in Ethiopia is calculated at US$0.60 per day.

High poverty levels and an over reliance on subsistence agriculture and pastoralism mean shocks often translate into extended humanitarian situations that affect large parts of the country.

40% of young women are married before their 18th birthday