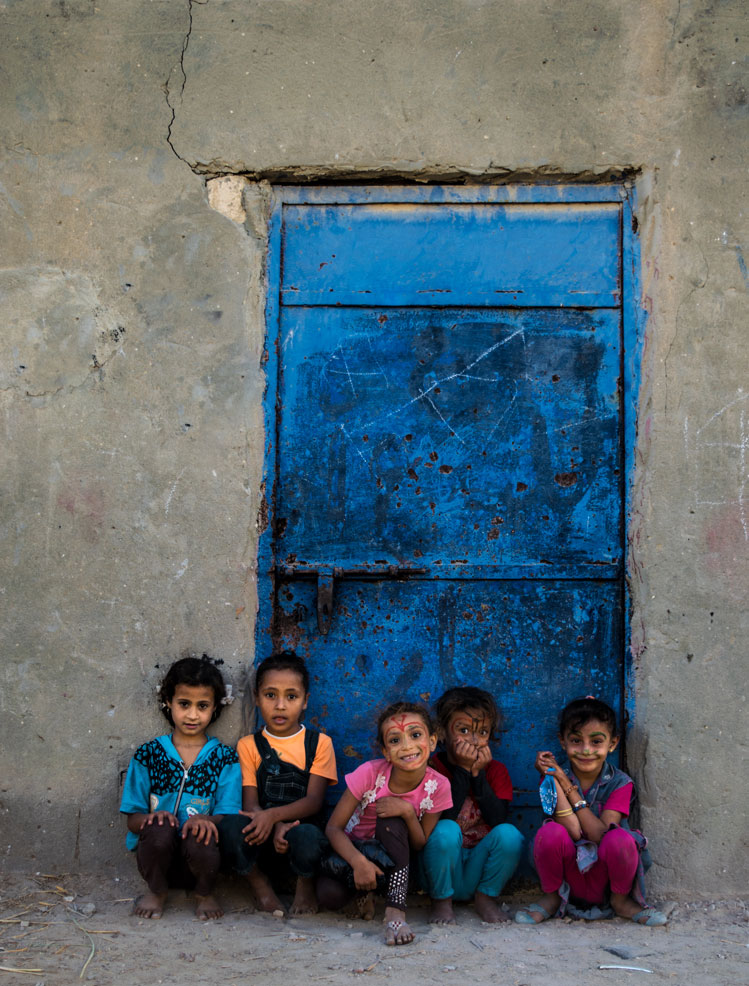 Many employees were spending their weekend relaxing, staying away from work stress and spending time chatting on WhatsApp with friends and family. But on one warm day of summer 2019, a problem occurred which required their immediate attention.

A message on a Child Protection Center’s staff WhatsApp group was sent by the General Secretariat for Child Protection in Alexandria, saying that there was a family in need of urgent support as their house had burned down overnight. The parents were in critical condition due to the severe burns and their three children needed to be taken care of until a family member would arrive from outside the city to take over.

Facing that urgency, the project supervisor assigned one of the case managers at the Center, Doaa Saudi, via the WhatsApp group to go immediately to the hospital and investigate the situation.

“The older child was out of the house and the little ones were in a different room,” Doaa says, “the father and mother had 85% of their bodies burned, and the hospital told me their chances of survival were very low.”

Doaa contacted the hospital administration to reach out to any relative of the children’s. The situation was even more complicated than she thought. These children are half-brothers and sisters, and there seemed to be a family dispute over their custody. So, she had to psychologically prepare the children for the potential bad news and pressure.

Doaa decided to put children first and took quick steps before the arrival of family members. She realized that the youngest child, aged one year and a few months only, was dehydrated and pale, suffering from the sudden interruption of breastfeeding after the incident. She also had a disability due to a birth defect that required medical assistance which the parents couldn’t afford earlier. Doaa had the little girl medically checked and took care of her and her siblings.

Two days later, the father passed away. Doaa was in charge to provide psychological support for the children to bear with the trauma, especially after she learned from the investigations that the late parent had tried to shield them all with his body, which can have led to additional exposure to the fire.

Doaa said: “the aunt who came to take care of the children did something very wrong by taking them to the hospital during the death certification process. I explained to her that the children should not be involved in this and I went home with them.”

Doaa had also to convince the two older children to deal with their father who was separated from their mother for a long time and had no contact with them. ”The boy hated his father so much that he wouldn’t tell me his real full name,” says Doaa, “he didn’t want to relate himself to him by any means.”

Doaa communicated with the father who admitted mistreating his children after divorce, yet he was willing to take their responsibility and cooperate with her to restore his relationship with them.

Unfortunately, more bad news awaited the children by the death of their mother a few days later. The psychological support following the trauma provided by Doaa, on which she was well-trained by UNICEF, was critically important at this moment. She explained that “it was a time when they needed to be hugged and patted. The situation was difficult. Imagine losing your mother and having to live with your hated father at the same time.”

The father, though, was very cooperative. Thanks to Doaa’s efforts in family counseling, on which she took a training from UNICEF, the father was able to convince the children a few days later to give him another chance, travel with him to Kafr El-Sheikh where he lives with his mother and turn the page.

As the children moved to another governorate, Doaa made her final commitment towards them by writing a detailed report to the Child Protection Committee (CPC) in Kafr el-Sheikh to follow up on the children. This follow-up and cooperation with CPCs in other governorates is an essential part of the intensive training she received from UNICEF on child protection policy.

Although this story took a lot of her personal time outside the working hours, Doaa is grateful for the experiences that are very insightful in dealing with her own children. She said: “I learned that, in dealing with children, we need to have bigger ears and a smaller mouth to understand and empathize.”

The Child Protection Center where Doaa works is one of the centers set up by UNICEF in April 2019. The organization provided technical and financial support, funded by the European Union, to equip a full floor at the National Foundation for Family and Community Development in Alexandria to become a Child Protection Center.

The Center provides free support and assistance to children who are victims of violence and abuse, according to a case management approach, to identify their needs for financial, social, psychological, medical and legal support.

In addition to providing specialized psychiatric services by physicians and specialists, the center also offers non-specialized psychosocial support services such as art therapy, recreational and educational activities for children and their families.

Since its inception, the Center has supported more than 400 cases who have experienced various forms of physical, psychological and sexual violence in Alexandria

Egypt launches program in search of the next Mo Salah

“The project aims to discover football talents at home with the expertise of specialists from England and the Netherlands,”…