What are we waiting for? Sustainable societies begin with children 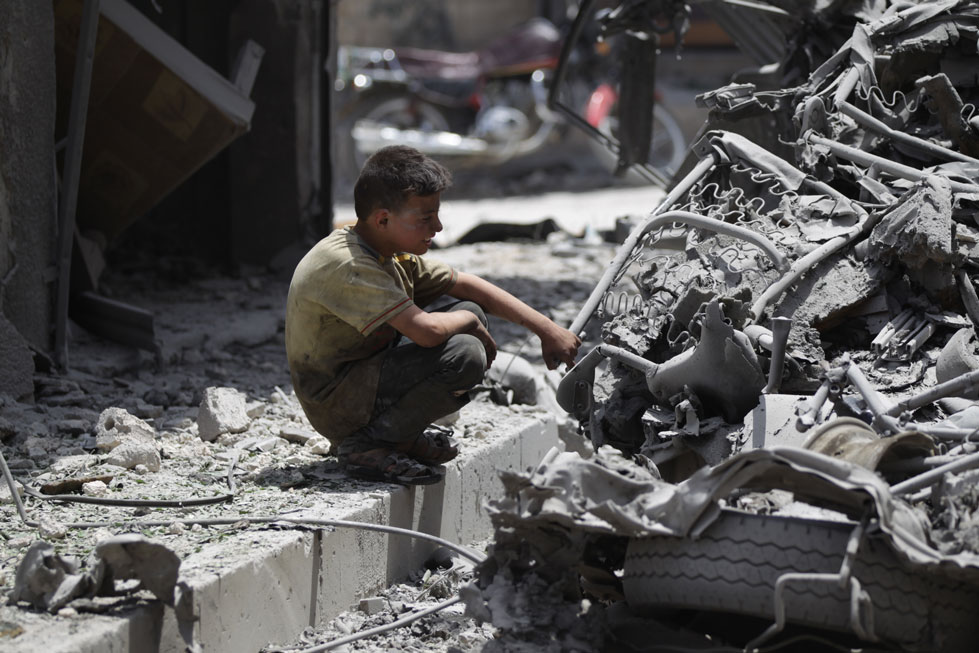 In the foothills of the Himalayas, many years ago, I met a small, skinny child labourer. He asked me: “Is the world so poor that it cannot give me a toy and a book, instead of forcing me to take a gun or a tool?” Another time, a child-mother from the streets of Colombia who had been trafficked, raped and enslaved, asked me this: “I have never had a dream. Can my child have one?” A Sudanese child, kidnapped by an extremist militia and forced to kill his friends and family, once asked me: “Is this my fault?”

Slavery did not end with abolition in the 19th century. Even in modern times and developed countries, it still exists in its cruellest forms. Most recent data show that there are still 150 million child labourers in the world; that 59 million children of primary school age are out of school; and that 15 million girls under 18 are forced into marriage each year. Millions of children live with a disability that makes them more likely to be marginalized or miss out on education.

Millions of undocumented immigrants and people on the margins of society are trafficked and forced into domestic labour or the sex trade. In crisis-affected areas, slavery is much more rampant, as children are given guns instead of toys and girls are sometimes sold for less than a pack of cigarettes. Unfortunately, 37 million children living in crisis-affected countries are out of primary or lower-secondary school. I have met children toiling on cocoa farms in Côte d’Ivoire, selling flowers in Colombia, sewing footballs in Pakistan, working in mica mines and brick kilns in India, and living unimaginable horrors in Nigeria.

All children deserve a fair and equal start in life. They deserve freedom and a childhood. They deserve comprehensive, well-rounded, quality education. These have to be viewed not just as basic rights but as a means towards a more inclusive and sustainable society.

Sustainable societies can only have a prosperous future when their children are safe, educated and healthy. Put simply, ending child labour, slavery, trafficking and violence against children is directly tied to achieving most of the other development goals.

Our generation can be the one that puts a complete end to the evil of child slavery. We can provide an education for every last child. We have an opportunity to embrace peace, equality, inclusivity and sustainable development by ensuring freedom for all.

But we can only do so when governments, businesses, civil society and citizens unite, and when each carries out its role wilfully and effectively. We need governments to make child-friendly policies and invest adequately in education and young people. Governments can no longer ignore the economic arguments against child labour.

Increased child labour leads to higher unemployment. Today, for the 150 million children (5–14 years old) doing jobs meant for adults, there are 200 million unemployed adults. Through the right economic measures, governments should ensure decent living wages for parents so they can send their children to school.

The benefits of education are known to contribute to economic growth and poverty alleviation. Reports show that each dollar invested in quality education will return 15 times the amount in two decades. The rule of law should extend to every last child. Businesses must be more responsible and faith leaders must recognize that compassion for others is a central tenet for all faiths.

It is the responsibility of each and every one of us: We must build the world of our dreams with compassion for our fellow man and woman, regardless of ethnicity, race, religion, nationality, politics or anything else.

When we as citizens unite in holding governments, businesses and civil society accountable, anything will be possible. My colleagues and I have humbly done our part – drop by drop over the years.

The result is that more than 85,000 children have been rescued from child labour and servitude and given back their childhood. It is not enough to extinguish the blaze represented by the millions of children who remain in slavery, but to those children and their families it has meant everything.