Two Children Suffer from Thalassemia: From Siege to Shelter 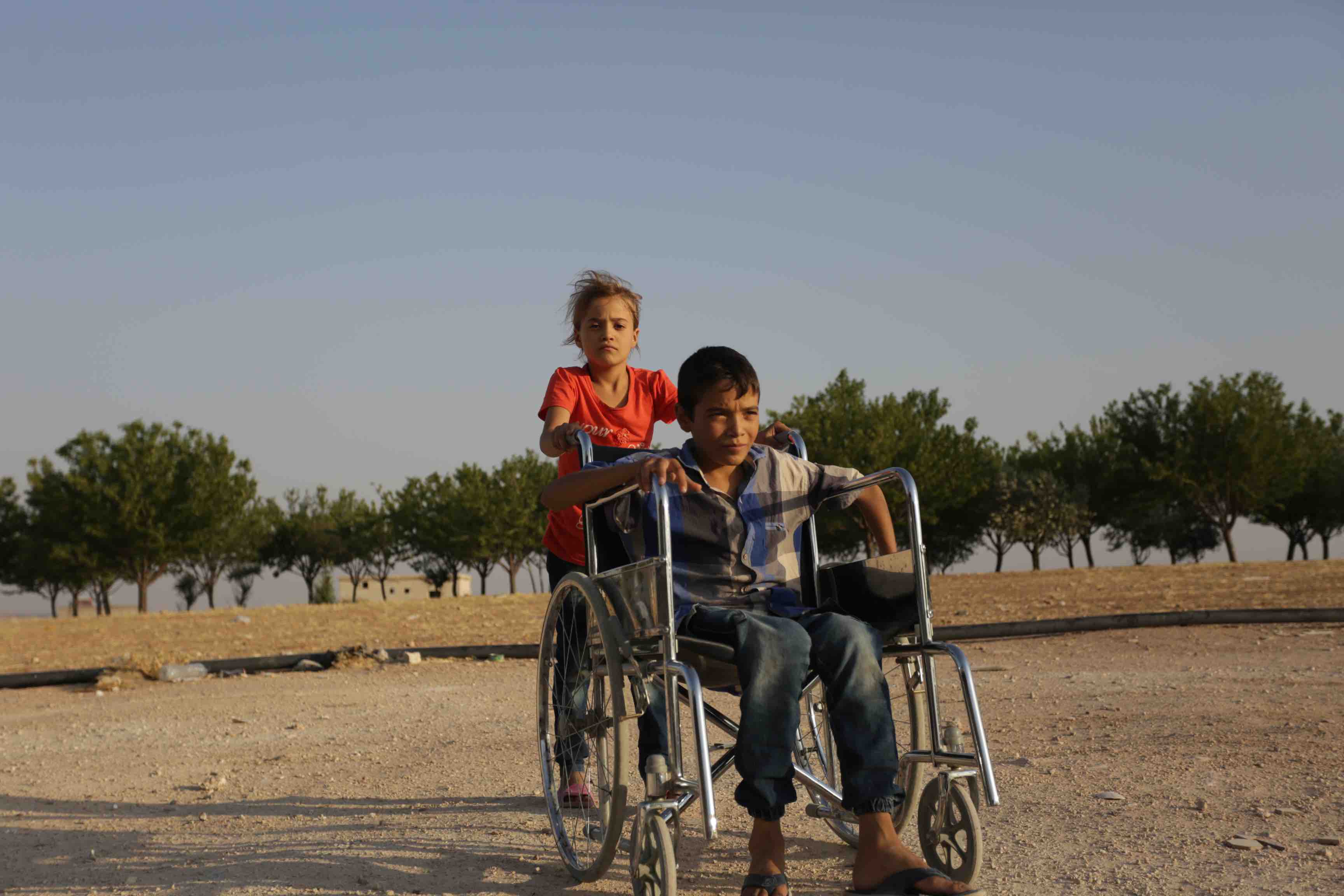 At war, survival is an impossible mission and a semi-impossible one for a besieged ill person. This is the exact story of Yaseen, 16 years old, who is suffering from thalassemia, an inherited blood disorder.

We met Yaseen in rural Idlib after he had completed a tiring journey along with his family on a green-colored bus carrying people displaced from Eastern Ghouta, in Damascus, to a shelter located here.

The disease is inherited; the moment Yassen came to this life, he found it in his genes. “At the beginning of war, my sufferings were bearable as my parents could reasonably provide me with the necessary treatment,” Yaseen narrated.

Everything turned upside down with Yaseen’s family who used to reside in the Syrian capital city and then they were besieged in Eastern Ghouta.

The child needs to undergo exchange transfusions and to take particular medications which his father could no longer afford to provide.

Such conditions were not the only factors leading to the deterioration of Yaseen’s health situation; food shortage, too, made it worse.

“We used to eat only one loaf of bread all day long; and if lucky enough, the quantity might increase to one loaf and a half per day,” Yaseen said. “Bread was made of barley since most of the ingredients needed to bake bread were unavailable,” he added.

Consequently, Yaseen’s body was attacked by erosion of pelvic bones as well as osteoporosis.

The child narrated an adventure he was forced to have along with his father to get his medications under the siege. Both of them went through tunnels dug underground to reach a hospital located in a regime-controlled area.

At that time, the siege was still at its earlier stages. Yaseen managed to get only few medications and returned to his besieged home.

Overnight, Yaseen found himself accompanying his family on a green-colored bus along with a huge number of besieged Syrians — around 67,000 persons.

Speaking about the luggage his family packed for their journey, the child said, “the only things we took with us were the clothes we were wearing.” They arrived at a shelter in the village of Maar Shamarin, in eastern rural side of Idlib comprising 28 rooms, each two families shared one.

Yaseen reached an advanced stage of osteoporosis severity that he could no longer go for a long-distance walk on his feet. Instead, he had to use a wheelchair.

What made the situation even worse is that the child’s medications and treatment were unavailable at the hospitals in rural Idlib to which Yassen and his father went. “My health condition is worsening. My body is extremely feeble. I wish I was able to travel to Turkey to get treatment for me and my sister,” Yaseen said regretfully.

Sister, Too, Suffers from Same Disease

Sorrowfully, Yaseen’s 9-year-old sister, Amna suffers from the same disease too; however, her health situation is better than his. It is still highly probable, though, that it can get worse should she receives no treatment over the coming days.

Doctors at the hospitals in rural Idlib only prescribed painkillers which only relieve pain but do not actually cure it.

Sick as she was, Amna still goes to school. “I wish I recover from my illness and become a normal girl just like the girls in my class,” she sadly said.

Yassen’s 35-year-old father, Shaker, married his cousin, Aminah. Their family had thalassemia in their genes and consequently both Yaseen and Amna inherited the disease.

“it is most painful to watch my two children suffering before my eyes while there is nothing I can do to help them,” Shaker said.

The father works day and night to be able to afford the treatment costs of the two kids. That is not all. “Doctors said the only way to recover from this illness is to travel to Turkey and receive treatment there; but I do not have the money needed to make this trip and I do not even have a passport,” Shaker said.