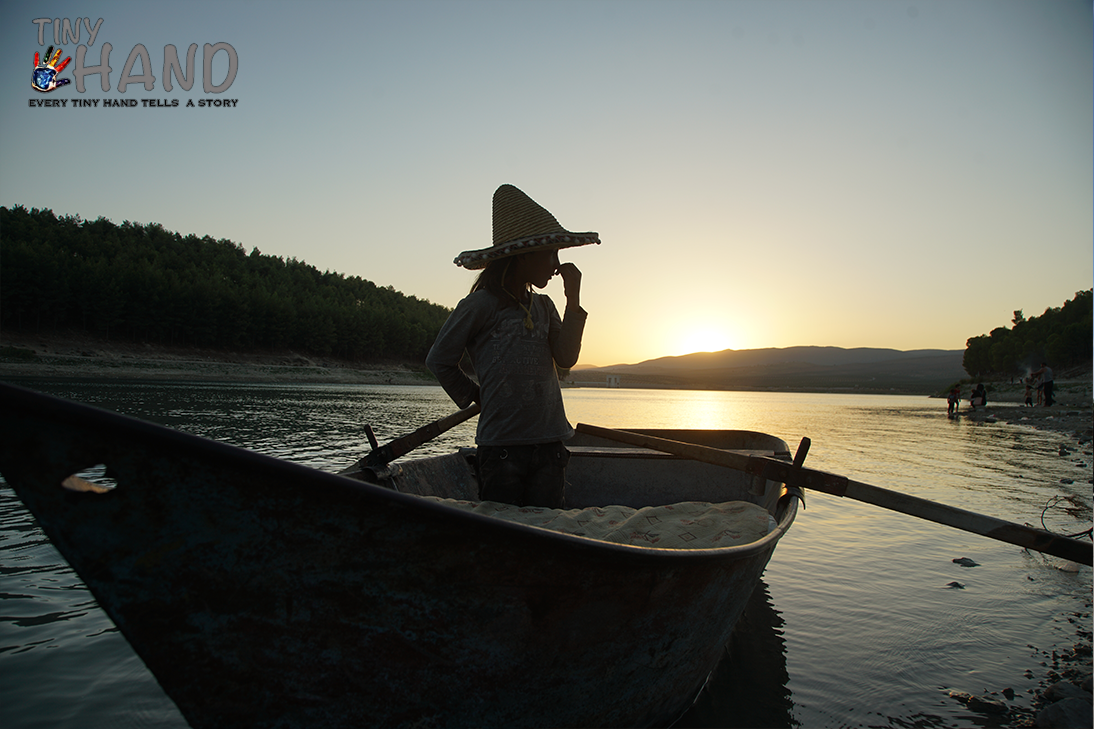 Not caring about his shoulder-length hair, Malek puts on a straw hat with red embroidery, with two wooden paddles in his hands, almost exceeding his height, yet he seems indifferent to this difference in size!

Malek, a child of no more than eleven years old, knows he is stronger than those long paddles. Once they touch the water, he skillfully controls them; something witnessed and confirmed by the lake visitors.

Before leaving for work, Malek kissed his ill father on the forehead. Both had survived death in Homs, and found a new home near the Maidanki DamLake in northern Syria.

Finally, Malek arrived at the lake, where he keeps his old iron boat, named “Salam”. Being a gift from the residents of the area upon his and his father’s arrival in 2018, Malek uses the boat today to entertain the lake visitors, taking them on a tour in the 14-km long lake.

For two years, this child has been working every day on this boat, from morning to evening, earning no more than one dollar a day.

A sum of money to support his ill father, and himself after he lost his home, his school, and most importantly, his mother and two sisters, who were killed in a bombing targeted their home in Homs.

After a long exhausting work day, Malek says goodbye to his boat “Salam”, leaving it on the shores of the Maidanki Lake, and heads off back to his home where his father waits for him.

Today, besides Malek, there are nearly two million children out of school in Syria. While there are no statistics on the number of those involved in child labor, there are indicators that a large number of them work in dangerous, life-threatening jobs.