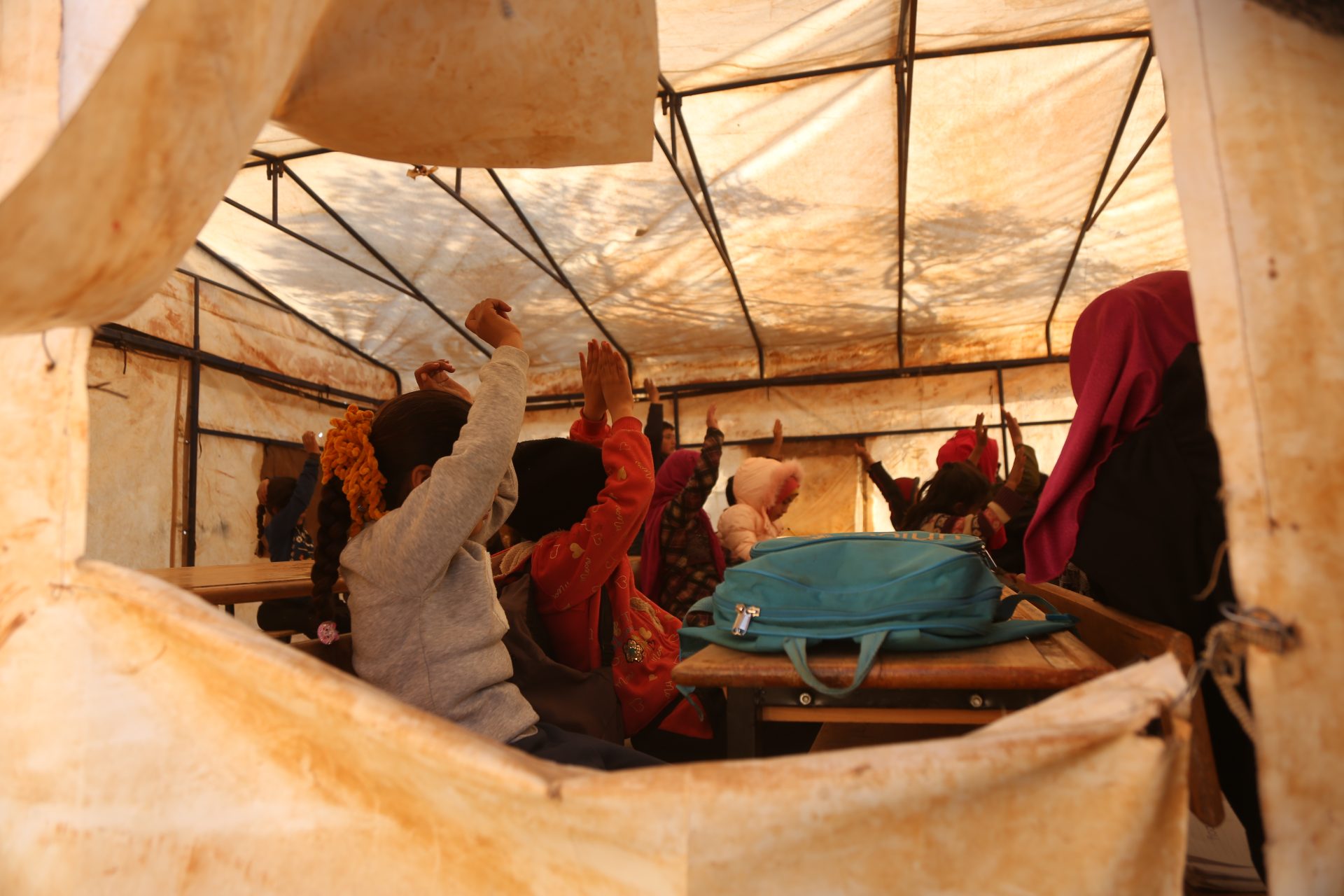 Here, there is neither a board to write the Arabic alphabet on, nor walls, nor paintings of the sun whose rays fall on children’s swings. Until recently, there were no desks either. The classroom floor is covered with pebbles that hurt children’s feet.

This is a tent turned into a makeshift school in the Al-Sukkari camp in the countryside of Idlib, northern Syria. With its location in a field, rainwater can get children’s feet covered with mud.

A writing on the façade of the canvas tent says it is “The Al-Sukkari School”. However, its appearance certainly does not resemble any of the schools you may know. Here, children spent more than a year and a half sitting on the ground to attend lessons. As a result, they develop back pains, and the gravel left traces on their feet. 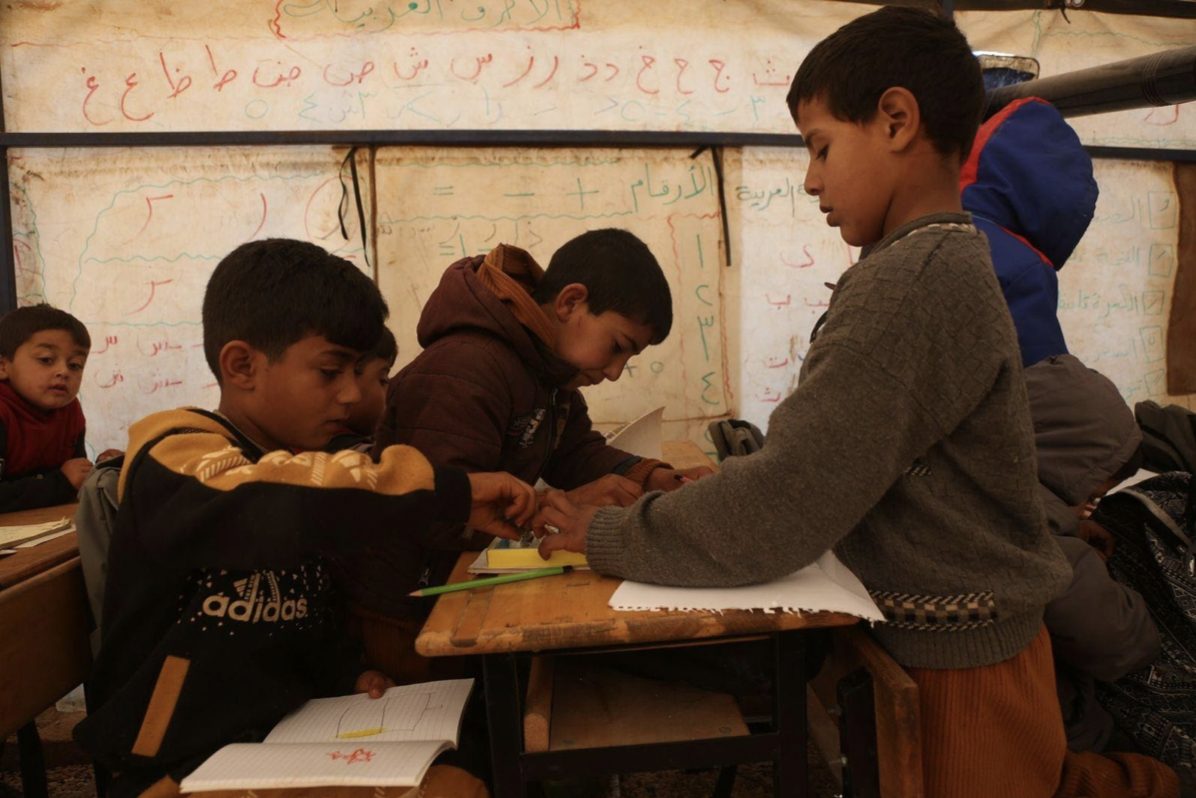 In wintertime, cold would distract children from their studies; they would put  their pens aside for a while to blow on their hands to warm them up. In the summer, nothing can keep the hot sun flames away but the worn-out cloth tent.

About a hundred boys and girls study in this school. They sit together in an overcrowded tent with no room for them to move. All of them have to look at a small whiteboard on which the teachers write and erase again and again.

Lack of space has forced teachers to write the Arabic alphabet on the walls of the tent, some of which started to fade away by the rainwater.

These kids know nothing about Al-Tughrai’s poem, which he wrote about 911 years ago, of which a verse says “Life is unbearable without hope”, but in fact, that’s what they’re doing in this school.

Children spend hours drawing their dreams and hopes on simple sketchpads. Some of them hope to become teachers, another a doctor, and a third an engineer. This tent has become a dream factory for war-weary children.

Reem, a 10-year-old girl, insists on completing her education, regardless of the surrounding unusual circumstances. While she complains that her school lacks the most basic needs for education, she feels happy when it helps her forget for a couple of hours her harsh life, learning Arabic, English and mathematics.

“When I grow up, I wish to be a teacher to help the children in dire living conditions get educated,” Maryam told Tiny Hand.

In a sad voice, Maryam spoke about her and her friend’s suffering from the cold. However, she seems determined that this would not prevent her from continuing her education. 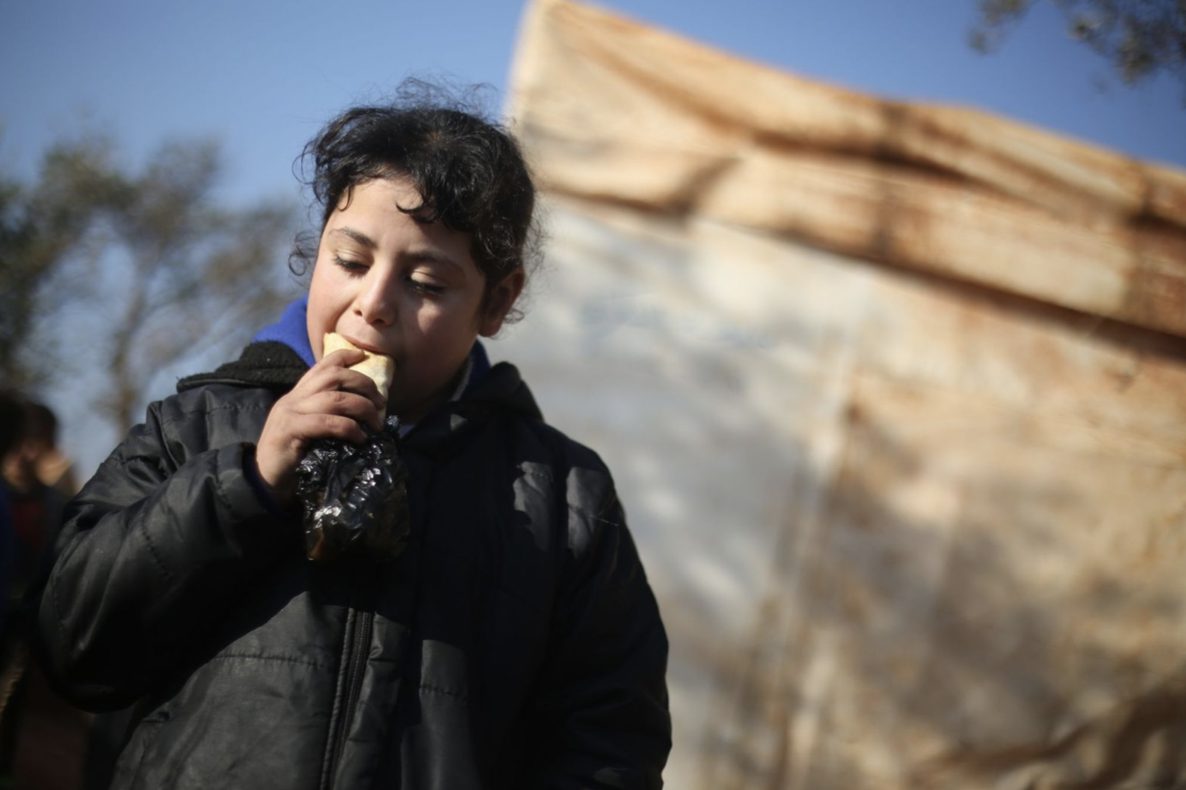 The war in Syria has left 40% of the schools damaged or destroyed, says the United Nations’ statistics.

Moreover, over two million children, over one-third of Syria’s child population, is out of school, and 1.3 million children are at risk of dropping out. One in eight children per classroom requires specialized psychological and social support, to achieve effective learning.

This tragic situation in the war-torn country prompted some Syrians to launch individual voluntary initiatives, with the aim of educating children, albeit the limited capabilities.

Of such initiatives is Al-Sukkari School, founded by Kamal al-Hassan, a young man who fled from Hama to the countryside of Idlib. Al-Hassan and another volunteer teacher took upon themselves the task of educating children with the simple possibilities available to them.

To accomplish his task, Al-Hassan faces great challenges, such as poor capabilities, the difficulty of teaching in a small tent that always leaks water. He feels pain for his students when he sees them sitting on the ground on cold days.

About a year and a half after the school opened, the students finally got desks to sit on. This was a relief to Kamal and his students.

Seeing his students talk about their great hopes and dreams, Al-Hassan forgets his fatigue. He admires their persistence on receiving education despite their bad living conditions.

Al-Sukkari school children try to enjoy their childhood whenever they get the chance. When the weather is nice and warm, you would see them gather around their tent; eating and running. Some of them would look at the trees and the sky, and dream of a better tomorrow. 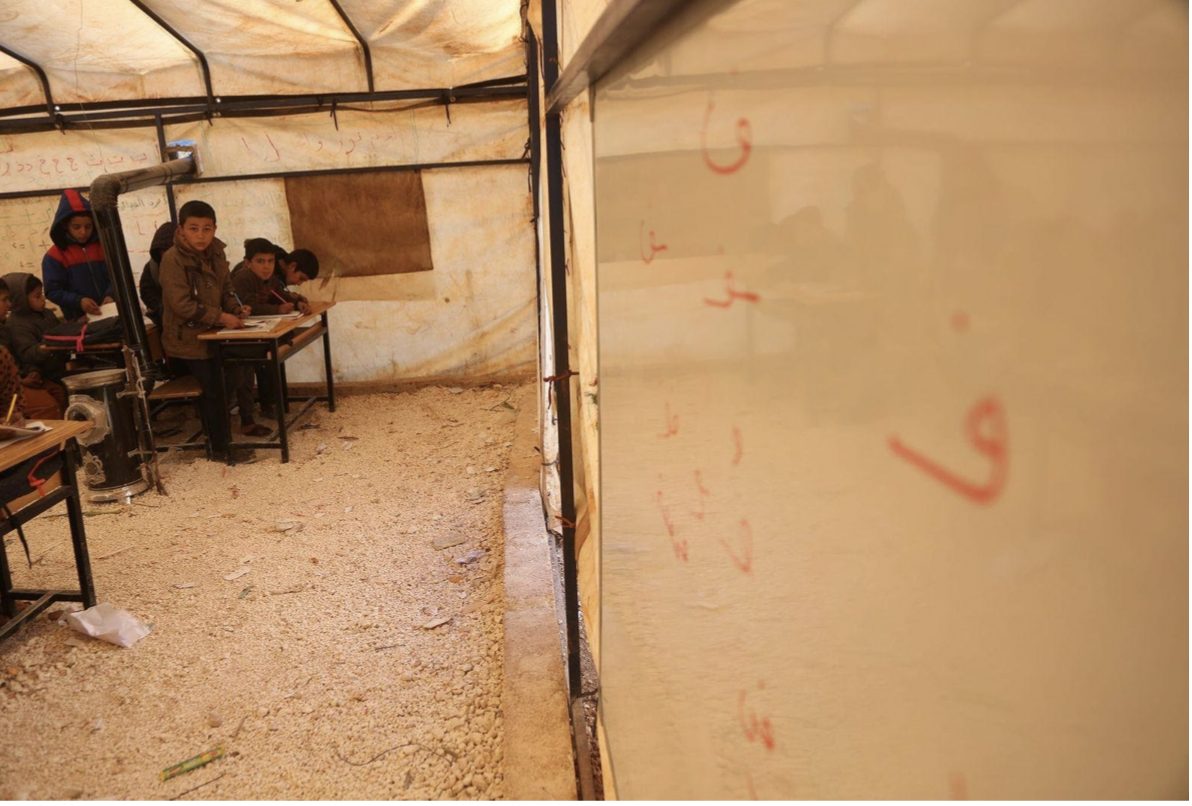