“The Call of My Heart”: Austrian Photographer Brings Aid and Joy to Syrian Refugee Children 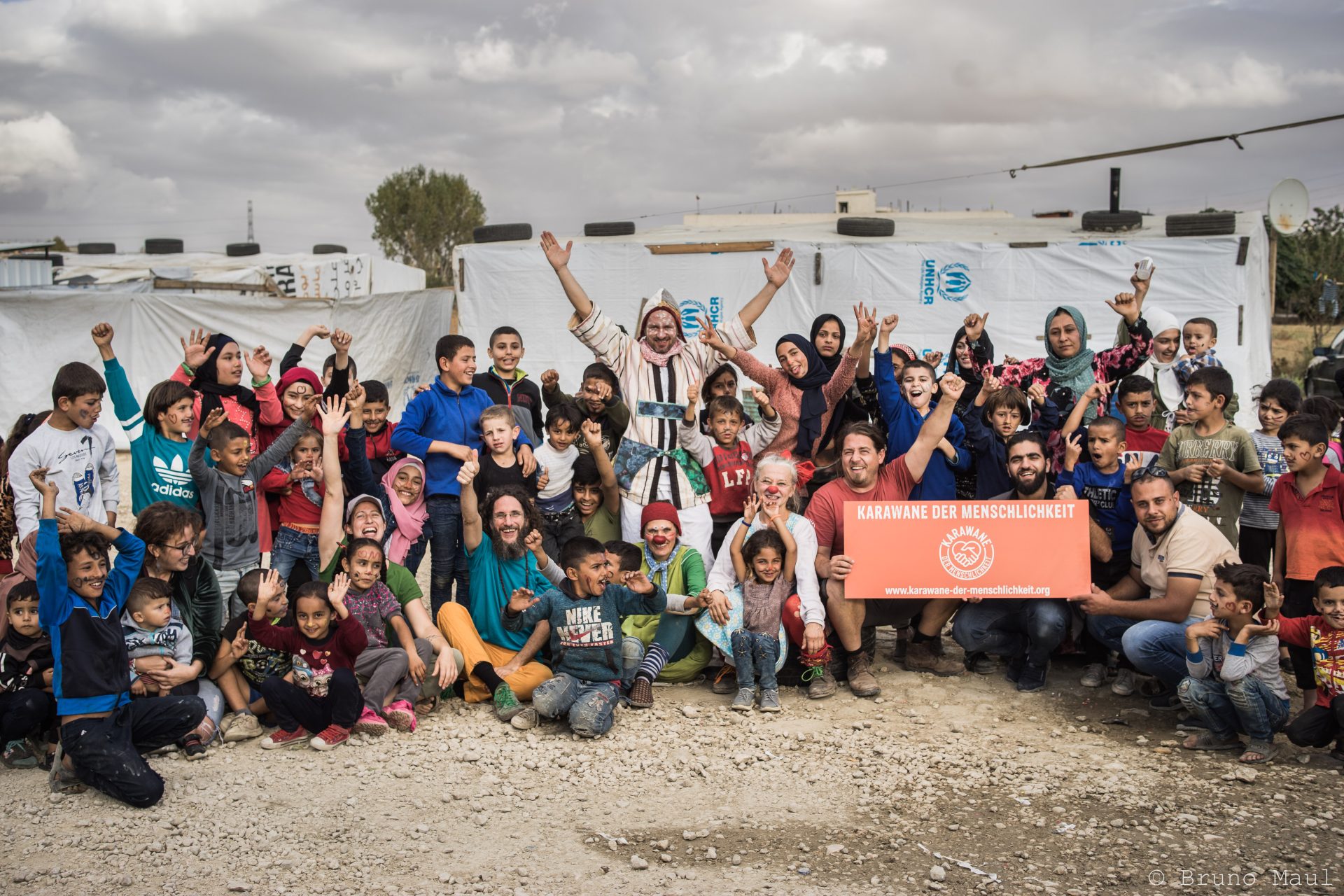 Watching asylum seekers fleeing the ferocious fires that destroyed Greece’s largest migrant camp on television was a turning point in the life of the Austrian photographer Pascal Violo.

In autumn 2020, the fire destroyed the Moria Camp on Greece’s island of Lesbos, an overcrowded facility designed for fewer than 3,000 migrants, leaving 13,000 refugees without shelter.

“Thousands of people lost their tents in a few hours. It was a very big thing that made me feel I really have to do something,” Violo told Tiny Hand, “I come from a rich country, I did nothing to find myself there, it just happened by coincidence. Others were born in other places also by coincidence.”

To help the refugees, Violo founded the Caravan of Humanity, a non-profit non-government organization, a year ago. That took him to Greece, Bosnia and Herzegovina, and the Syrian-Turkish borders.

The Call of My Heart 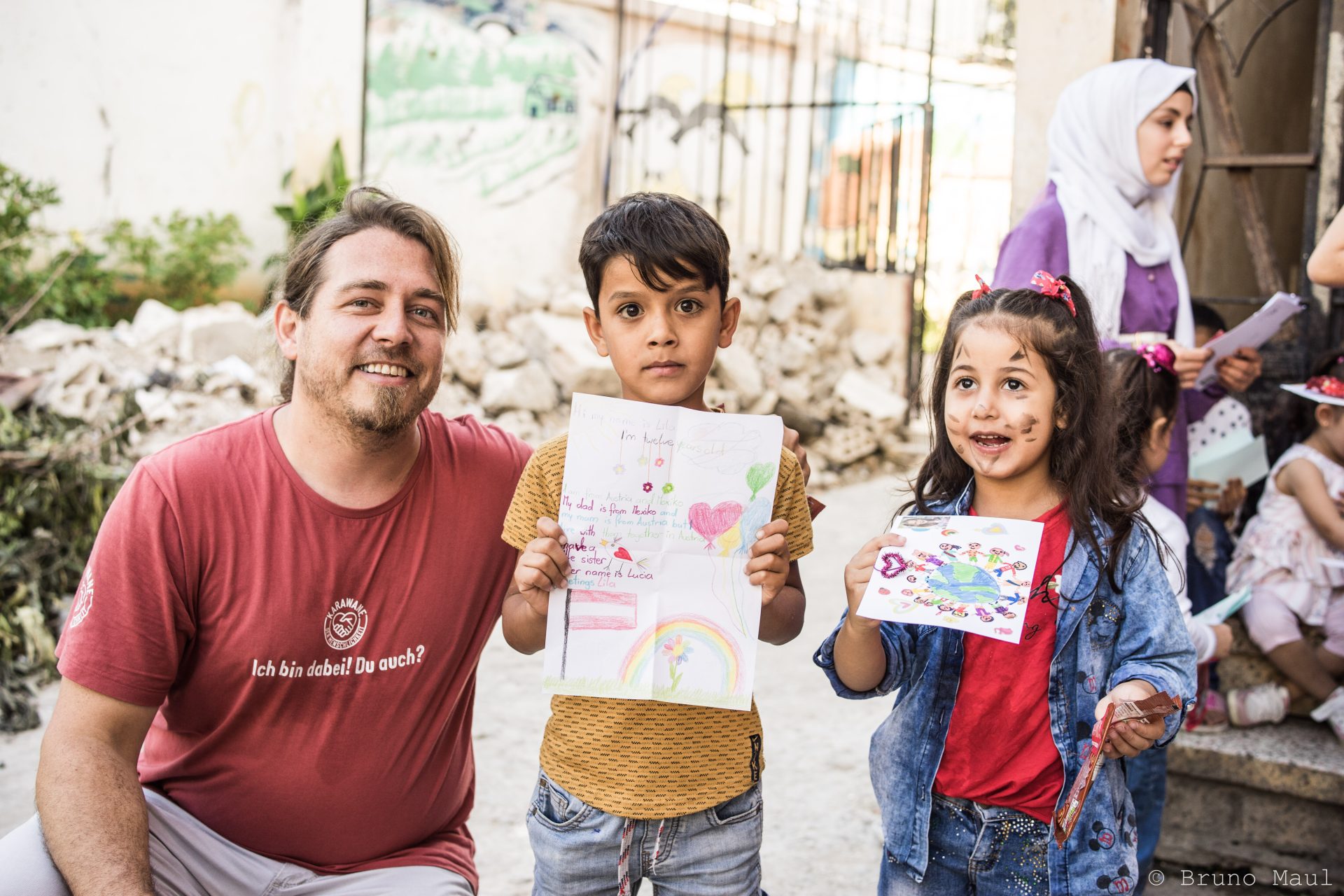 In November, a heart call took Violo to Lebanon without knowing anything firsthand. With more than 1.5 million Syrian refugees there, Lebanon has the largest per capita population of refugees in the world.

“I had a strong feeling to come to Lebanon. I did not have concluding information. I have only heard about the situation here,” said Violo, “If you have a strong feeling in your heart, you should just follow it. It usually says the truth.”

With a truck full of 15,000 kg of donations collected and sorted by 100 persons in Austria, Violo and his team of volunteers spent three weeks distributing clothes, footwear, blankets, school bags, and other stuff to the children in ten refugee camps in the Bekaa Valley, Arsal, a town to the northeast of Beirut, and Akkar, in the far north of Lebanon.

“We were distributing clothes and shoes to make it easier for those children, especially with the upcoming winter,” he said, “It can be very cold in a few weeks.”

With freezing temperatures, hail, and snow, the Bekaa region can experience extremely harsh winters. “We want to help them with diesel that might help warm their tents,” added Violo, “The living conditions here are really horrible.” 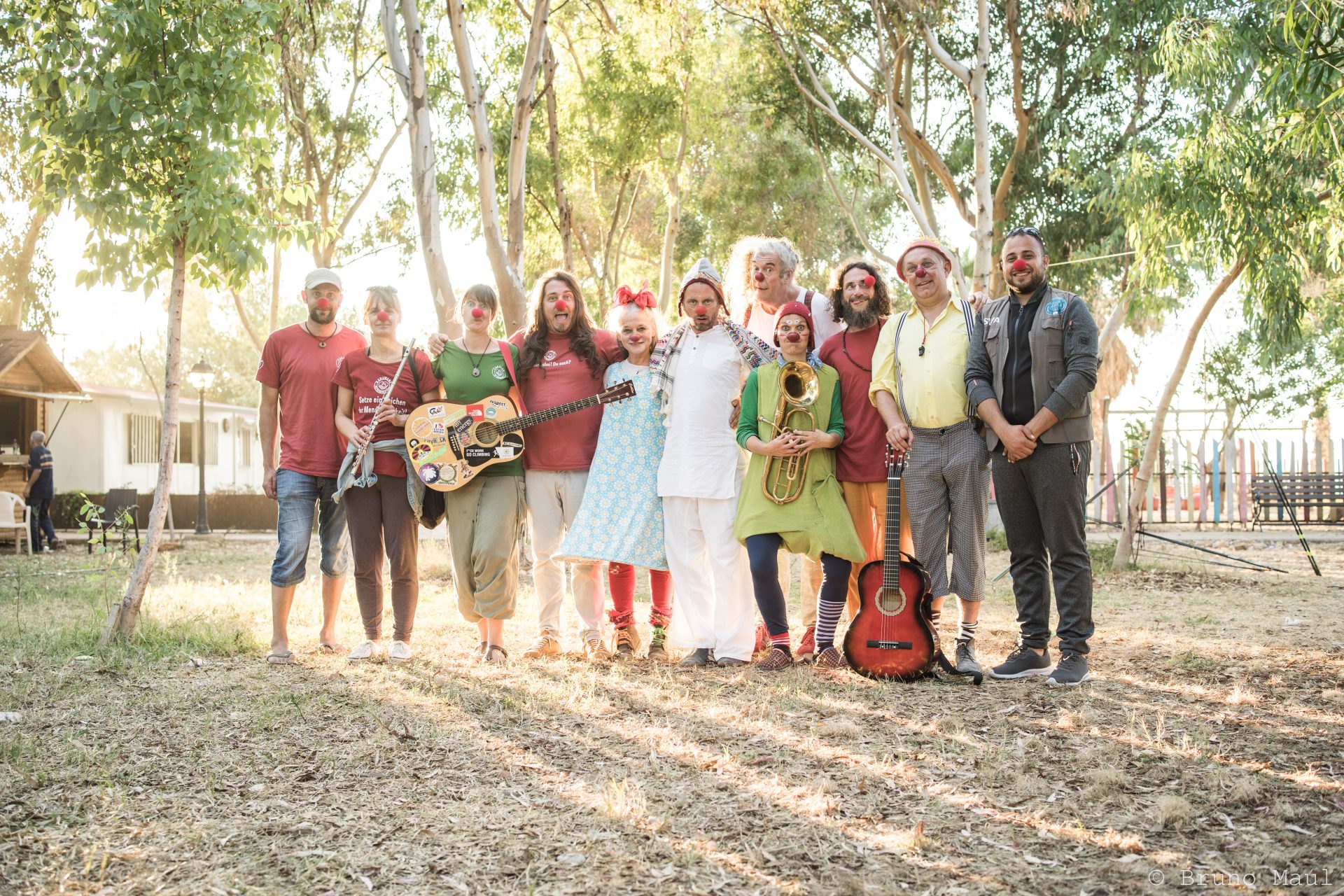 Having experienced displacement, the loss of a parent or a relative, the harsh living conditions in a tent, and the scourge of war, Violo thinks that refugee children need more than mere material support.

“For them, having a few moments of laughter, humor, and just being a child, like any normal child, is very important,” he told Tiny Hand.

To put little smiles on their faces and offer humor as a means of psychological support for children that have suffered trauma, Violo was accompanied by some artists, German clowns, and soap bubble artists on his trip to Lebanon’s refugee camps.

“Some of these artists were old acquaintances, others just heard about the project and liked to join. Some are professionals, like Clowns Without Borders, a big association covering 15 countries,” he said.

“It is not about the jackets and pullovers that were brought, it is about sharing those special moments of joy and laughter,” he continued.

Having been to other refugee camps in many countries, Violo finds all of them similar yet unique at the same time. “Each camp has its unique character; some were small, others were huge; some were very quiet, others were really loud,” he explained.

With his photographic eyes, Violo took notice of what is often overlooked. “It is always hard to see ten people living in a small tent. They do not have anything,” he said, “I tend to check their shoes; some have five times too big or too small shoes or sandals. I can imagine their situation with such crappy shoes when winter comes and snow covers the mountains. This is horrible because there are enough shoes, enough food in the world to be shared equally.”

In Arsal, Violo and nine of his team listened to the tragic story of a Syrian man and a woman fleeing the bombs that hit their village in Syria, running all the way towards the borders followed by an aircraft. Many of their friends were killed leaving behind children and women alone.

“I also heard of some children who died in the winter. This was heartbreaking and left me speechless,” he said, “I have not heard of such horror stories in other camps.”

Violo blames the rich countries and uses the energy of his anger to do something. “It is better than to sit alone sad in the room back in Austria feeling angry at politicians and global inequality,” he explained.

A global citizen who hates borders and fences, Violo thinks it is necessary for Europe and other very rich countries to provide more support to Syrians and others. “We are trying to help Lebanon in these hard times of financial crisis,” he said, “We need to help the Lebanese, the Palestinians who live here for decades, and the Syrians who had fled the war. It is our duty to come here. I feel very connected to this place.”

However, bringing the donations to Lebanon did not go off without a hitch. “Lebanon’s customs made us wait for days, charged us a lot of money, asked a lot of questions, and did not want our truck to enter,” he told Tiny Hand, “Similarly, our truck was stuck on the border of Turkey for three weeks.”

“If we think a lot, we will never do anything,” he continued, “We needed a miracle. Without miracles, you will stay in your bed watching movies. I believe we can change the world together. We just have to be patient, never give up, and one day we will win.”

Over the years, Violo followed his mind in his photography career. “I used to consult my mind on how to pick a good topic to cover or a funny festival,” he said, “Now, this is my sixth time to follow my heart instead.”

Sharing time, laughter, and music with people in dire situations is precious to Violo. “The last three weeks we spent in Lebanon gave me a strong feeling that I made the right decision to follow the call of my heart I received last year,” he said, “I almost stopped the work I did for 15 years. I get nothing from this, but it is important.”

Violo admired those who sacrifice their lives for one cause. “It is very strong. It can be hard for all of us, because we have many commitments,” he said, “But if you focus on one thing, you will achieve a lot.”

On his trips to help the refugees, he met persons who quit their jobs and dedicated their lives to help people trusting that life goes on as long as they are helping others. “Many of us cannot decide because of fear, of losing one’s job or going to a conflict zone,” he said, “Life is short, dangerous, difficult, and complicated, but we should try not to be afraid and take the risk.”