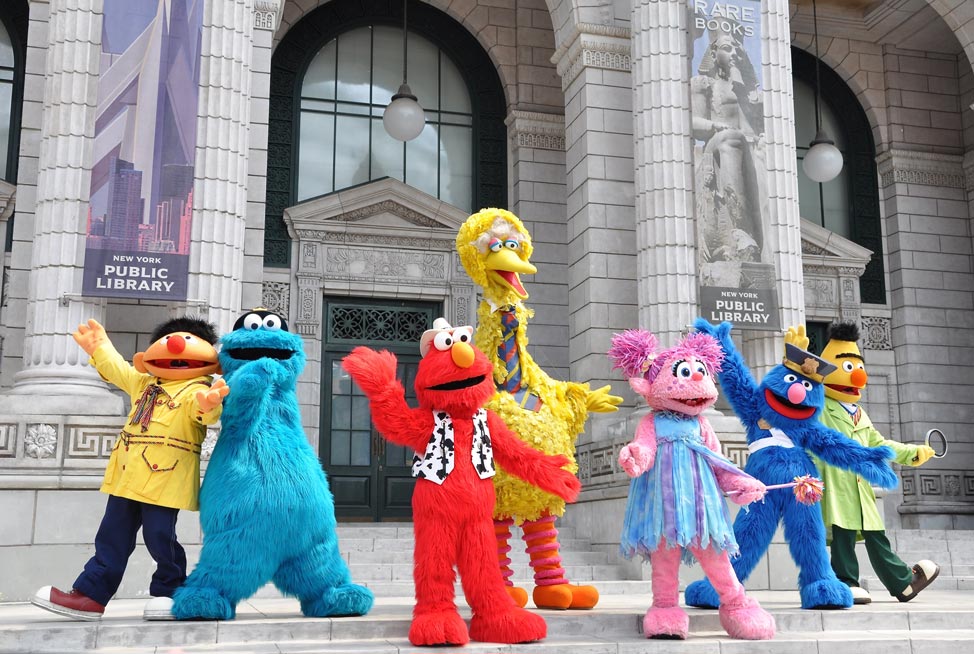 The International Rescue Committee and Sesame Workshop are teaming up on a major new effort to help Syrian refugee children, including a new Sesame show in Arabic

Production of the new television show, “Ahlan Simsim,” meaning “Welcome Sesame,” is well underway in Jordan.  It stars a spunky purple girl Muppet named Basma, a boy Muppet, Jad, who has just moved into the neighborhood,

and their pal and comedic sidekick, a mischievous baby goat.

Jad isn’t labelled a refugee on the show, but there are hints. He’s voiced by a Syrian puppeteer and, in this episode, where the other characters are showing each other their

Jad: My toy is not with me. I left it behind in my old home when I came here.

A Syrian refugee now living in Whistler, B.C., used his own experience of displacement when he worked as a consultant for a new version of Sesame Street aimed at helping children fleeing conflict in the Middle East.

“I think it will mean a lot because they will feel that they will have customized content for them,” Mohammad Jamous said.

“People just need to keep in mind that those kids are not like any other kids,” he said. “They don’t have access to the same life as others.”

The show will air in 20 countries in the Middle East, North Africa, and the Gulf starting in February.