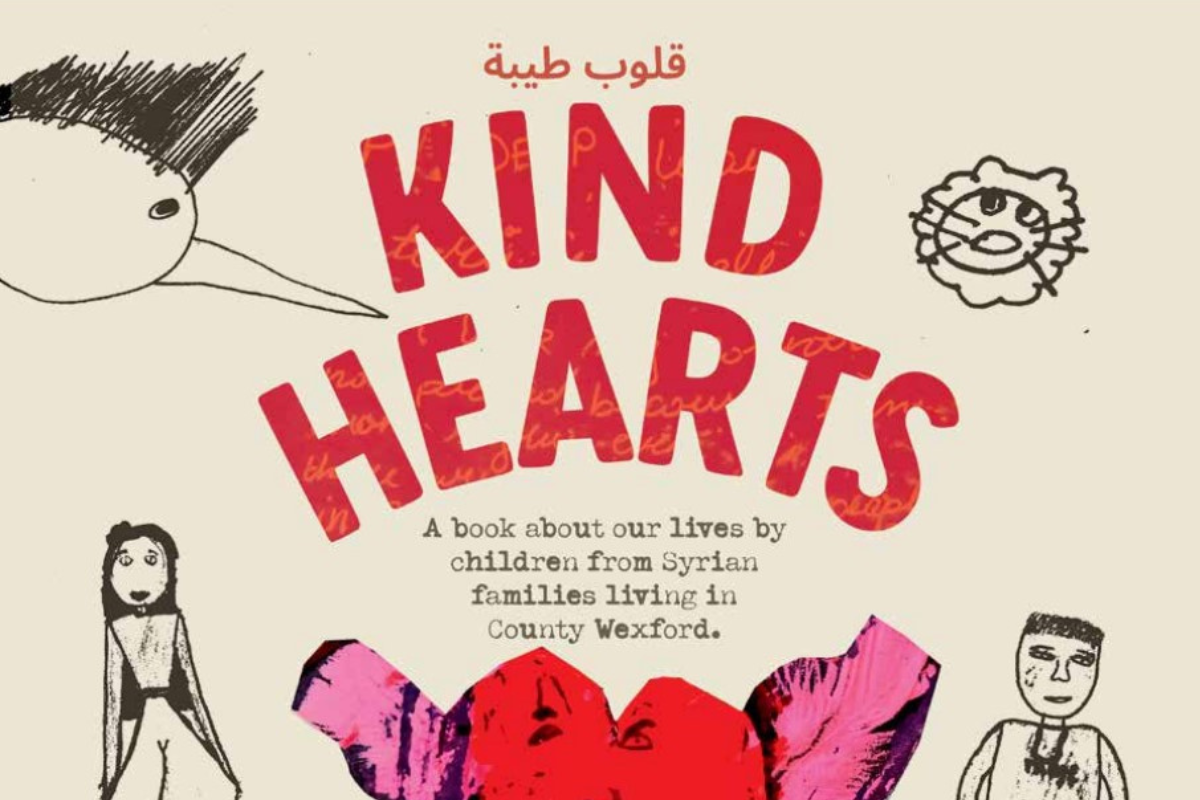 We’ve become accustomed to seeing children arriving into this country from war-torn nations, grown used to images of terrified people seeking refuge in this safe-haven we have provided. But rarely do we see beyond those pictures, those snippets in time, each of them fading, merging into one as further conflict erupts in lands anew.

But a new book written by Syrian children living in Wexford seeks to redress that, to offer an insight into the lives of those who have made the county their home. Kind Hearts, published by Kids’ Own, was formally launched in Wexford Library last week by cathaoirleach of Wexford County Council (WCC) Councillor George Lawlor. The book features accounts from 23 children who left Syria for Lebanon before eventually travelling to Ireland and settling in Wexford and is the result of a writing project supported by Wexford Local Development (WLD) and Kids’ Own publishing. Library Service.

“Our book has lots of things about Syria and our religion too, about the war and when we went to Lebanon and then lived in a hotel for a year,” said the children. “This book will share our stories all round Ireland. Our hope for the future is that our book will explain the war and how we came to Ireland. The book will show you that that Syrian people are good people.”

Diarmuid Doolan from WLD was part of the team involved in the production of the book and he said that, since arriving in 2017, the children have found homes in the Enniscorthy and New Ross areas. “They describe Enniscorthy as being ‘a good town because it is beautiful. There are parks, rivers and beaches near and sand too. You can go there with your family and friends; all go walking in the sun, if the weather is good’,” Diarmuid said.

Kind Hearts was drafted over eight weeks through a creative process which allowed the children to uniquely capture their personal experience. The young writers made boxes which they say are “about us and the parts of our lives we wanted to tell stories about” and represent their “past lives in Syria, families and friends.”

“I like art and I like the way we created the boxes, and it gave us the feeling of being creative and we don’t want it to end,” said one. “Each of us picked a box, then we painted it, then we started designing and colouring them and making characters to fill them. We started cutting and sticking lots of pieces and pages to create the world we wanted.”

County Librarian Eileen Morrissey said Kind Hearts will be “a valuable resource to add to library and school collections. It gives our new communities a voice to tell their neighbours and friends in Ireland about their Syrian culture, faith, life, displacement and loss. It explains what Ireland means to them and we hope it in turn will enable the reader to understand and respect diversity. Wexford libraries welcomes the publication of Kind Hearts and we congratulate all the young authors who have created this unique book.”