“My Daughter’s pain Makes Me Feel Helpless”, A story of Hiba! 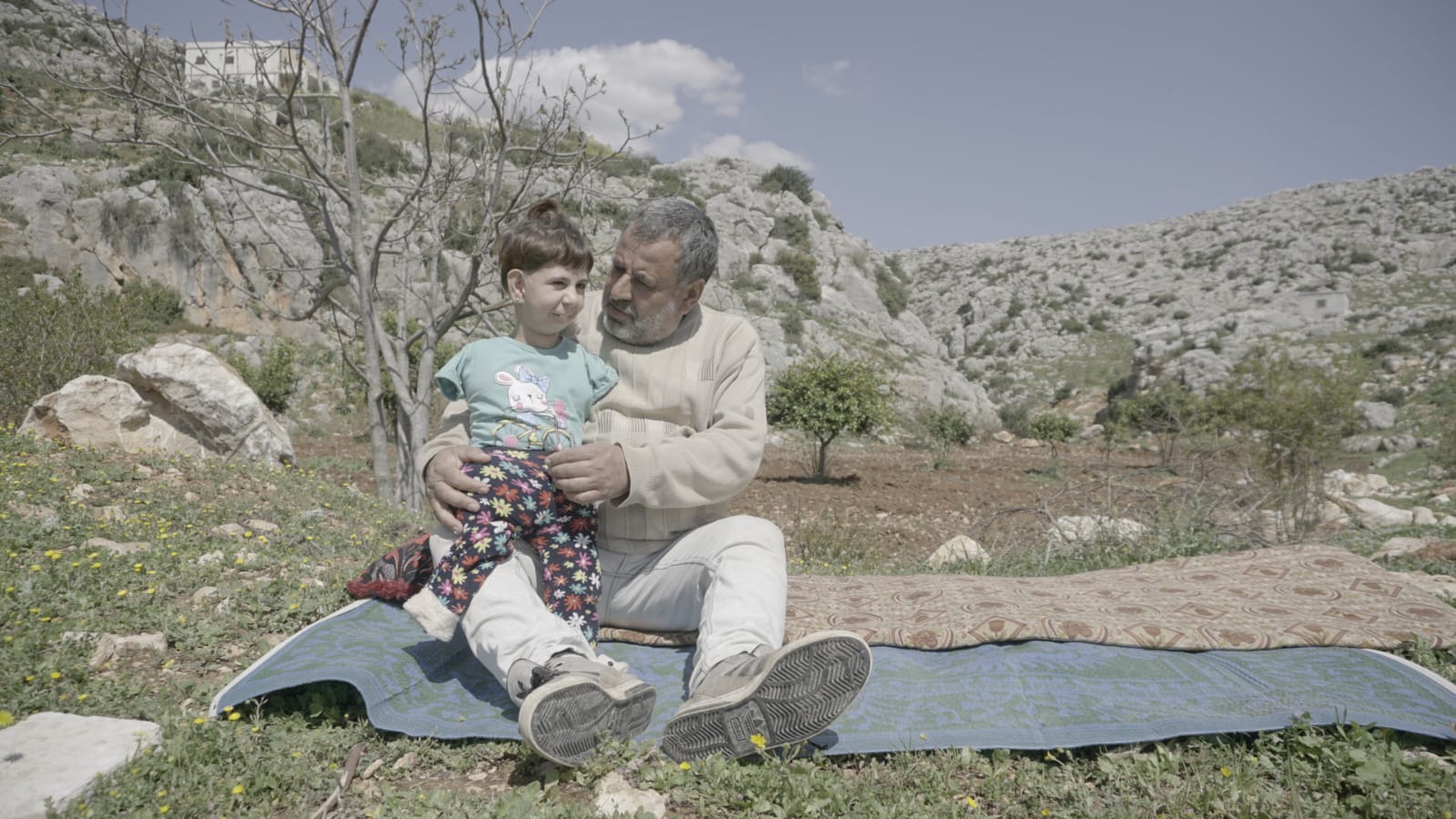 Abdul Karim could not sleep this night, too! His fear over his sick daughter has made him obsessed with her. The 50-year-old man From Syria said: “What if the blanket fell on her face and prevented her from breathing?!”

This little girl, nearly 10, was born without upper and lower limbs. So, in case of being affected by any type of inflammation, she needs a lot of care and follow-up, especially if her lungs are infected because that impairs breathing.

Heba’s father, Abdul Karim, did not sleep at all for countless nights. He told Tiny Hand: “Heba suffers from interior and exterior physical disability. In addition to being born without external limbs, her body’s immune system is weak, so she’s vulnerable to constant inflammation.”

Heba’s critical situation requires providing “full and various care”. Her father clarified: “Heba is part of my heart, so I’ll do my best to provide her with full care. She cannot eat or drink independently as normal people do, so she needs full assistance and support.”

A congenital limb defect is when an arm or leg doesn’t form normally as a baby grows in the uterus. Usually, the real reason behind defects in limbs is unknown. This is because other particular factors might increase the risk of a baby to be born with this birth defect such as genes-related problems and exposure to some viruses or chemical substances.

Abdul Karim’s situation is not too different from those of the Syrian displaced people who strive every day against rising prices and losing their jobs and sources of income. A year and four months ago, Abdul Karim and his nine children escaped from their home in a village in Maarrat al-Numan and fled to Idlib countryside.

Abdul Karim said” “We didn’t take anything with us. Nothing but the clothes we were wearing. I lost my house and land that I used to plant and sell the fresh produce to live and provide for my family.” They ended up in the countryside of Idlib living in a house that an organization paid for its rental costs for a whole year.

Despite all what Abdul Karim and his family went through due to the war and the miserable economic conditions, they do believe that taking care of Heba is top priority in their lives. That is why they communicated with different entities to help install artificial limbs for her. Abdul Karim said: “But we’re still waiting for responses.” He insists on keeping searching until succeeding. He added: “Seeing my daughter suffering whenever she is exposed to a problem in breathing, fear from the blanket to close her breathing airways or even her inability to keep a fly away from her face is extremely painful for me.”

Heba expresses her entire love to her father through kissing him on the cheek, and he dreams of nothing but seeing her walking on her feet! Abdul Karim concluded: “Seeing Heba walking on her feet one day is my dream and all her family’s members’ as well.”