“I am dying, I am being killed, where are you, my mother?” The last hours before the murder of the Algerian girl, Shaima 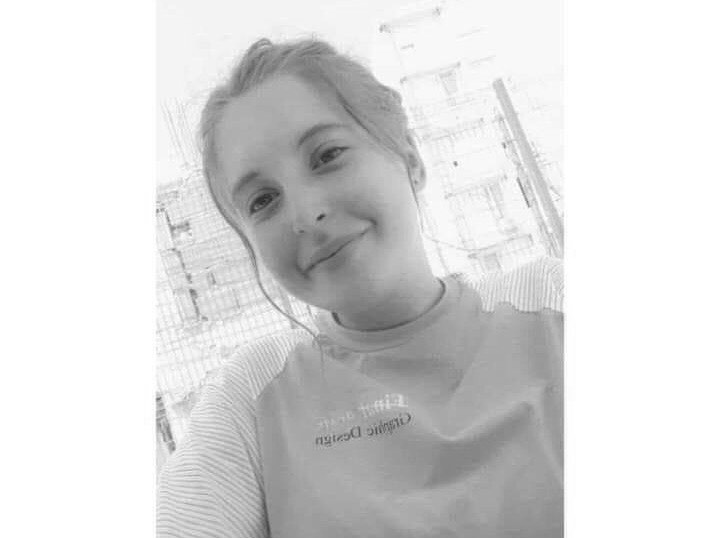 “When I get home, I will call my aunt to arrange a picnic together, but I am afraid my green pants will not dry up. Spread it out under the sun, please mom.” These were the last words Shaimaa Sadu, 19 years old, said to her mother, before her charred corpse was sent home.

The few hours before the calamity!

With her usual activeness, Shaimaa woke up on Thursday morning, October 1, washed her face and went to her mother, who was lying in her bed, to tell her that she would go to the center of Reghaia City, in Boumerdès Province, 50 km eastern Algeria, in order to renew her SIM card contract in a private communication company.

With a feeling of grief, her mother recalls the last conversation with her daughter, saying to Tiny Hand, “My daughter asked me for DZD 1500 to renew her SIM card contract, I gave her the money and she lied for a while in my bed.”

Her mother who said goodbye to her daughter did not see her daughter’s clothes before leaving the home, as she says, “Shaimaa was used to enter her room, change her clothes, and then go out directly from the home.”

This was confusing when she reported to the police that her daughter had been absent for a whole day and her phone is not available, as the police officer asked her about her daughter’s clothes, but she had no answer.

However, her mother, for fear of her daughter, contacted the family, relatives and friends, perhaps she had visited them, but all of them replied, “Shaimaa is not with us,” which greatly increased her fear.

The minutes and seconds passed as if longy years, while the mother was sitting on a sofa near her by an electric fan. She turned it on to cool off the room and settle down the sorrow of her girl’s absence, until she closed her weeping eyes out of sleepiness, exhaustion and pain.

When the clock was 4 am on Friday, October 2, the mother, Farouja, screamed, “Oh, Shaimaa, my daughter,” then she fell on the ground, and the fan also fell.

“Once I closed my eyes, I dreamt that I communicate with Shaimaa, the phone rings three times and she does not answer, then she screamed ” I’m dying, I’m being killed, where are you, my mother? Farouja told Tiny Hand. She also said “since then, I am sure that my daughter was in a difficult situation. She contacted her siblings, one of them works in the civil protection authority, and we decided to file a kidnapping report with Reghaia security authority. The competent authorities began to search for Shaimaa and track her down, and the media started to talk about the kidnapping of a girl in Boumerdès.

She was raped, tortured, killed and burned

During two days of search and investigation, checking of communications, conducting inquiries with relatives and family, a major case opened up by the security authority of Reghaia department, eastern of Algeria capital, Shaimaa’s whereabouts was detected.

Before sunrise of Sunday, 4 October, Shaimaa’s charred corpse was found dumped in an abandoned fuel station in Thénia City, 20 km away from her family’s house.

The investigations of the judicial officer and the autopsy at Thénia Hospital revealed that the victim was first raped, assaulted in the neck with a cold weapon, then her corpse was mutilated and finally burned to obscure the traces of the crime.

Her mother, Farouja, was first told that her daughter had had a traffic accident, she was receiving care at Thénia Hospital, and her condition was not a cause for concern. “I went quickly to the hospital, hoping that Shaimaa’s injury will be minor, although my heart was telling me that the girl was exposed to something else, which was confirmed at the hospital,” Farouja said.

Farouja adds about the incident, “I entered the hospital and asked to see my daughter, but all the medical and paramedical staff refused, then Rabibi Amyrosh, approached me and told me the tragedy and what happened to Shaimaa.”

However, her mother insisted on seeing the daughter, she went inside to find a charred corpse!

The security investigations indicate that a page of her identity card was the only clue for recognizing Shaimaa, as the competent authorities found difficulties in recognizing her identity due to the burns she suffered.

Hours after knowing whereabouts of the charred corpse at an abandoned fuel station in Thénia, eastern of Algieri capital, the competent authorities arrested the perpetrator, a young man in his third decade of life, his name is Bouchnak Abdel Salam, known as Rayan.

After his arrest, the perpetrator immediately confessed to the crime imputed to him, indicating the crime details, as from the kidnapping, until he reached the abandoned fuel station at the western entrance to Thénia city alongside the national road No. 5 that connects the capital with the east of the country.

Rayan was knowing the young girl Shaimaa for years, as he fell in love with her, and tried to approach her mother several times in order to get engaged. However, Shaimaa refused that as she was still very young and continuing her academic study, according to her mother Farouja.

Her mother said that Shaima was often threatened by the young man and his family, especially after he has previously raped her in 2016, that was ended up before the judiciary and finally the perpetrator was imprisoned.

“Bouchnak Abdel Salam, or Rayan, used to repeatedly harass my daughter Shaimaa. She often complained about his actions and threats, especially after she refused to marry him. it seems that the rancor he bore towards us had led him to commit that brutal crime,” Farouja said.

The Republic’s agent at the Boumerdès court revealed some facts about the killing of the girl Shaimaa in a media interview on Monday morning, October 5.

According to the spokesman, the perpetrator approached the gendarmerie authority after he committed the crime to report that unknown persons, according to him, burned the girl’s body in the abandoned fuel station, while he was away to bring food.

However, after conducting the investigation, he confessed that he lured her into this place, raped her, assaulted her with a knife, and then burned her body.

Afterward, the investigating judge ordered to place him under temporary imprisonment, on charges of rape, premeditated murder, abuse, torture and brutal acts.

Years ago, he raped her.

In 2016, the murderer had raped Shaimaa, when she was only 15 years old. at that time, the case was considered before the judiciary, in which the perpetrator was ordered to be imprisoned for 6 months and to be charged with a fine of DZD 200,000 ($1100).

Shaimaa’s mother says that she subjected to “the severest threats from the perpetrator personally through his friends as well as his family, which every time threatened to take the revenge.”

Shaimaa’s mother denies the news reported by some media that the perpetrator after his release from prison, he managed to persuade Shaimaa to get back to him and marry her, as she said in this regard, “Shaimaa was totally avoiding him, and did not want to marry him at all, until he committed his awful crime.”

Demanding the president for the retribution and even the execution

“Nothing will relieve me except the retribution, and application of the death sentence against Rayan,” her mother, Farouja, said when she ended her speech with Tiny Hand, asking the Algerian President Abdelmadjid Tebboune to apply the harshest punishments against this human monster as she described him, and “this punishment will not be more severe than the execution,” according to her.

Activists and lawyers are calling for the Algerian President Abdelmadjid Tebboune to reintroduce the death penalty, especially for the perpetrators of kidnapping, rape and killing of children, as in recent years Algeria recorded a clear increase in this phenomenon.

The President of the Algerian National Advisory Committee to promote and protect human rights, Farouk Ksentini, says that he opposes the death penalty in principle, but demands its application against anyone assaults an innocent child and deprives him of the right to life.

“The death sentence to the children killers and its application would deter anyone who may consider kidnapping and terrorizing an innocent child and his family. Therefore, the death sentence must be re-introduced against them,” Farouk Ksentini told Tiny Hand.

Algeria has abolished the application of the death penalty since execution of four Islamists from the “Islamic Salvation Front” political party in 1993, who were accused of bombing the capital’s airport in the summer of 1992. This penalty was suspended due to pressure from Western human rights organizations. However, it has not been abolished from the penal code, given that the judges are still rendering its judgments.