Children for sale: How the pandemic is forcing poverty-stricken parents to make desperate choices 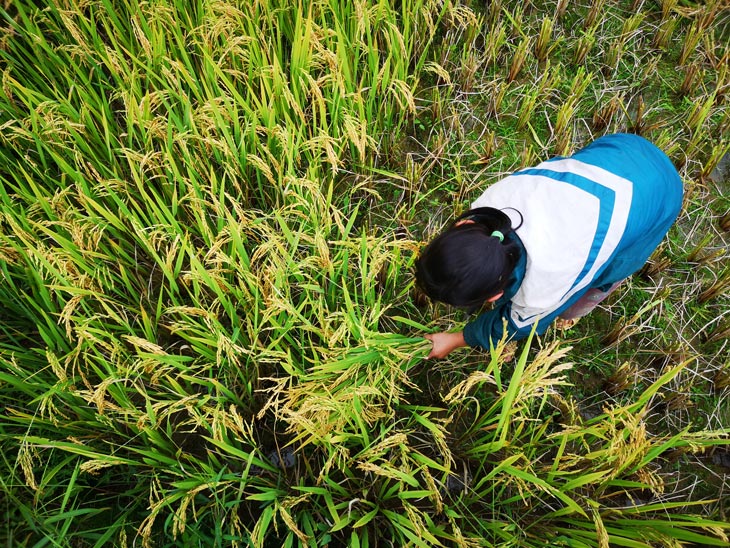 Report From: The telegraph

There’s a famous photograph from 1948. It shows a pregnant woman in the United States, face away from the camera, and four children huddled on the steps below.

There’s a large sign to their right. It reads: “4 children for sale, inquire within”. At the time, some offered help. Others were appalled at the parents’ choice. But selling their children wasn’t a choice, the family said. It was a necessity.

That same situation is now facing millions of desperate families around the world in the coronavirus pandemic. They may not have signs, but children are being effectively sold all the same.

They are being married off early, or sent to work in tea shops, on farms, in mines, and collecting recycling. They are being sent across borders, trafficked to nearby towns and cities, forcibly recruited by armed groups, and sexually exploited online.

“Let me paint a picture. You’ve lost your livelihood. Your child is no longer going to school. You have to boost the family income. What are you going to do? What choice do you have?”

According to a number of studies, when poverty increases and more families are pushed into a daily struggle for survival, children are more at risk of exploitation, child marriage, child labour, and trafficking.

The situation during Covid-19 is even more acute because of school closures, meaning children are home, and shutdowns, reducing child protection services. Several studies, including from the World Bank, have suggest that for every one per cent increase in poverty, there is at least a 0.7 per cent rise in child labour.

A recent UN estimate suggested that the number of children in poverty had already risen by 15 per cent – defined as living on less than  $1.90 a day – to 1.2 billion during the pandemic. As such, Unicef and Save The Children have suggested that gains on child labour made since 2000 – 94 million children taken out of work – could be almost entirely reversed.

For Hti Win, in Yangon, Myanmar, things are already going backwards. He has six children, and lost his job as a carpenter in March. His son Pay Zone, who is 11, is now supporting the family by collecting plastic bottles to sell for recycling.

“When the children work, we can eat. If the children stop working, we suffer,” Hti Win says simply, speaking to The Telegraph over Skype from the office of a charity, through his face mask, with his son by his side. Hti Win says he is not pushing his children to work, and would much prefer them to be in school.

“But they understand they need to help their father,” he says, adding that he is depressed that their lives are turning out like this. “We don’t have a choice,” he adds, because there is no government support.

Pay Zone, 11, says he already understands that. He doesn’t blame his father, and laughs when prodded by his dad over whether he’d like to be poor or rich when he grows up. “Oh, I want to be a rich man,” he says, looking up for the first time.

Often, Pay Zone’s brothers and sisters come with him to collect bottles. On a good day, they make 7,000 kyat (just over £4). The youngest is six years old, and the work is dirty. They pick through sewage and waste water to find the bottles. But it is work or starve. Hti Win said two of his children have already died of malnutrition.

The team helping Hti Win’s family, from the UK and Danish charity Mercy Outreach, say the scale of suffering cannot be overestimated.

“There are children coming to our centre in Yangon and they were picking the leaves off the trees and eating them,” said Soren Samuelsen from Mercy. “We asked them why and they said they hadn’t been eating. Things are getting pretty desperate.”

They said they have had reports of mothers selling their daughter’s virginity in order to survive, and of whole villages emptied of children who have been sent away for domestic labour.

“There are agents ‘helping’, when someone gets sick, or gets in debt,” says Mr Samuelsen. “The daughter goes to domestic work, and the family get a year’s salary in advance – so if they run away because they are treated badly, the family has accepted the money, so they will send the child back. And then it’s tea houses for the boys. It is totally organised, so normal, and so sad.”

In countries where things like child labour or child marriage were already common, they become what Unicef described as a “coping mechanism” in times of crisis. In Somalia, for example, Plan International’s country director Sadia Allin said there was a long history of children taking care of the family in times of need.

“When the situation gets worse, this happens more,” she says. “Because of pre-existing norms, in Somalia you see children shoe-shining, cleaning cars, or going out with their parents to beg, sometimes as young as five years old.”

“What’s happening is not surprising,” says Erica Hall, child rights expert at WorldVision. “And it’s coming out of the desperation of families, but it’s also because their protection systems have been shut down – the schools are closed, the courts are shut, the police are not as visible.”

As well as removing the safety nets for children, she said that lockdowns had actually obscured reporting, too, meaning that the data on what is happening to children across the globe so far is likely to be just the beginning. A Unicef report found that child protection services had been disrupted in more than 100 countries, and workplace inspections have gone down too.

Another problem is that many of the most appalling things that can happen to children are often the most secret.

In the Philippines, reports of the online sexual exploitation of children spiked by over 260 per cent during lockdown, according to the Department of Justice. The National Center for Missing and Exploited Children, which operates the CyberTipline Report helpline, had 279,166 reports in the period from March to May.

In the same period last year, there were 76,561 calls. And while some incidents were linked to children being put at risk by spending more time online unsupervised, a significant minority of incidents involved the parents or care-givers who were offered money or other benefits to get their children to act in certain ways online, according to Unicef’s team in the Philippines.

“That is exactly what we are talking about,” says Maria Margarita Ardivilla, Unicef’s child protection specialist. She says the reports “ran the gamut” from the sharing of sexualised images of children to livestreams of sexual acts. Some 76 children were rescued by police even during lockdown, she says, and one rescued family spoke of the ‘cottage industry’ involved in recruiting families and setting up internet access and cash transfers.

“We know we have this hidden and most grievous problem,” she says. “I don’t think there’s any way of sanitising the dire economic situation the Philippines is in. And there are other drivers taken with the poverty. When you don’t touch the child, they are not harmed, the parents or caregivers think.”

But she said it was not about blaming parents. “For them, survival trumps everything. Parents can feel justified to sell their children online if it means feeding their family. We need to support them – if they are desperate, what do we expect them to do?” she asks.

That is a rallying cry across the globe, with child protection experts warning that the safety of children needs to be prioritised – via re-opened schools, better child protection, and the establishment of social and financial safety nets for the most vulnerable – or the world faces losing an entire generation.

“In sum, what does humanity think of the future? Are these kids going to pay the price for Covid?” asks Unicef’s Mr Williams. “They will, unless we get these policies right for them. And they will be asking you and me, what did you do? What did you do during Covid?”