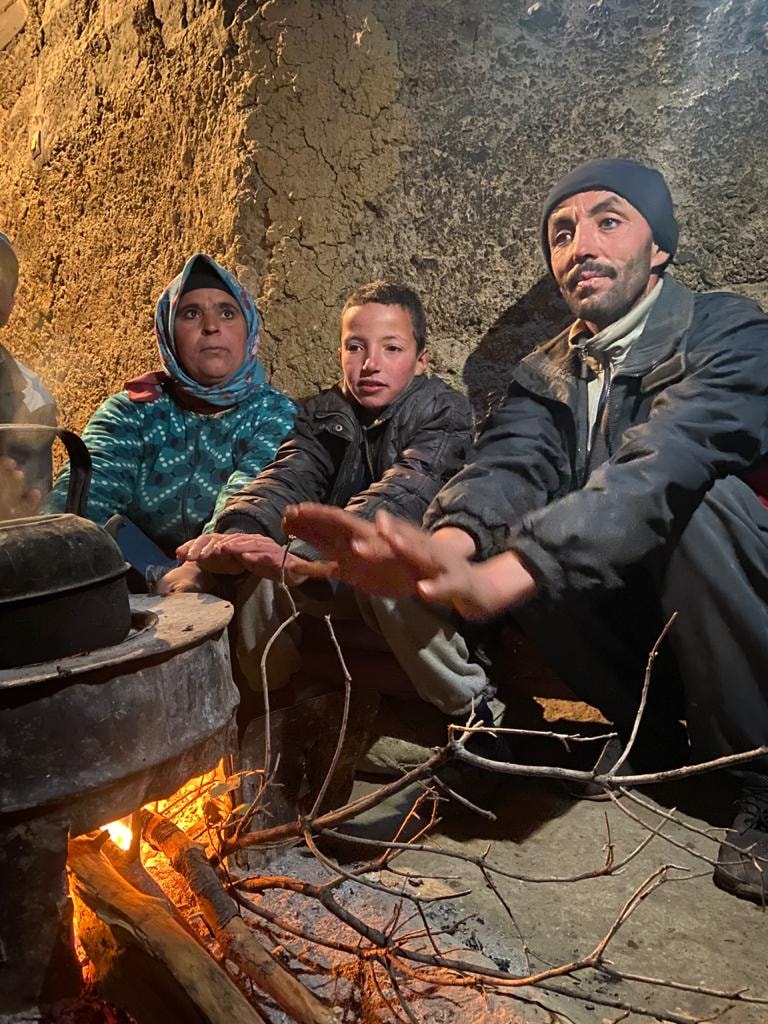 “It’s freezing over here. We’re in the mountain and the snowfall is heavy. I feel cold. I want you to bring me a coat, gloves and socks.” With these simple words, the child Abdul Salam was able to draw the Moroccan people’s attention to the miserable living conditions in his remote village.

A short video of the 11-year-old child, who is still in the fifth grade, went viral on “Facebook” as he raised a call to the Moroccan people asking for help. The background behind him demonstrated the fall of heavy snow, which has not been witnessed in Morocco for years.

The child appeared in rags and looked cold while recording the video outdoors in a village called “Ait Abbas” in the city of Azilal, at the meeting point of Middle Atlas and High Atlas. He was recognized as a “hero” after drawing the attention of the Moroccan officials and volunteers to the miserable conditions of families living in his snow-trapped village.

Social media activists showed admiration and appreciation for his courage. A relative of Abdul Salam assured that the boy recorded the video and shared it without taking any prior permission from his parents who, at first, had known nothing about it until they were informed about it through phone calls from people.

Abdul Salam, according to his relative, expressed himself in a completely spontaneous way and asked for what he needed without overthinking it. Thus, he pointed out that his village and community needed help because of the bad, severe weather conditions and the difficult topography.

A Moroccan activist shared a post on his personal Facebook page saying, “This miraculous child is much better than many MPs and minsters. This is because he advocated his village via a simple mobile phone and a spontaneous speech.” In response, tangible efforts were made to meet his demands after he spoke for the needs of his forgotten village located in the mountains of Azilal.

The governor of the region hosted the child in his house and then visited his family to hear their problems. He promised to find solutions to the villagers’ problems particularly their poverty, demand and severe weather conditions.

In collaboration with a number of civil society activists and entities, the non-profit relief organization, Ataa Charity Foundation, responded to Abdul Salam’s appeal and quickly sent provisions. A lorry loaded with tons of foodstuff, clothes, and shoes was sent to the boy’s friends and the rest of the families in his village.

A video of a girl, aged 13, has shaken the Moroccan society powerfully as she assured, with uncontrollable tears, that she was raped and sexually assaulted by her paternal uncle and a neighbor. …

“I apologize and want the Moroccan people and Adnane’s parents to know the truth about what happened, so that I can have a clear conscience. I did not rape Adnane, but kidnapped him because I was in need of money….