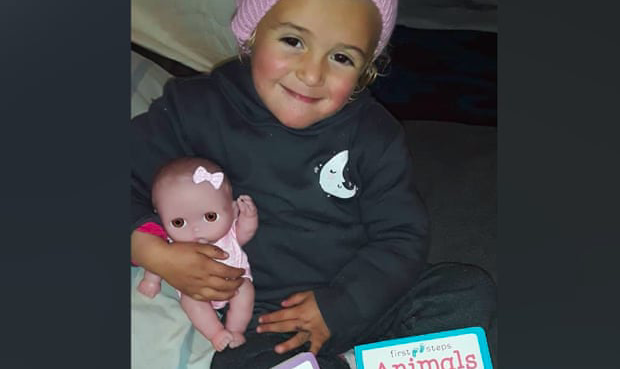 A three-year-old Australian girl in Syria held in al-Hawl camp will likely lose her fingers to frostbite, unable to be properly treated during a brutal winter in the squalid camp.

Amirah is one of 47 Australian children being detained in the sprawling detention camp for the family members of Islamic State fighters, as the north-east of Syria endures a bitterly cold winter.

The temperature has fallen consistently below zero this winter, snow has blanketed the camp, and many of the mattresses inside the tents where families live have become soaked with water and cannot be dried. There is a shortage of warm, dry clothes.The blackened fingers on Amirah’s left hand have worsened since, and doctors believe it is likely they cannot be saved. She also suffers from pain in her kneecaps, and is suffering malnutrition.
Amirah’s five-month-old brother Yahya, who was born in the camp, is also malnourished.Amirah’s mother is Melbourne woman Kirstie Rosse-Emile. Her father is Nabil Kadmiry, a former Isis fighter who had his Australian citizenship stripped last October. It is understood he also holds Moroccan citizenship.

He is currently being held in a Kurdish jail.
Other Australian children in the camp are reported to be suffering developmental disorders, diarrhoea, seizures, rickets and asthmaAcross al-Hawl, where up to 70,000 women and children are guarded by Kurdish forces.