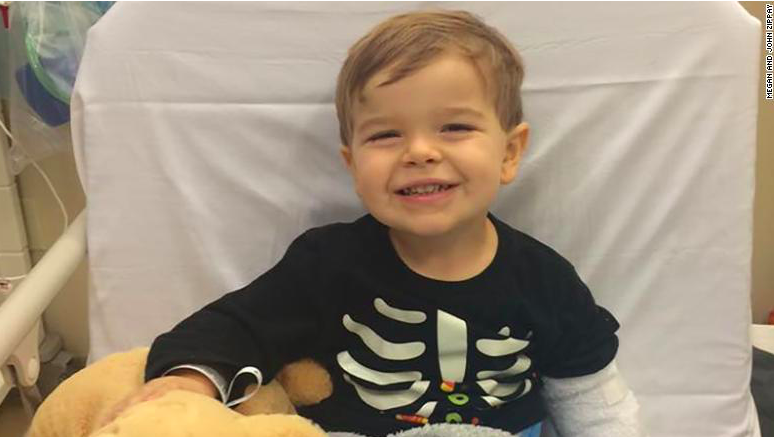 A 6-year-old boy who has been battling cancer got a surprise standing ovation from his classmates when he returned to school after finishing his last round of chemotherapy.

John Oliver Zippay has been in and out of school for three years after he was diagnosed at age 3 with acute lymphoblastic leukemia in 2016, his father John Zippay told CNN.

On December 27, John Oliver got his last round of chemotherapy. To celebrate John Oliver’s return to school in Newbury, Ohio, his classmates welcomed him back with applause, smiles, high-fives and cheers, as seen on video posted on Facebook.

On John Oliver’s last day of chemotherapy, the nurses, family and friends gathered around so that he could ring the bell that patients ring when they finish their last treatment.

“And that’s when I told him, ‘okay buddy, you gotta ring the bell. Ring it for all the kids who didn’t have the chance to ring it’ and it’s like everything went into slow motion for me,” John said. “He rang it so hard, he was so proud.”

John said he’s really looking forward to seeing his son do all the things that normal kids should be doing at that age now that he is in a healthier stage of life.