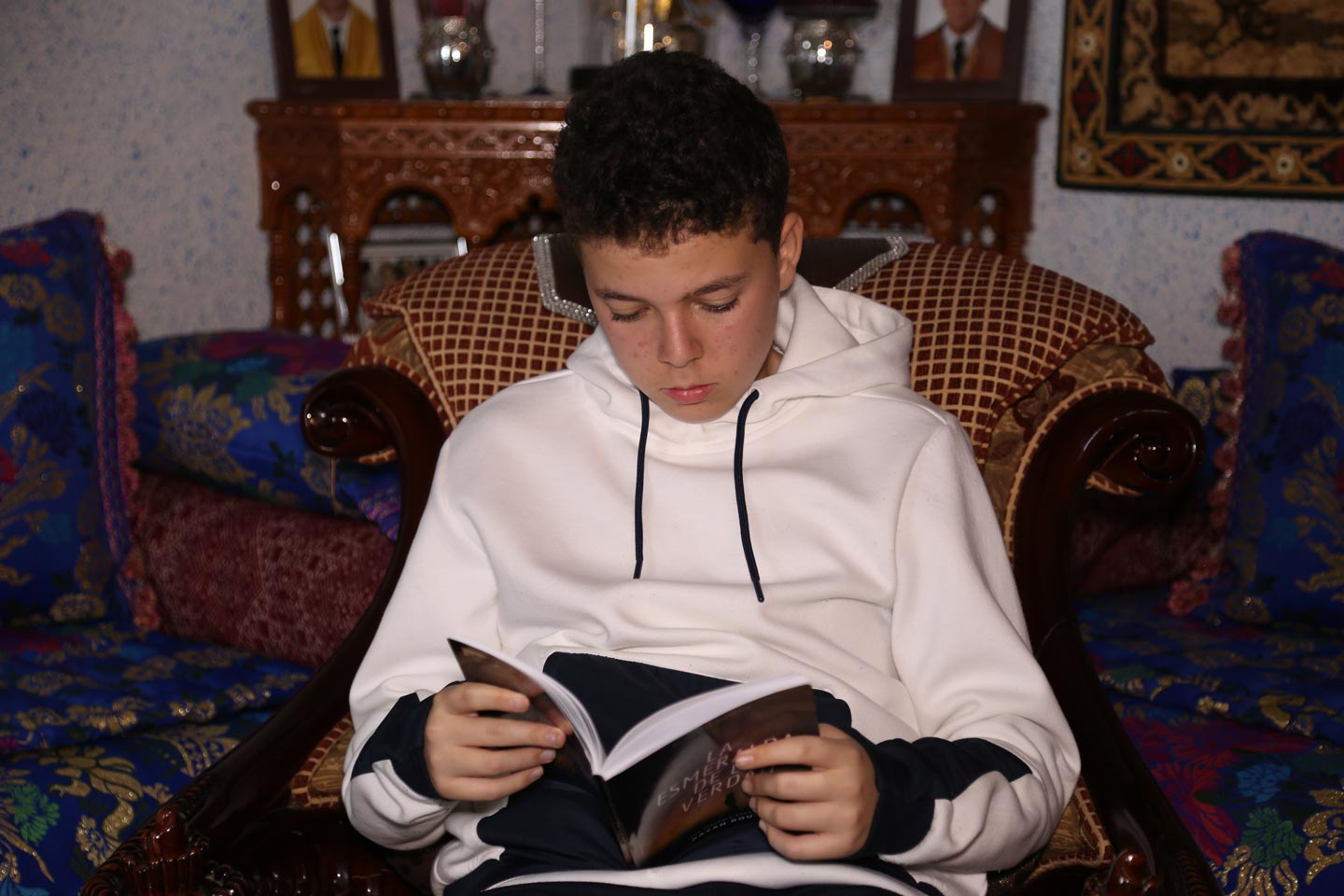 La Esmeralda De La Verdad” (in English, The Jewel of Truth) is the name given by the youngest Moroccan novelist to his first novel in Spanish, which he wrote before his 12th birthday anniversary.

Rayan Boulila looked shy as he talked to Tiny Hand but he has a wild imagination that enabled him to give free rein to his thoughts and dreams and write his first novel in Spanish.

The novel tells the story of an adventure that takes the protagonists to Belgium to uncover the mysteries of a marvelous jewel.

Rayan started his writing journey at the age of eight. He produced a number of creative short stories and amazing poems before he started authoring his first novel.

He published parts of his novel on a website specialized in literature and got some encouragement and criticisms as well. However, the common factor among the readers is the fact that they have no idea of the author’s young age.

With regard to the reason behind his writing in Spanish, Rayan explained that he finds his thoughts and ideas flow smoothly in Spanish due to his study at the Spanish Expedition’s School “Pilar” in Tetouan, northern Morocco.

The shock of his father’s death stopped his writing flow

Rayan’s mother was the first person to discover his talent. The early signs of his gift were his deep passion for reading and writing at a very young age. He even would save some of his pocket money to buy magazines and short stories to read.

“I was surprised when I saw him typing on his computer. When I asked him what he was doing, he told me he was about to write the events of a story he imagined. At the outset, I did not take his words seriously but shortly I discovered that his fountain of creativity has flowed out in the form of a novel,” Ms. Monia, Rayan’s mother, told Tiny Hand.

Eventually, the novel has seen the light of day and been distributed to Spanish bookshops in Tetouan city (279 kilometers from Rabat). Attempts to distribute the novel in Spain have failed so far but there is still hope to find a way.

Ms. Monia felt very sorry that her young novelist son stopped writing for several months in consequence of the shock of his father’s death last summer.

Even if the 14-year-old novelist could not finish the last chapters of his second novel because of his sadness over the loss of his father, he is still very fond of literature and can only find his peace of mind in writing new pages, Rayan noted.

A writer who dreams to be a doctor

Besides writing, Rayan likes to become a doctor, especially as he is very clever in mathematics and physics. He even received the Top Student Award in the Mathematical Olympiad at the level of the Kingdom of Morocco.

As for his hobbies, Rayan loves to play with Rubik’s Magic Cube and can actually solve it in less than 20 seconds. He also told Tiny Hand that he was preparing to head towards Casablanca to participate in a national competition soon.

Rayan wishes to win the Rubik’s Magic Cube competition and aspires to pursue writing and imaginative creativity like his favorite Spanish writers.