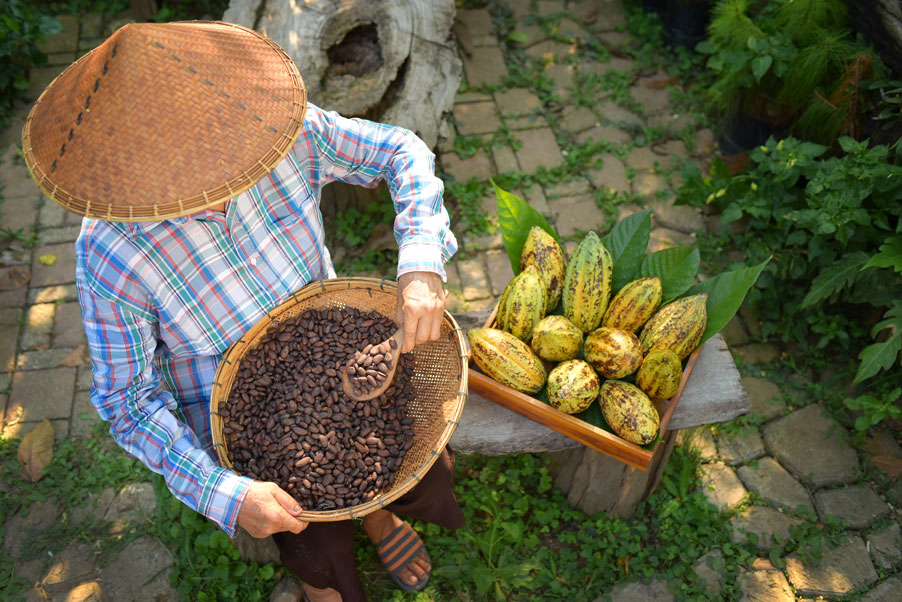 A forthcoming U.S. report that shows child labour has risen in the West African cocoa sector is to be reviewed independently after Ivory Coast and Ghana objected to the methodology, the U.S. Labor Department said on Friday. According to Reuters.

The report, which was funded by the Labor Department, had been due to be published later this month. However, the review is likely to delay publication, the report’s authors at the University of Chicago said.

A draft of the report that was seen by Reuters found that child labour on cocoa farms in Ivory Coast and Ghana, the world’s top producers, had risen over the past decade despite promises by chocolate makers and cocoa traders to reduce it.

The Ivorian and Ghanaian governments objected to aspects of the methodology, including how comparisons were made between data collected for the current report and data from a previous report in 2015 that turned out to be flawed.

The latest report is the third in a series called for by an agreement between the cocoa industry and U.S. lawmakers first struck in 2001. The report’s surveys were conducted in 2018 and 2019.

In a statement to Reuters, a spokesperson for the U.S. Labor Department said it believed the researchers had made every effort to consult the two governments but that it had accepted the governments’ requests for an independent review as a matter of “good faith”.

“Our expectation is that NORC will take into proper consideration the findings of the Experts Group, and as necessary and where possible, make any appropriate adjustments to the report,” the statement said.

“We trust that the two governments will respect the findings of this independent Experts Group,” it added. It did not say who would be in the group.

The Labor Department did not say how long the review would take.

Kareem Kysia, lead researcher on the project at NORC, a research organisation at the University of Chicago, said in a statement that NORC fully supports the expert panel.

Brahima Coulibaly, spokesman for the Ivory Coast government department that looks into child labour, referred Reuters to a previous statement rejecting the report’s methodology. Ghana’s cocoa board spokesman Fiifi Boafo said Ghana was “not opposed” to the review.

“However, any review of the report must be one that will be done by a truly independent party who will take into account and correct all the major flaws that have been pointed out,” he said.