The video that enraged Moroccans: the child talks about what happened to him and his sheep 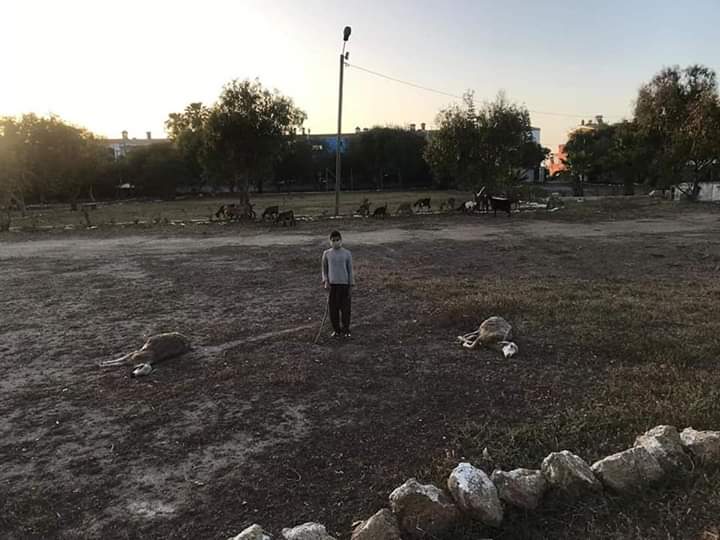 The roar of the engine of a car driven madly at high speed burst into child Ayman’s ears while his scared ewes making louder plaintive bleating, asking him for help. At this moment, the child stood aghast unable to believe what he was seeing with his very eyes.

When the cloud of dust left by the Frenchman’s vehicle dispersed, the ewes appeared dead, mutilated, or broken at best. Only then, the 15-year-old Moroccan child succumbed to tears.

Ayman could not identify the reason behind the anger of the old Frenchman, Michel, wondering, “What is the guilt of these poor sheep? They did not do anything wrong that makes him massacre them in such a brutal manner”. Ayman’s father is very grateful to God that his son remained where he was “because if he ran after the sheep flock, he would have been killed, too.”

The full story as told by Ayman’s father

It was a hot Ramadan day when the shepherd and Ayman’s father were not there for some personal stuff, giving their son the task of caring for the sheep flock for some hours until they return. Everything was going perfectly but the car of the Frenchman turned their plan upside down.

A video clip went viral on social networks, documenting a deliberate and brutal run-over of sheep by a car driven by an angry Frenchman, killing some and wounding others. The shocking scene made Moroccans angry and resentful of the Frenchman’s behavior towards the Moroccan child, demanding that he be punished and not be tolerated for his heinous acts.

“I felt wronged and I had mixed feelings. I ran towards the scared flock, but somebody prevented me out of fear that the owner of the car would run over me,” Ayman added.

Ayman was shocked and he burst into tears as he heard the Frenchman threatening him with a similar fate if he brought the folk to his land again. Ayman then started to inspect the sheep scattered everywhere on the ground.

Two days later, Ayman and his father returned to the scene of the incident, collecting the bodies of the dead sheep and their scattered limbs. They felt deeply sad and Ayman’s father asked for enforcing justice while his son who studies the Qur’an and its sciences hoped that “such incident will not be repeated with any other child,” Ayman told Tiny Hand.

The offender has been arrested now awaiting trail

A few hours after the incident, which Ayman’s father described as “barbaric and uncivilized,” the security authorities have arrested the Frenchman, Michel, who is charged with “attempting murder and deliberately killing pet animals” and “committing violence against and in the presence of a minor.”

Abdelali Al-Rami, head of the Assembly of the Childhood Forum Association in Morocco, condemned the incident as a violation of the law, which is everyone’s final recourse.

“Killing sheep with such brutality, terrorizing a child, and causing him severe aftermath psychological impacts constitute a punishable crime,” Al-Rami said. He added that the child should be provided with psychological assistance to protect him from emotional harm in the aftermath of the run-over of his family’s sheep flock.