The impact of explosive weapons on children in Iraq 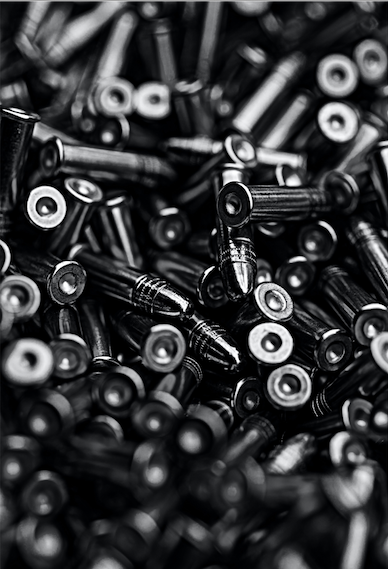 The 21st century has been a tragedy for Iraq’s children. An entire generation of girls and boys have suffered violence, terror, poverty, and displacement.

Iraq’s 17 year conflict began with the US-led invasion in 2003 and evolved into a sectarian civil war, with intense military confrontations between ISIS and the Iraqi Government between 2015 and 2017. Today, Iraq and its allies are engaged in fighting a low-level ISIS insurgency. Throughout the geopolitical developments of Iraq’s protracted conflict the use of explosive violence has remained consistent. The impact of these weapons on children has had far-reaching and devastating consequences.

This report presents data and research on the impact of explosive violence on the children of Iraq, focusing on how Iraqi children have been affected by the military interventions of foreign powers, combat operations of the Iraqi government, and terrorist activities of groups such as ISIS.

According to data collated by AOAV, there were 4,424 recorded incidents of explosive violence in Iraq between 2011 and 2019. In total, some 72,438 individuals were either killed or injured. Of these, 77% (55,999) killed or injured were civilians. AOAV’s data shows that of the incidents which recorded children among the casualties, 693 children were killed or injured by explosive violence in Iraq between 2011 and 2019. As AOAV’s data only uses the information made available by English-language media reports, the real number is likely to be much higher. The volatile security situation in Iraq has limited access for the monitoring and documentation of violations.

Research by Save the Children recorded a total of 717 child casualties in Iraq from conflict in 2017 alone, with 78% (562) of these from blasts. In their report, Blast Injuries, Save the Children notes that the effects of blasts are “immediate, long-term and life-limiting”. Blast injuries, such as torso injuries or burns, affect children more severely than adults, with children at higher risk of death than adults when explosive violence is used.

Airstrikes have been a key component in the military operation against ISIS. In March 2017, the US conducted a series of airstrikes across Mosul, killing and injuring hundreds of civilians. Nine members of one family were killed in the attacks, including children. In May of that year, six children were also killed and five were maimed as a result of an unattributed air strike on a school hosting families of ISIS fighters. Data collected by the AOAV found that airstrikes carried out in 2003-2011 were more likely to impact the lives of women and children than other forms of violence.

The UN found that during 2018 and until mid-2019, almost half of the child casualties (47%) were due to ERW in territories previously held by ISIS. When explosive hazard clearance activities began in Mosul, the United Nations Mine Action Service (UNMAS), described the extent of explosive contamination in the area as of a “previously unseen magnitude”. ERW results in severe injuries, disabilities and death, but also inhibits children’s access to education and other services.

Beyond the direct bodily harm and loss of life that explosive violence inflicts on Iraqi children, reverberating impacts affect children’s lives in a number of other ways. Humanium judged that Iraqi children are at a particularly high risk of becoming child soldiers, used for child labour or trafficked to be sold into slavery or prostitution.

In addition to physical harm to children, the conflict in Iraq has led to mental health problems for Iraqi children. Save The Children’s 2017 report, An Unbearable Reality, identifies extreme sorrow as one of the many causes of a mental health crisis within Iraqi children. Out of the children surveyed, up to 90% had felt upset over the experience of loss, while 45% could even share stories of violent deaths of loved ones. In particular, the presence of ERW generates an unresting sense of insecurity.

EducationChildren in Iraq not only face physical and mental health challenges; they have also been denied access to education. As of November 2018, it was reported that nearly 2.6 million children in Iraq were not attending school. This adversely effects girls with UNICEF reporting that 10% of primary school-aged girls are out of school, compared with 7% of boys.

UNICEF found that there had been at least 138 attacks on schools between January 2014 and May 2017, and that half of schools in Iraq were in need of urgent repairs. Most attacks on schools were carried out using explosive weapons. During the war against ISIS, 50% of all school buildings in conflict-ridden areas were reported to have been damaged or destroyed. The majority of these have not been rebuilt leaving a serious gap in education. In Nineveh Governorate alone, 130 schools were completely destroyed during the conflict there, and 350 are in need of rehabilitation. The numbers of teachers in the district also plummeted from a pre-war level of 40,000 to 25,000. This has meant that in post-conflict Nineveh, in some cases, there are up to 650 students per class.

Children in IDP camps often receive limited access to education . In 2018, the Office for the Coordination of Humanitarian Affairs (OCHA) reported that nearly 50% of children in IDP camps do not have access to quality education. For example, in one IDP camp in Kirkuk, there are just two teachers for more than 1,700 students. Girls in IDP camps were found to be particularly vulnerable to sexual abuse.

An estimated 800,000 Iraqi children had lost one or both parents- these children are at risk of being the forgotten casualties of war. The deaths of adults by explosive weapons expose children to considerable risks such as child labour and trafficking, orphans are particularly vulnerable to Iraq’s prostitution networks. Adoptions are illegal in Iraq, with the law only allowing guardianship of a member of the extended family or a close family friend. Adoption or legal guardianship from strangers is not permitted.

The Plight Of Yezidi Child Survivors Of Isis

Between 2014 and 2017 the armed group calling itself the Islamic State (IS) committed war crimes and crimes against humanity against the Yezidi community in Iraq. …