Photos of tent school drowning in rainwater in Syria 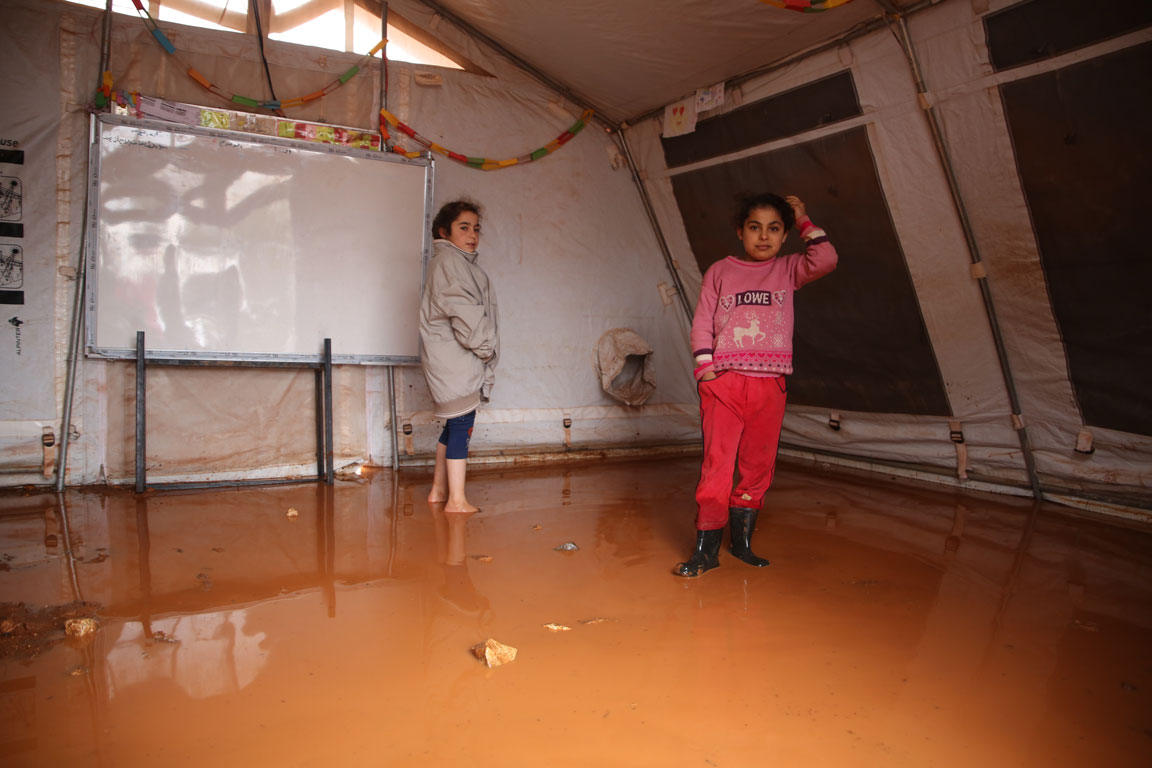 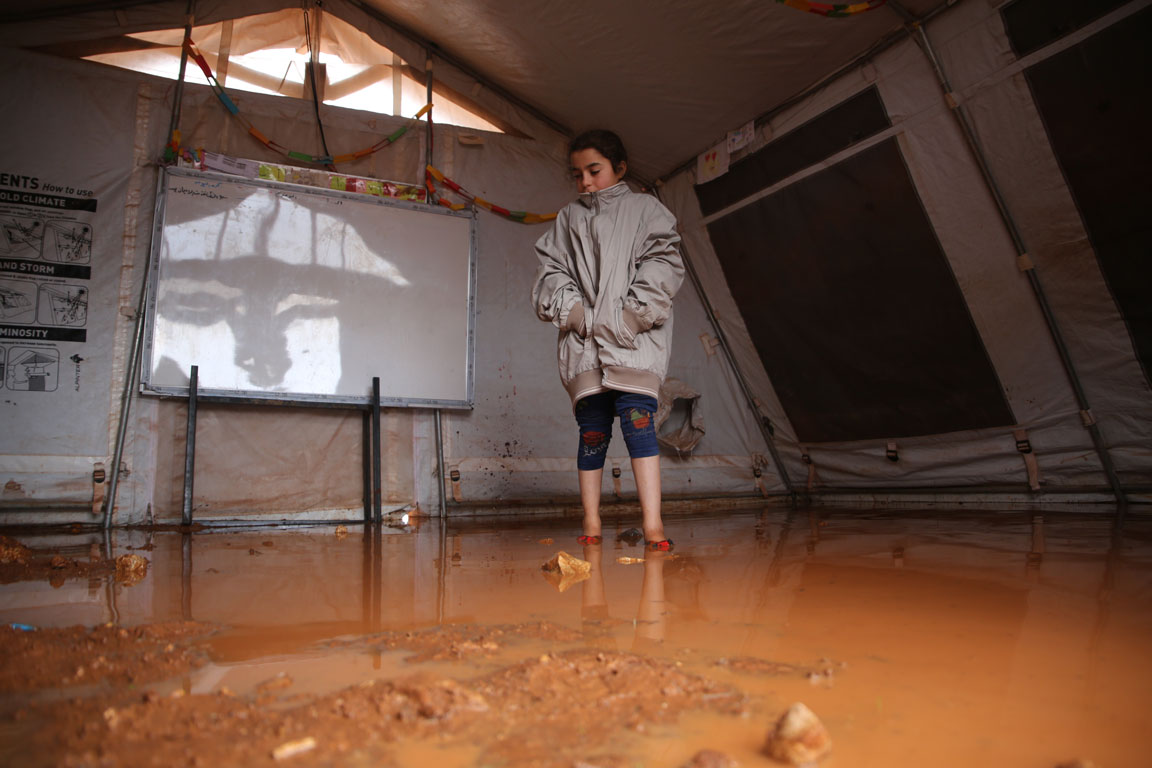 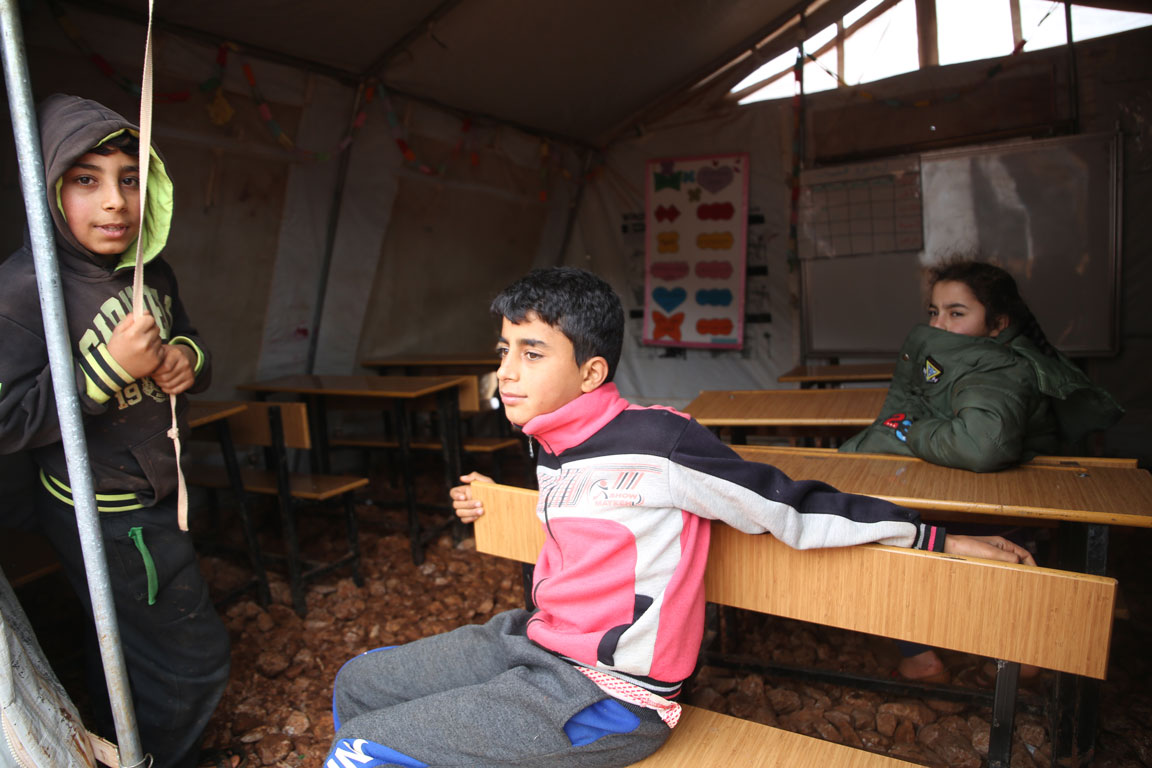 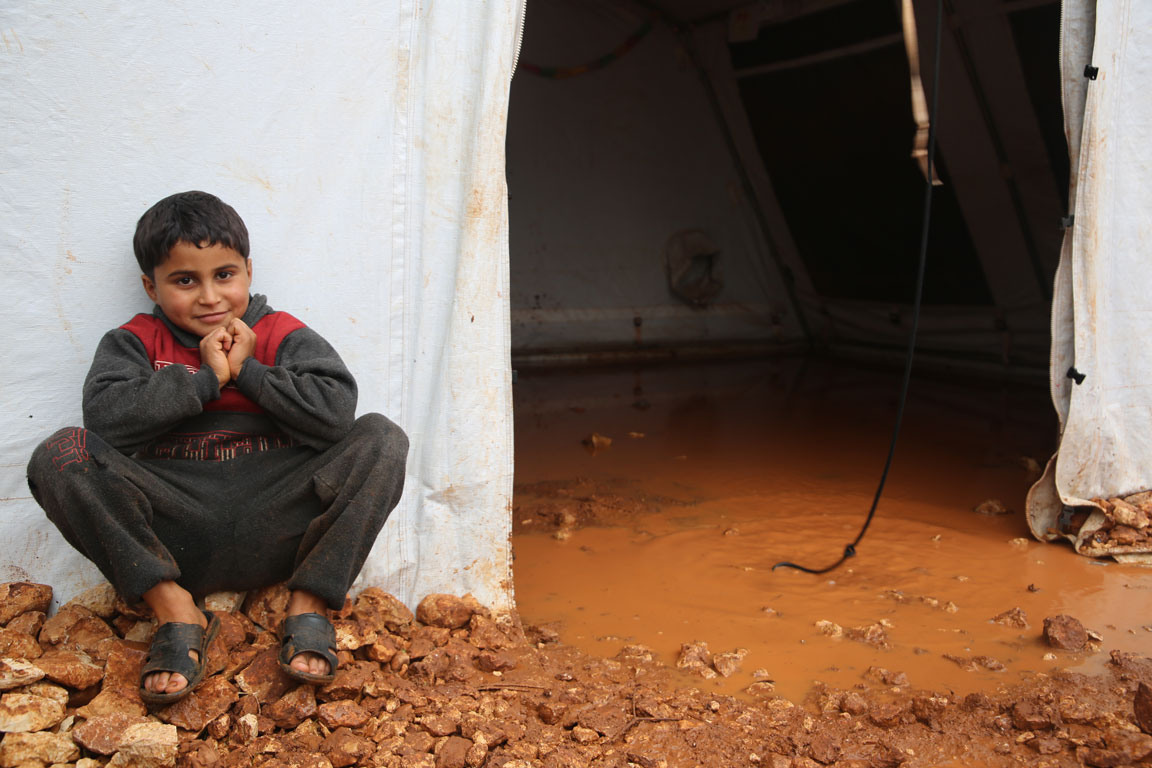 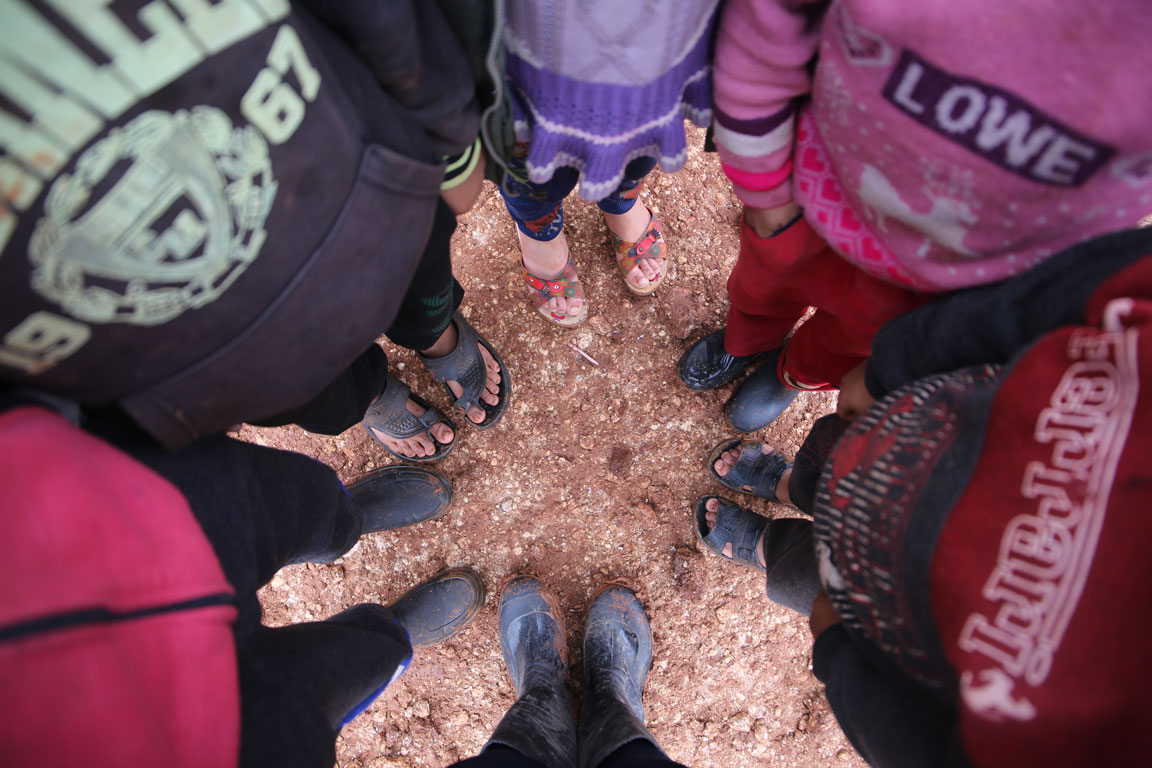 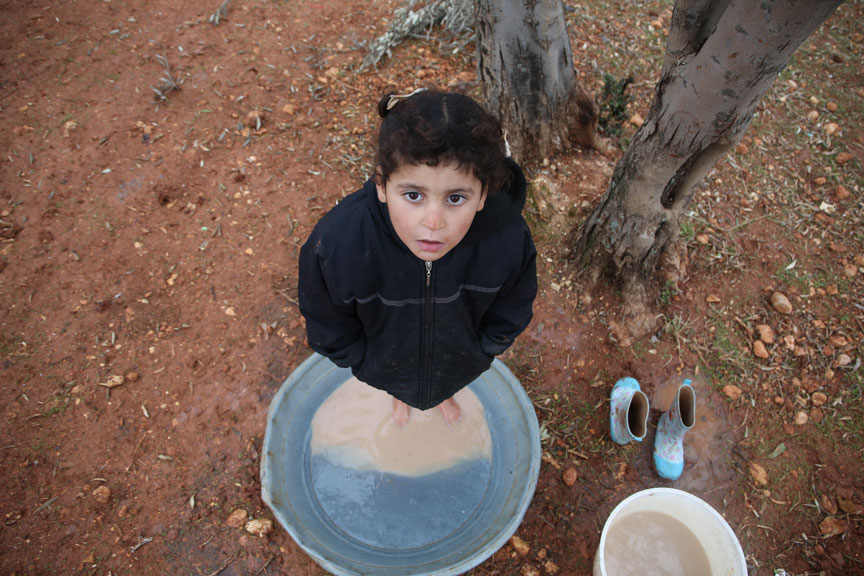 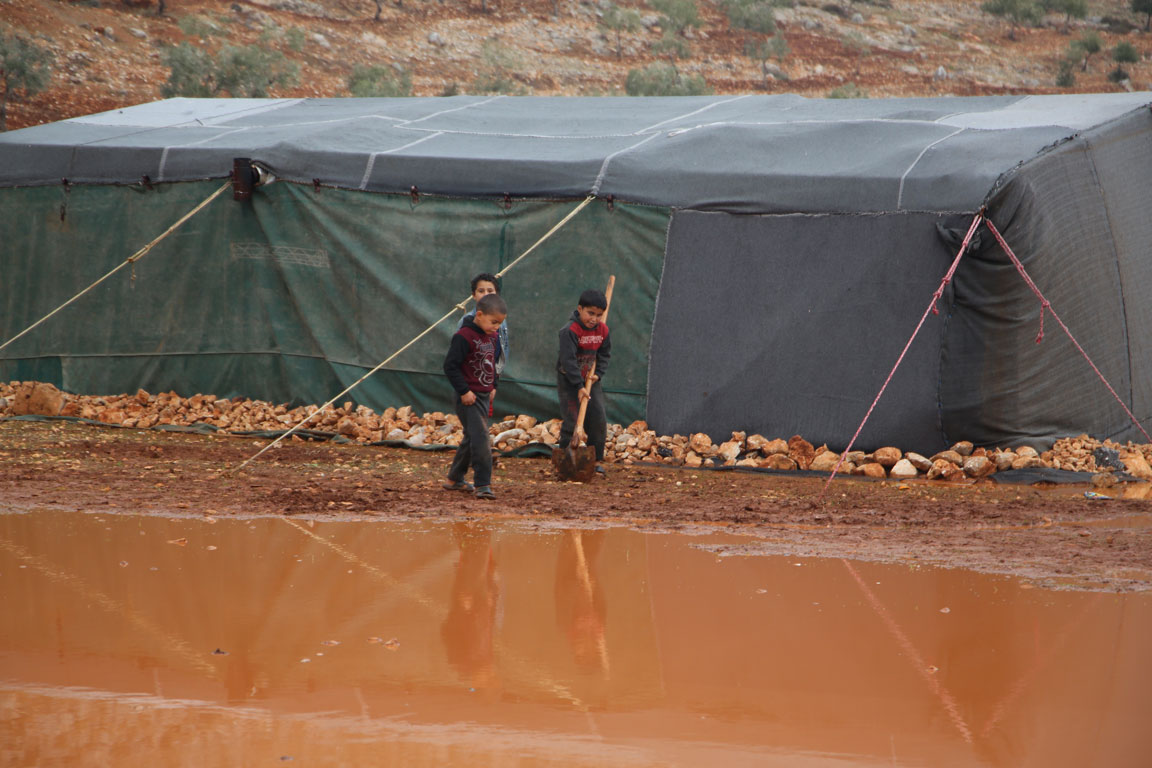 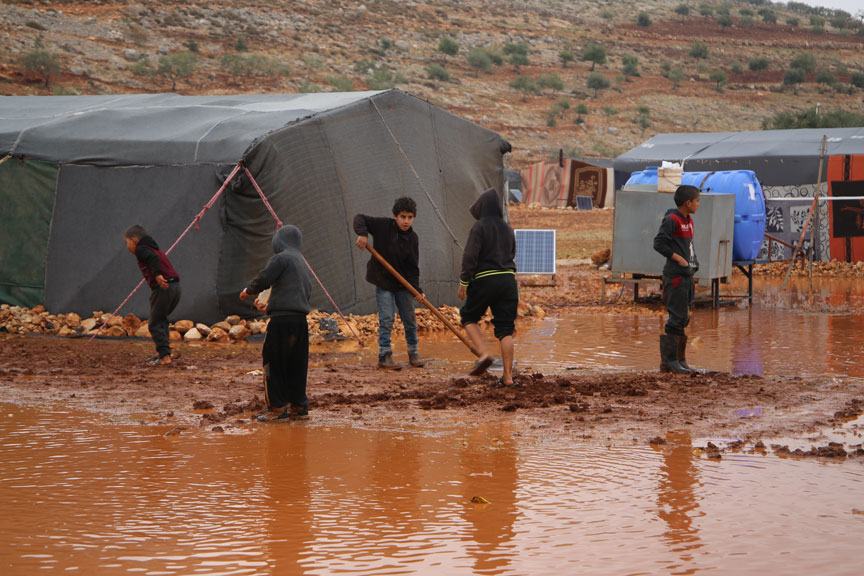 A huge number of tents drowned and were swept away as a result of heavy rainwater in Syria and particularly in its refugee camps.

We made a tour of one of the recently-established camps west-east of the city of Killi, near the Syrian-Turkish borders.

During the tour, we witnessed a number of children sitting in front of an uninhabited tent. Asking them about it, the children told us it used to be their modest school which became out of service due to heavy rains.

The tent drowned and the pupils had to take the seats outside. Luckier than all the other pieces of the modest furniture of this humble school which itself sunk in rain, the white board was the only thing that remained hung inside.

No fixed statistics are available on the population in the camp since it receives new comers on a daily basis, particularly after the recent wave of displacement of people coming from the city of Maarat al-Numan in Idlib.