North West Syria: Severe floods kill one child and force at least 20,000 from their homes 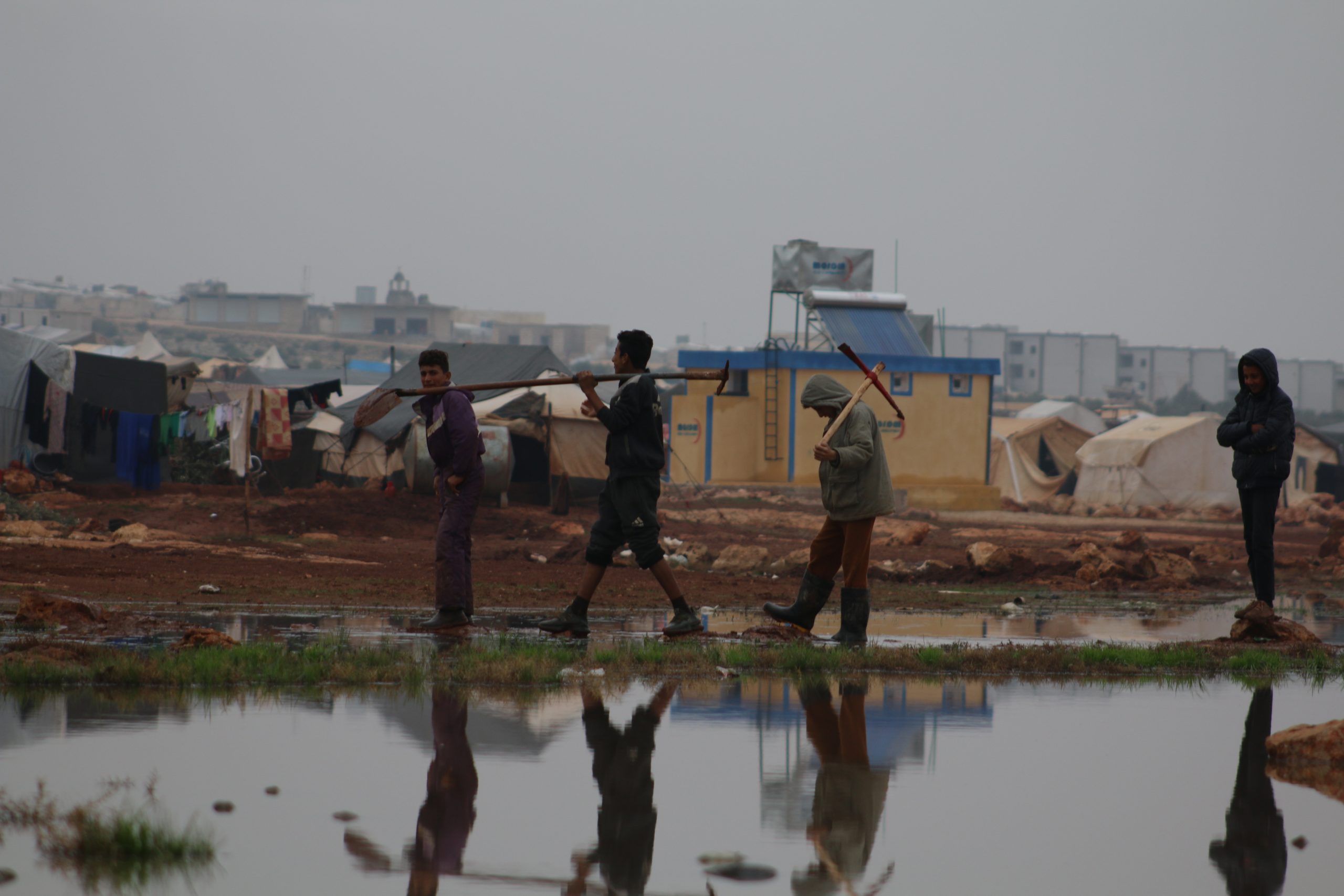 A six-year-old boy has died and more than 20,000 children have been displaced by heavy flooding in North West Syria, Save the Children said.

At least 41,200 people have been affected by a heavy storm which has caused extreme flooding on Monday in northern Idlib and western Aleppo. Most of the people affected have already faced years of being uprooted from their homes due to conflict.

At least 62 camps and 2,558 tents have been damaged or destroyed by the storm, often sweeping away the only possessions people had after nearly a decade of displacement.

Tens of thousands of people scattered to find shelter from the ongoing storm in schools and mosques. Others were forced to sleep in the open air last night, in temperatures below zero.

The storm has also caused damage to two schools, adding to fears for education in an area where Save the Children’s partners have reported losing access to nearly 50% of students since the Covid-19 outbreak in March last year. The two temporary learning spaces, which temporarily closed, were run by Save the Children’s partners ATAA and Syria Relief in camps in Idlib.

Hundreds of additional camps across the area have also become hard to access, cutting off thousands of families from life-saving humanitarian aid

Sonia Koch, Save the Children’s Syria Response Manager, said, “I am saddened by the news of the death of a child following severe floods in the northwest. This is another loss of life in nearly ten years of suffering for the Syrian people. Thousands of families will not be able to recover from this storm. For a long time .. many have lost everything they worked so hard to collect .. The children do not know where they will spend the night.