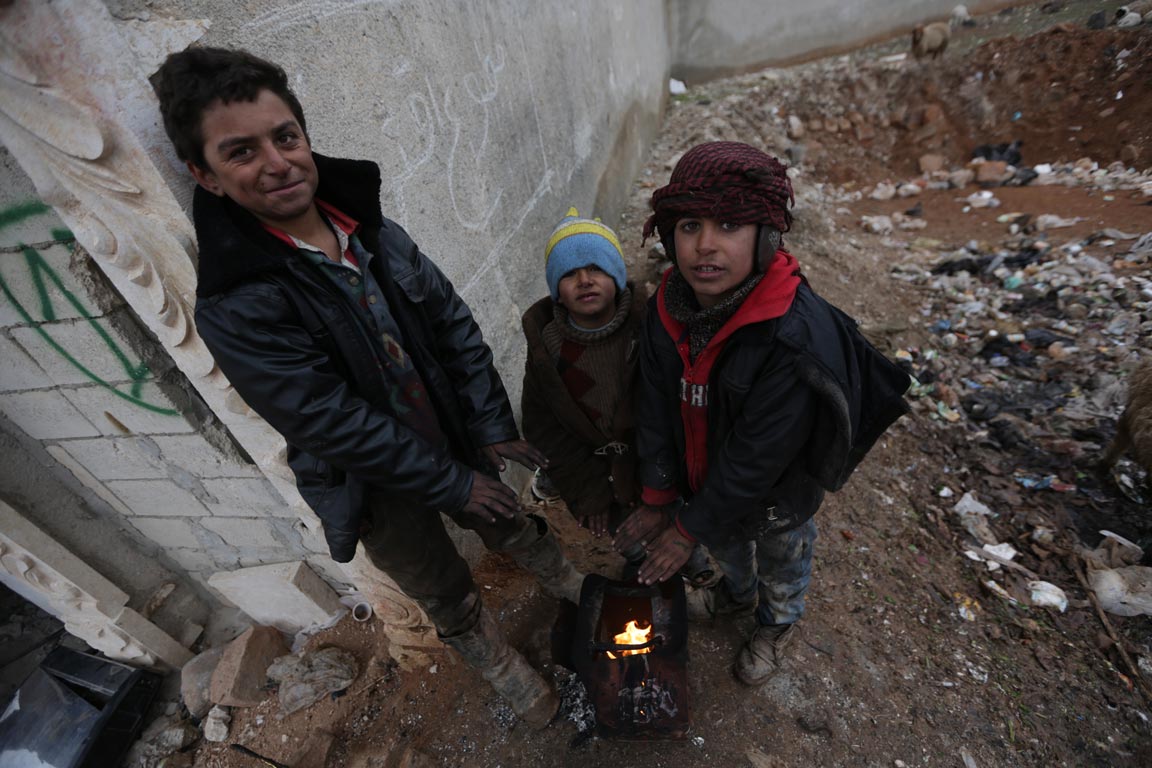 New analysis reveals an estimated 6.9 million children who have been forced from their homes across parts of Europe, the Middle East and Asia are at risk from a harsh winter that can dip to 0°C or below.

Save the Children identified twelve countries struggling with high numbers of displaced children where winter temperatures regularly hit freezing. Many of these children will be forced to face the bitter cold in flimsy tents, inadequate shelter or even out in the open, the aid agency said. In the worst cases, and without urgent support, these conditions can be deadly.

More than 28,000 refugees and migrants have arrived in Bosnia and Herzegovina this year and more than 8,000 are still in the country[i] which has already been hit by snow. Many refugees and migrants, including children, are squatting in disused buildings burning plastic for warmth or staying in bare containers.

Director of Humanitarian Public Health, at Save the Children, Rachael Cummings, said: “Millions of children have escaped vicious conflict or turmoil in search of safety. Yet for some the bitter winter could be as dangerous as the threats they left behind. Last winter in a matter of weeks freezing temperatures and harsh conditions in Syria killed fifteen children who had fled conflict.

Conditions vary but even before recent escalations in fighting in the north of the country, 14% of these families were forced to live in ‘sites of last resort’ – overstretched camps and other shelters, many without power, where it is almost impossible to keep children safe and warm.

“I was displaced fifteen times within this camp during last winter, the whole camp was flooding, the tent would soak in water and the ground would turn into a swamp.

“My children didn’t have proper clothes, we didn’t have a heater and didn’t even have wood to make fire for warmth! We are frightened of what’s coming, we are really scared of the rain, many children lost their lives last winter because of the cold and floods.”

The Syrian conflict has also forced 2.5 million children to flee to other countries that could reach freezing the coming weeks and months. In parts of Lebanon, temperatures have dropped suddenly in recent days. Children living in camps in the Bekaa valley are weary of storms like those that hit the country in January 2019. Shelters were flooded, soaking and damaging families’ precious few belongings and leaving them at risk of hypothermia.[

In Ukraine, most of the more than 330,000 children forced from their homes by conflict in the east of the country are in rented accommodation. But the average income for a displaced family is half the national average and not enough to cover even basic needs. Half of those displaced to villages say they cannot heat their homes well enough, and temperatures have already reached well below freezing.

Following 18 years of war in Afghanistan

, displaced families often live in houses made from earth, without electricity, and struggle to provide warm clothes or even shoes for their children. Many burn just enough plastic and wood to heat one room where families share a quilt to stave off temperatures that have already reached at least -5°C this winter and could plunge further.

Harsh winters and poor shelter can be deadly. When refugees and migrants sleep outdoors or in cold places they are prone to hypothermia, frostbite and other health conditions.[vi] A number of studies have shown that exposure to cold and inadequate shelter can drive up rates of pneumonia – the world’s biggest infectious killer of children under five.[vii] In Afghanistan, aid agencies have reported increased child deaths in the winter.

In extremely cold conditions small children are at a higher risk of hypothermia because they can’t regulate their body temperature as well as adults. Hypothermia starts with shivering and drowsiness before in severe cases the shivering stops and the heart rate drops. Newborns are particularly at risk because of their large body surface area, small amount of fat beneath the skin, and decreased ability to shiver.[ix]

The cold also leads to other dangers. Refugees are often forced to use stoves or kerosene heaters inside tents or other accommodation which can lead to deadly fires.[x] The fumes can lead to respiratory diseases. Meanwhile constant damp causes skin conditions and rashes.

Save the Children is providing a range of vital support to help displaced children and families get through the winter, including:

New analysis by Save The Children reveals how conflict affects girls and boys differently:…