Lebanon: ‘If your child is hungry, you will eat your rulers to feed your children’ 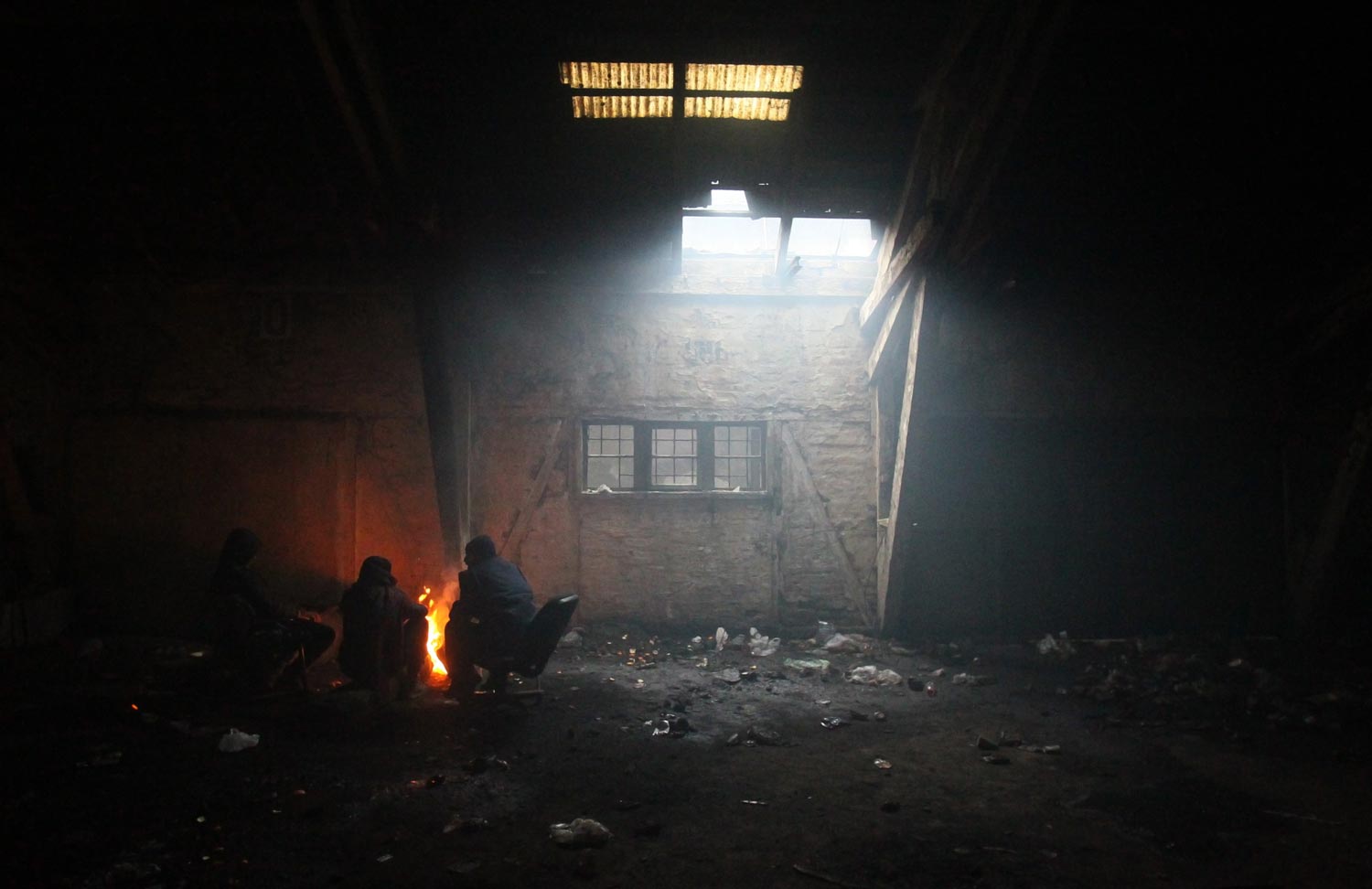 A large bag of the thistly gundelia plant arrives at Um Ahmad’s door as it does nearly every day. Wearing a double layered headscarf, she settles into a blue armchair. She has until the afternoon to trim the spines off the wild plant for her customers to cook.

“We work on the akoub (gundelia) so that we can live,” says Um Ahmad, using a pseudonym.

When visitors walk into her dark, cavernous room to meet her, she doesn’t even look up. A drama series blasts from an old TV.

“I get paid 10,000 liras for five kilograms of this,” she mumbles, peeling the stems of the spiny plant with a small curved knife. Because the Lebanese lira is in free-fall, her payment is worth just over $2.

Outside, the city roils with violent demonstrations, known as the “hunger protest.” These started just as Lebanon was loosening its coronavirus lockdown, and beginning to contend with poor living conditions exacerbated by the near shutdown of the economy.

Nightly confrontations between demonstrators and the Lebanese army have rocked Tripoli over the last week, turning it into the epicenter of the country’s renewed uprising against its political elite.

Protests against Lebanon’s political class, which has ruled the country since its civil war and is widely accused of corruption, engulfed its main urban centers in late 2019. At the time, tens of thousands of Tripoli’s protesters flocked onto the streets. The city was dubbed “the bride of the revolution,” both because of its energetic protests and because it was believed to have borne the brunt of political corruption.

Tripoli is the poorest city in Lebanon, despite being home to some of its most high-profile billionaires. A slum stretches across the banks of the city’s Abu Ali river, just minutes from pockets of extravagant wealth. The income disparity was always stark, but these days, Tripoli’s locals say it is unbearable.

“The army are our brothers. What we want is for them to join us, take the politicians from their houses, and throw them in the garbage dump,” says protester Ghassan, a 24-year-old handyman and a father-to-be who asked not to disclose his full name for security reasons.

“If your child is hungry, you will eat your rulers to feed your children,” he adds.

Lebanese Prime Minister Hassan Diab has called the demonstrations “natural” given growing economic hardship, but has accused rioters of infiltrating the protests in order to cause unrest. The Lebanese army also acknowledged the right to “freedom of expression” and cast suspicion on violent protesters. It said it would launch an investigation into Monday’s death.

Lebanon’s economy has taken a nose dive since last year. Before an uprising gripped the country in October 2019, the World Bank said nearly one third of the population was living under the poverty line. Earlier this year, the bank updated that statistic to 45% for the year 2020. Now, after government measures designed to slow the spread of the coronavirus halted the economy, Lebanon’s government believes up to 75% of the country needs aid.

It is a dramatic drop in living standards for a country which in 2018 had the highest GDP per capita among the Arab world’s non-oil producing nations.