How One Malawi Chief Saved Hundreds of Girls From Child Marriage 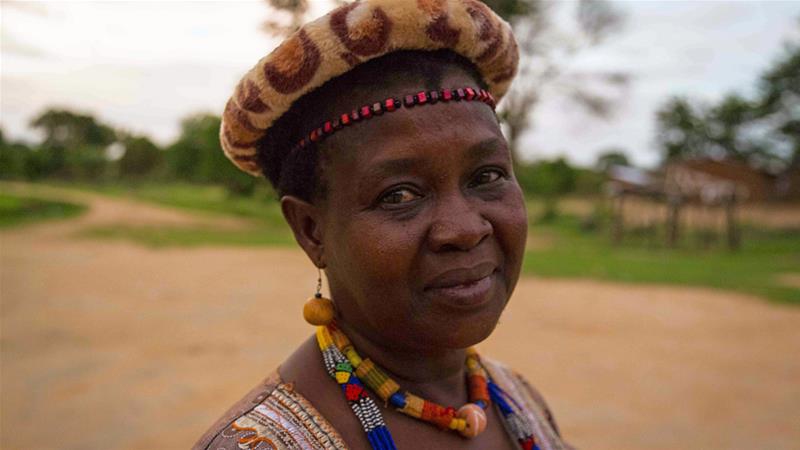 Theresa Kachindamoto didn’t expect to become one of Malawi’s Senior Chiefs. She’s the youngest of 12 siblings and a mother of 5. But she also has chieftain blood. Theresa was content, living in the small city of Zomba and working as a secretary at the local college. Then one day she was told to pack her bags and come home to Monkey Bay – she’d been made Senior Chief of Dedza District.

She wore traditional red robes and set out to meet her people. Dedza District sits between Mozambique and Lake Malawi. It’s home to 900,000 people and the average family lives on $11 a month. In Malawi, half the population lives under the poverty line. The country also has one of the highest child marriage rates in the world: 1 in 2 girls is married by 18. For poor families, early marriage is a way to ease their economic burden. It’s also a custom that many cling to as a cultural rite.

In those first days, Chief Kachindamoto met countless girls who were also wives and mothers. Most had dropped out of school. They told her that some girls are beaten by their husbands and others die giving birth. “I said: no, this is too much. I must do something,” said Kachindamoto.

She summoned village headmen, church leaders and NGOs. “I told them: whether you like it or not, I want these marriages to be terminated.” She mandated that all village headmen sign and enforce an agreement to abolish child marriage and annul existing marriages. Anyone refusing to comply would be stripped of his position. And the chief kept her word. She dismissed 7 village headmen, 2 of whom were women, when they wouldn’t comply. When they returned to say they’d annulled all child marriages, she gave back their titles.

In the last 5 years, Chief Kachindamoto has annulled 2,049 child marriages. She’s developed a network of “secret mothers and secret fathers” who keep an eye on other parents, making sure no one pulls their girls out of school. “If girls are educated, they can be and have whatever they want,” she said.

Chief Kachindamoto is trying to transform a nation and its culture around girls. She knows it will take time. So she goes door to door, talking to parents. She’s built coalitions and passed by-laws that prohibit early marriage and sexual initiation customs. When faced with severe resistance, she’s unfazed, shrugging off death threats and harassment. Chief Kachindamoto says the law is the law, and she won’t back down

01 November, 2021
Categories
check out latest instagram photos
There are More than 6 millionChildren in need of

All children have the right to live free from war

Children played at a makeshift camp for migrants a

"Imagination is the highest kite one can fly." ~ L

A Wakhi girl carrying yak dung for the cooking fir

Taiz, Yemen Children play in a camp for internall

‏Hasan selling Falafel in the street of Al Hol d

A bird can go everywhere Elsa, 5 ‘I dream of be

There are More than 6 millionChildren in need of