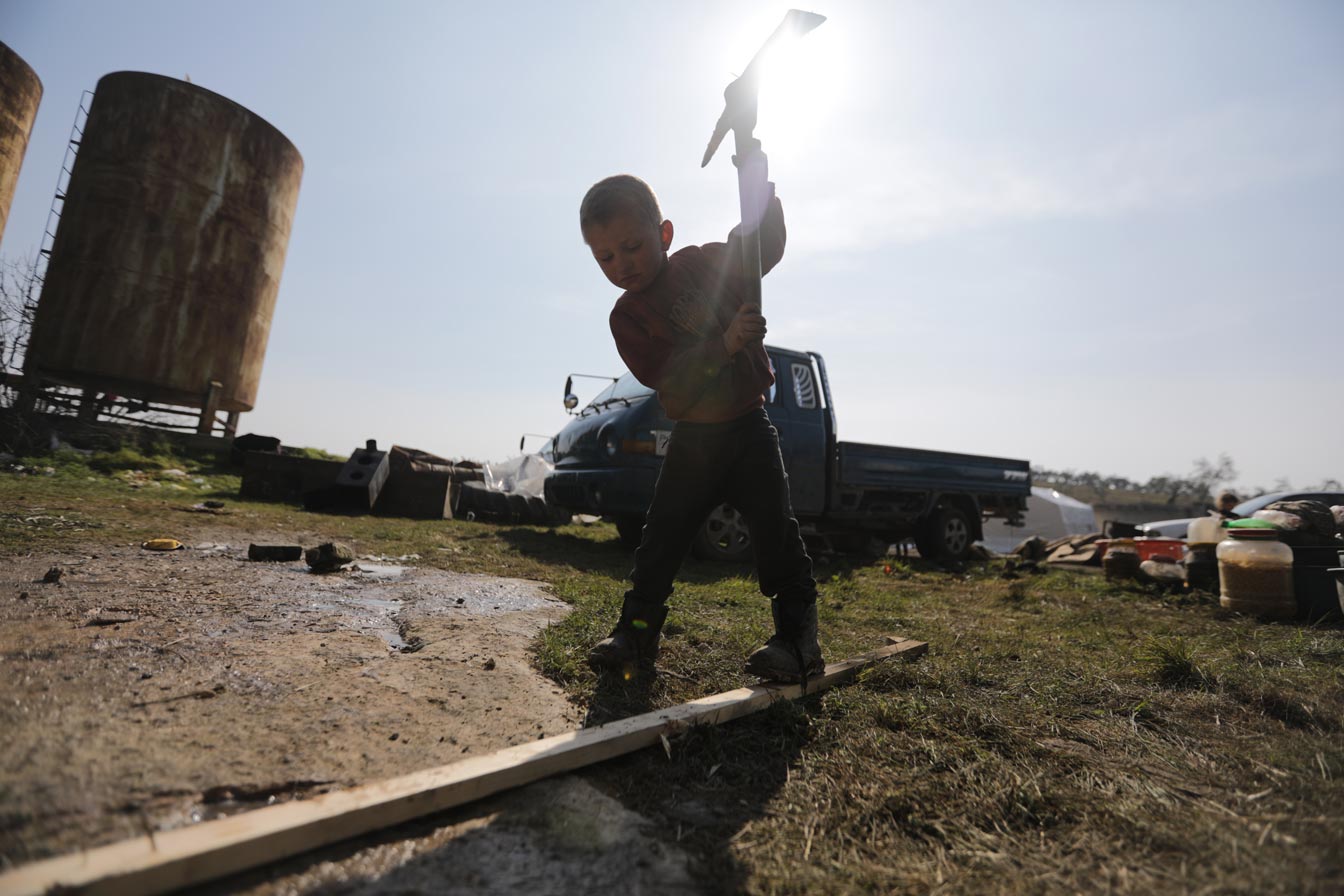 Ehsaan, a 16-year-old Pakistani, arrived in Athens in February with no place to stay. “I used to spend all night sitting on the bus while it drove around the city,” said Ehsaan, whose name has been changed to protect his identity, recalling his initial weeks in Greece. “When I called my family, I told them everything was fine, but in truth, I was too afraid to fall asleep at night.”

Only weeks after Ehsaan’s arrival, the coronavirus pandemic hit and bus services were restricted.

He began spending his nights outdoors in Victoria Square, less than a mile from two children’s shelters where he was wait-listed. Without any kind of home, Ehsaan was vulnerable to robbery, police harassment, and even detention if he was caught without his asylum application card.

As the coronavirus lockdown cut off refugees from the few resources they had in Greece, European governments committed to relocating 1,600 unaccompanied children from the Greek islands

. Little attention has been paid, however, to boys like Ehsaan who are on the Greek mainland. As the coronavirus lockdown hit an already struggling Greek economy, the scant youth spaces, food distribution sites, and hygiene facilities available to unaccompanied children on the mainland have scaled back.

Even prior to the pandemic, many unaccompanied children relied on the smugglers who brought them to Greece to connect them with undocumented labor opportunities and unregistered accommodations to stave off homelessness.

Coronavirus prevention measures have increased this dependence by reducing their access to shelters provided by nongovernmental organizations (NGOs) and child-protection programming.

That, in turn, has increased their exposure to exploitation at the hands of adult migrants and Greek locals offering to pay for undocumented labor or sexual activities.

Ehsaan is one of thousands of unaccompanied refugee children who entered Greece by crossing its land borders with Turkey or Bulgaria. Prior to the 2015-2016 surge in migration, these land borders had been the primary route through which refugees from Asia entered Greece. Since 2015, however, policymakers and humanitarian organizations have concentrated their attention on refugees who enter Greece by sea and then find themselves stranded on the Aegean islands.

Global awareness of children entering through the land borders has been relatively limited, creating disparities in access to services between unaccompanied children on the islands and those who cross by land. While children on the islands are taken to camps, registered with NGOs, and referred to children’s shelters, children crossing the land borders typically make their way to Athens without any documentation or humanitarian assistance.

They often remain connected with smuggling networks and are introduced to codependent informal economies, such as agricultural labor, construction, and illicit drug trades—ways to make money in spite of their undocumented status and Greece’s laws against child labor. Many children who cross the land borders work on farms before coming to Athens, while others leave Athens for undocumented labor opportunities.

In Athens, these children are often homeless or informally housed until they can be placed in a children’s shelter. As of February, Greece had shelter spaces for only 30 percent of its estimated 5,379 unaccompanied refugee children. As a result, wait times of six months or more were common.

The Network for Children’s Rights is a child-protection agency in Athens that refers unaccompanied children to shelters and provides case management services while they are wait-listed. The vast majority of unaccompanied children it works with are boys who crossed through Greece’s land borders. Because of the pandemic, it, like most Greek organizations, has dramatically scaled back its operations.

“All I could do for them is online referrals, nothing more,” said Rizwan Muhammad, a cultural mediator with the Network for Children’s Rights, referring to the drastic reduction of services during Greece’s lockdown in March and April. During that time, children’s shelters had stopped accepting new residents, forcing wait-listed children to remain on the streets even when there were beds available. “The ones who are homeless, they were completely on their own,” Muhammad said.

Since Greece’s lockdown officially ended May 4, child-protection services have resumed in accordance with ongoing social distancing measures. “We meet clients at the office, we escort them to medical appointments,” Muhammad said, “but we are not holding any workshops for the children.” Youth centers that offered safe spaces for dozens of homeless children are now offering only essential services like showers and laundry for four to five boys per day.

To contain the spread of the coronavirus, most organizations are limiting the number of people who can be in the office at one time. Unaccompanied children who are not established clients are typically barred from entering offices and told to contact staff members online. This poses additional barriers for children who do not have access to phones or computers.

The most immediate need for Greece’s estimated 3,800 permanently or occasionally homeless children is food. Youth centers that typically provided homeless unaccompanied children with meals have shut down. Cafes have closed their doors, making it virtually impossible to buy a snack or a meal even if children can get spare change.

“They called us to ask for simple, basic things. Food and water,” said Tassos Smetopoulos, founder of STEPS, an organization supporting the homeless in Athens. “Everything was shut down, and these people have no chance to earn any money.”

Without institutional support, many unaccompanied children have little choice but to turn to black-market jobs and housing to survive. Children who are dependent on farm work for survival have been rendered especially vulnerable by COVID-19, as the pandemic brought much of the country’s agricultural industry to a halt.

With little available work, unaccompanied children on the farms have had to take out loans from their subcontractors to continue living in their overcrowded rural accommodations and buy food. By the time the pandemic ends, many of these children will be indebted to their subcontractors and may not be able to leave the farms even if they are accepted by a children’s shelter.

Without increased humanitarian support from Greek and European authorities, unaccompanied children on the mainland remain forced to turn to traffickers and labor brokers to try to survive in Greece or to migrate on to other European countries. As long as child-protection programs are insufficient to meet unaccompanied children’s needs, black-market economies will outcompete them, offering children accommodations and wages in return for risky work. This will not only put children at increased risk for sexual and labor exploitation but will draw cash out of local Greek economies and bolster illegal activities and organized crime.

Dr. Rana Dajani had recently returned to her home country of Jordan in 2006 after five years abroad, when she was struck by an observation that sparked her irrepressible curiosity: why did so few Jordanian children read for pleasure?…

The first shell landed close to him. Layth closed his eyes so he would not see the death scenes around him. …