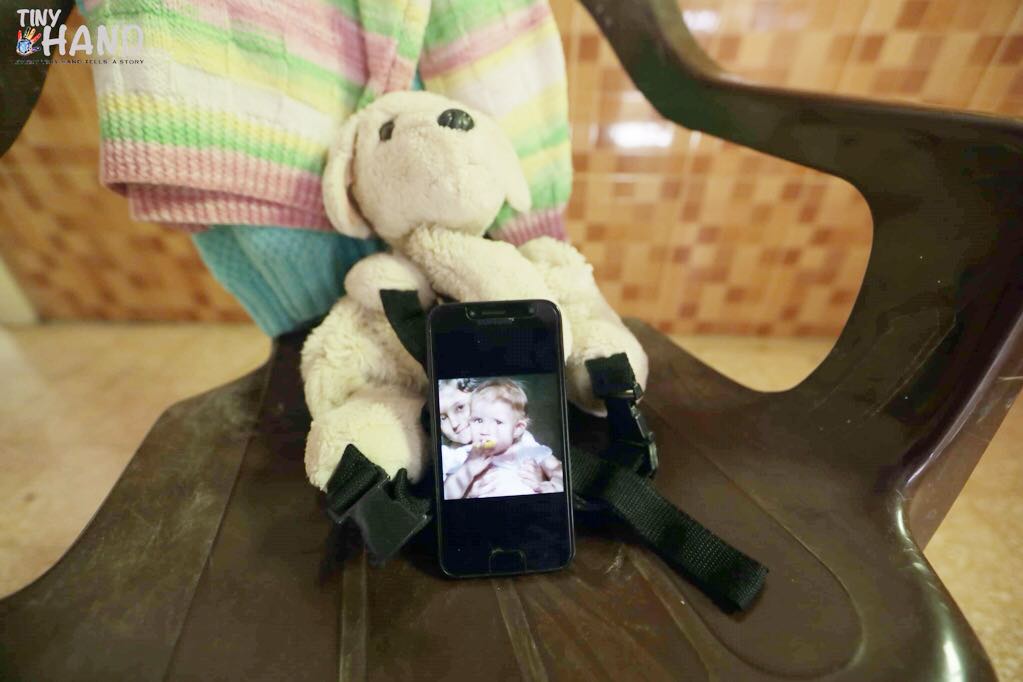 The scent is much stronger than you think. It cannot be ignored when it comes to our emotional memories. The scent of the small toy which Fatima, the mother, was holding in her arms turned her upside down. Even words and utterances have become too hard for her to articulate, for they are laden with agony. The torn toy that she was carefully holding took us five years back in time.

“August 14, 2016 is the date when Renal, my daughter, passed away. It has always been the worst day in my life,” said Fatima , “I am sure nothing can be compared to this pain.” This was what the bereaved mother told us in her house in Idlib, Syria, into which she had been displaced.

It was not peculiar that Renal’s favorite toy was a dog, for she adored pets. In fact, she was taking care of the chicks in her family’s farm only a few hours before she was killed. She would feed each one with her hands. “I will never forget that scene with all its details. It is as if she is now in front of me with the chicks.” While this mother was trying to suppress her pains and recall the details of that day, she decided to pack her child’s toy so as not to lose that scent.

The girl was 8 years old when she was killed by the shrapnel of a missile that fell beside her house. Its fragments struck her family’s bodies. But the worst scar was that which Renal’s death left in her father’s heart. “She was very much attached to her father. He was so shocked by her death that he kept silent.”

“No matter how many days or years elapse, it is impossible to forget her,” says Fatima while gazing at her daughter’s photo in the cell phone. She was murmuring words inaudible to us. Yet, this was not important. It was enough that her daughter was listening to her!

A recent study conducted by the Rockefeller University in New York found that we remember 35% of whatever we smell, compared to 5% of what we see and 2% of what we hear. The scientists working in that university inhabit the other side of the globe,

yet, the theory of the smell and its extraordinary power in rummaging painful memories has been proved by Syrian bereaved mothers who had lost their children because of the ten-year-old war. They had stored their memories in shreds of cloth or remains of clothes confirming the validity of that theory; that is, odors do trigger painful memories.

Huda, a displaced grandmother who came from Aleppo, had her agonies hidden in such odors. Her painful memories were more colossal than those of the other mothers we met. In such memories, she has pictures of eight family members, namely her children and grandchildren, the youngest of whom was no older than one month!
When we asked her when it had happened, she hesitated then answered, “It happened 4 years ago,” stating that she had stopped counting the days.

However, in Holidays, one’s memory is afflicted by the reminiscence of our beloved ones who were gone, especially with the last moments before their death. She was with them when the bombing took place. She heard them cry out with fear and agony.

Huda said, “It was six o’clock in the morning when I kissed and covered them. An hour later, the bombing started. My daughter yelled, ‘My children were killed!’ and I yelled with her, ‘My children and grandchildren were killed!’ I try not to recall those hard moments.” Though grandmother Huda tries not to recall what she lost, she sees her grandchildren in all the children’s faces. She sees in every pregnant woman her own pregnant daughter who was killed in the bombing together with her unborn child.
According to the United Nations Children’s Emergency Fund (UNICEF), about 12,000 children were killed during the clashes in Syria. These are included in the 387,118 children recorded by the Syrian Observatory for Human Rights (SOHR) until December 2020.