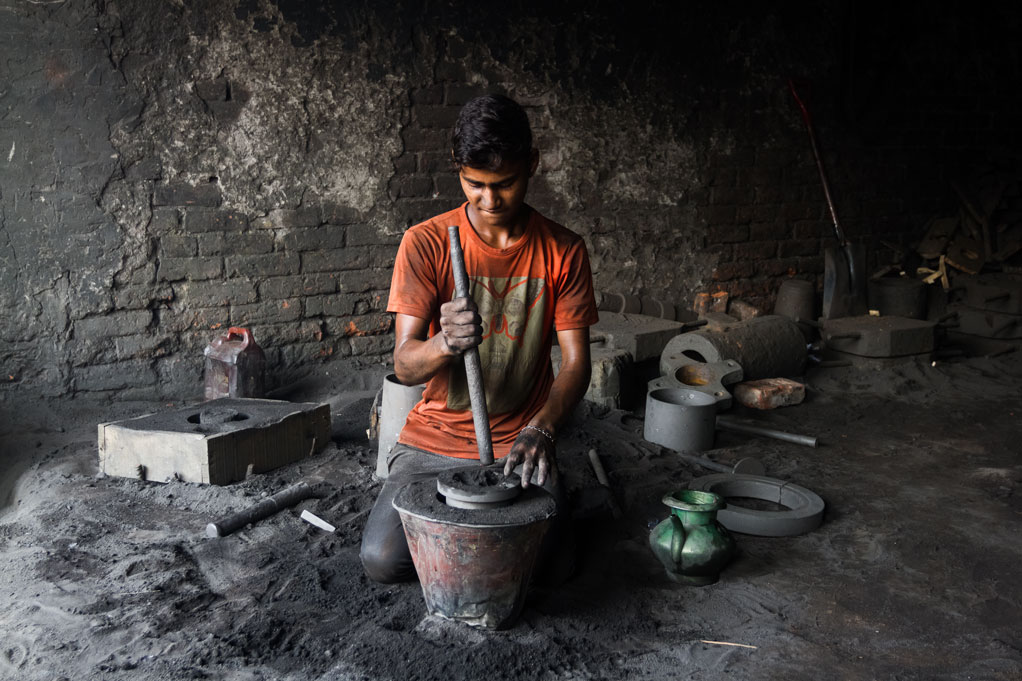 Standing on his rooftop, Massoud pulled the string hard, letting his kite soar high above the colourfully-painted houses of his Kabul neighbourhood.

Just like the 12-year-old, many children have taken to the roofs as Afghanistan’s capital went quiet, catching the first warm rays of the spring sun or chasing each other’s kites.

But unlike many other children, this leisure time is unusual for Massoud who, until the coronavirus outbreak, spent his afternoon working on the streets of Kabul to earn money for his family.

“My school is closed now and I can’t work,” he said to Reuters, while focusing on his kite. “I’m just home with my family now.”

Massoud is one of an estimated 60,000 children working on Kabul’s streets, according to the United Nations children’s agency UNICEF.

He has had various jobs over the years, from helping to sell vegetables, to filling motorbikes with petrol, to selling plastic bags.

At least a quarter of Afghan children between the ages of five and 14 work to support themselves or their families, according to a 2016 Human Rights Watch report, and only about half of them attend school.

But with the coronavirus outbreak, children and their families are confined to their homes, raising concerns in families about to make up for this drop in earnings.

In a different part of town, Adbul Sabur, a 43-year-old casual labourer and father of five, said he was no longer letting his children go outside their small house in central Kabul, but said it was hard for him to follow the same rules.

The city of six million people was put on lockdown on March 28 to curb the spread of coronavirus, with offices, public transportation, and most businesses closed.

Many people initially defied the movement restrictions, showing up to work and trying to keep markets open, but the police have since cracked down, setting up checkpoints in the city, detaining violators, and ordering people to go home.

Sabur, with a monthly income of around 10,000 Afghani ($130), worried it would be hard to make it through the lockdown as his three sons have always helped substitute his income.

“No work means no money. We’re already eating less and are trying to save where we can,” he said.

His children were not engaged in hard labour, he added.

“My sons sell plastic bags on the streets, making about 80 Afghani ($1) a day,” he said, adding that his two daughters stayed at home but all his children attended school.

Sabur, said his family was “trying to find joy in life, even in isolation and hardship”.

About 380 infections have been confirmed in Afghanistan and seven deaths, including one doctor treating COVID-19 patients.

Over the past few weeks, hundreds of thousands of migrant labourers have returned from neighbouring Iran, pushing up the numbers of infections in Afghanistan.

Yet with limited testing available and many not seeking immediate medical care when sick, actual figures are estimated to be much higher.

DANGERS ON THE STREETS

Before the pandemic, the Ministry of Public Health had allocated an annual $5 per citizen for healthcare in the 35-million strong country and is now scrambling for further funds.

In Afghanistan, a country that has faced four decades of war and continues to see fighting on a daily basis, the lockdown has many people swinging between fears of catching coronavirus and fears of going hungry due to soaring unemployment.

Child workers are a key source of income for many families and can legally work up to 35 hours a week from the age of 14.

However aid and human rights groups say child labour laws are routinely flouted. Many face harassment and abuse at work.

“There are many dangers on the streets,” said Sonia Nezami, education director at Action for Development, an Afghan aid organisation getting child labourers off the streets and into schools.

“Children are sometimes mistreated and yelled at. They are considered cheap labour and might work hard but earn little.”

As the lockdown spread across Afghanistan, many families were left concerned about not having an income.

Sabur said he was worried about the loss of money but was lucky to have a house, a mud brick structure plastered with white paint, which he was confident would make it through the pandemic.

“These days, my children climb up the roof to play, or we gather for picnics in the garden,” he said.

What does it mean to live 360 days in a place having neither schools nor markets — literally nothing except dust, dirt, and of course, tents?…

Children in Syria buy used toys, not to play with, but to sell
…