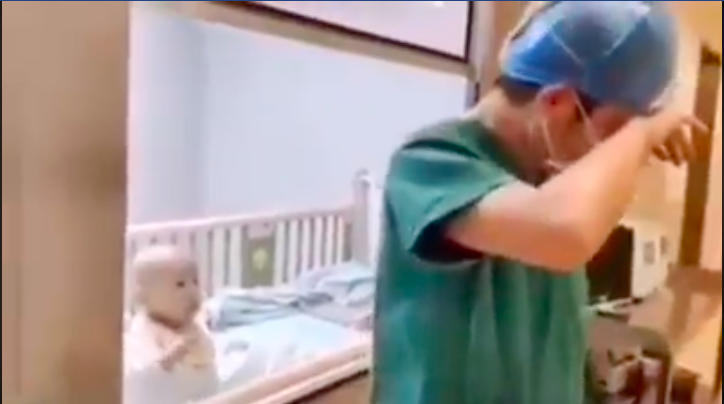 The Chinese Ministry of Health announced that Chinese child  who was less than 9 months old  is recovering and is preparing to leave the hospital.

Earlier a video of the child appeared online, showing the father trying to interact with his infected son, the youngest person infected with the Coronavirus in the world.

The child in a glass cubicle was trying to seek his dad’s attention in an emotional video.

The World Health Organization (WHO) has warned the number of cases is likely to rise further, and Chinese authorities have introduced a number of measures to try to halt the virus’s spread.