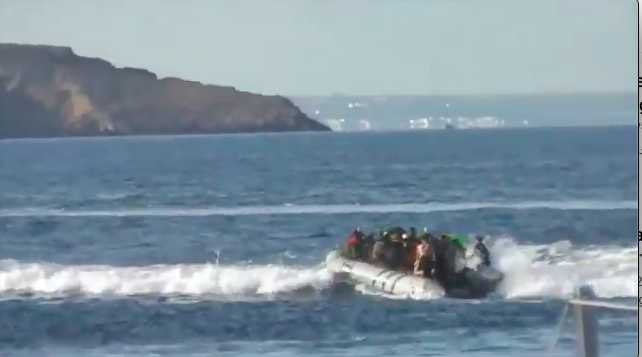 The first victim of the worsening crisis that has engulfed Greece since Turkey’s abrupt decision to open its borders to thousands of refugees desperate to reach Europe has been confirmed with the death of a child in waters off Lesbos.
As Turkish leader, Recep Tayyip Erdoğan, warned that millions of people would soon be heading westwards, Greek authorities announced that a four-year-old Syrian boy had died when a dingy carrying 48 men, women and children capsized off the island.

Video emerged on Monday of Greek coastguard officers apparently trying to capsize a boat full of refugees at sea, as a crisis mounted over migrants from the Middle East attempting to reach western Europe.

In response to the incident, Turkey allowed thousands of migrants penned up in the country to head towards its EU land and sea borders with Greece and Bulgaria.

Turkey says it has allowed more than 117,000 migrants to cross into Europe, but Greeks say no more than 1,000 have made it across.

The migrants were later rescued by the Turkish coastguard, said the official, and it was not clear if the video showed the incident described by the Greeks.