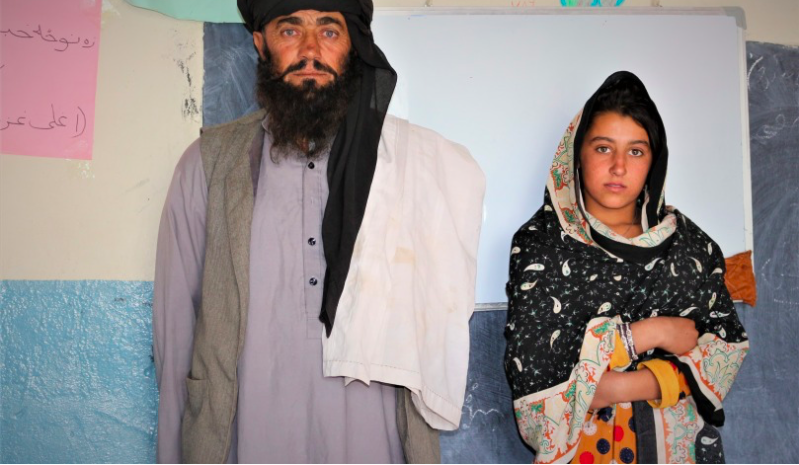 villager who walked his daughters 12 kilometres to the nearest schoolhouse to support their education, the Afghan government said on Thursday.

Mia Khan, a 63-year-old resident of Sharana in Paktika province, went viral on social media for taking his daughters to the only girls’ school in the area in the hopes they would one day become doctors.

The ministry of education said in a statement on Thursday that the school would be built in Khan’s village, calling him “the hero of education” for devoting himself to his daughters’ schooling.

On Wednesday, Mirwais Balkhi invited Khan to his office and described the man’s efforts as an inspiration for overcoming obstacles in the education of girls in Afghanistan, especially those living in remote areas.

Khan, who suffers from heart disease, said he and his daughters travelled most often by foot to the school, though they occasionally used a motorbike.

He used to wait outside the school during their lessons before walking his children back home, he said.

. According to the United Nations, an estimated 3.7 million children are out of school in Afghanistan – 60 per cent of them girls.

An average of five children have been killed or wounded every day for the past 14 years in war-torn Afghanistan, a charity has found….