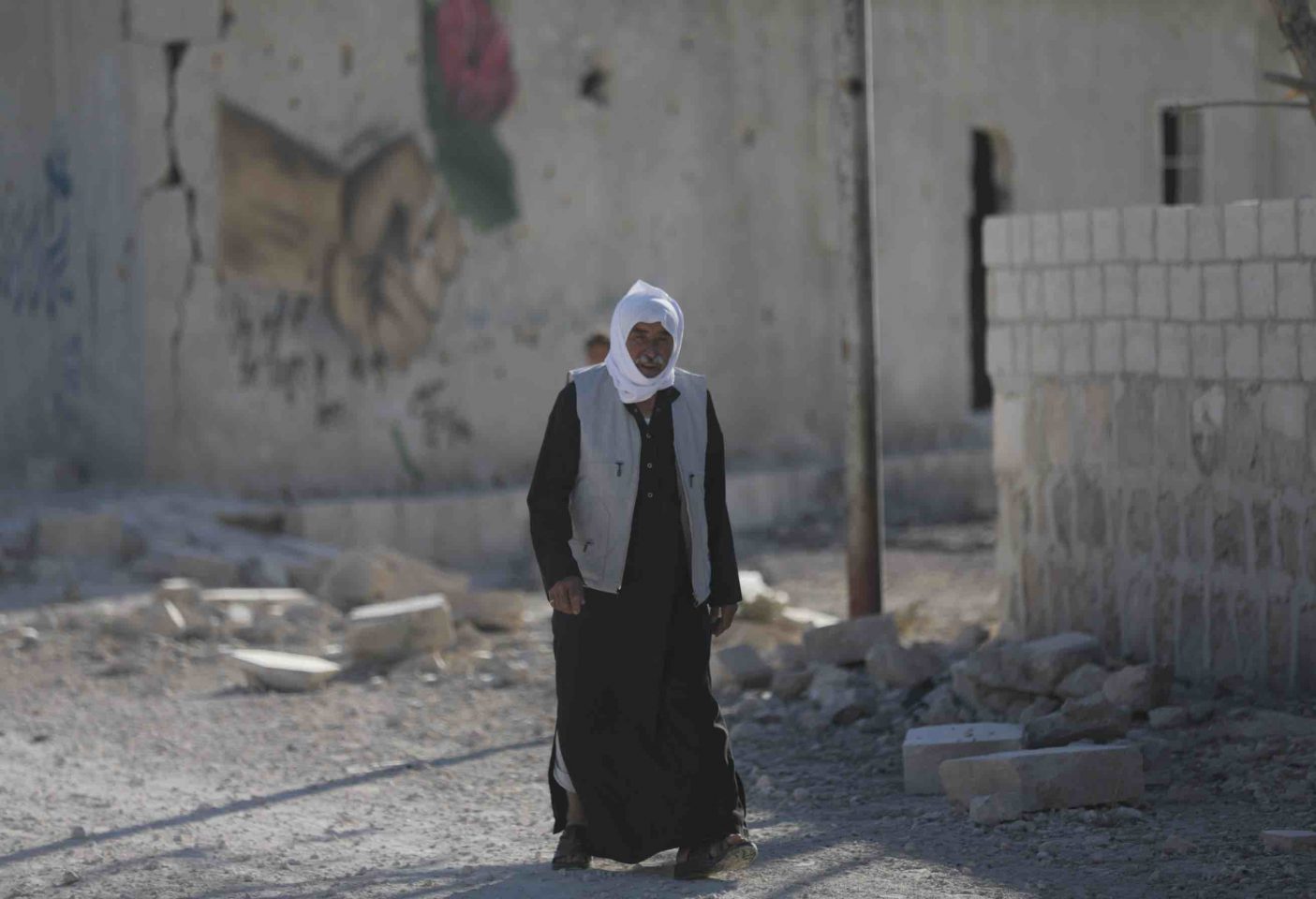 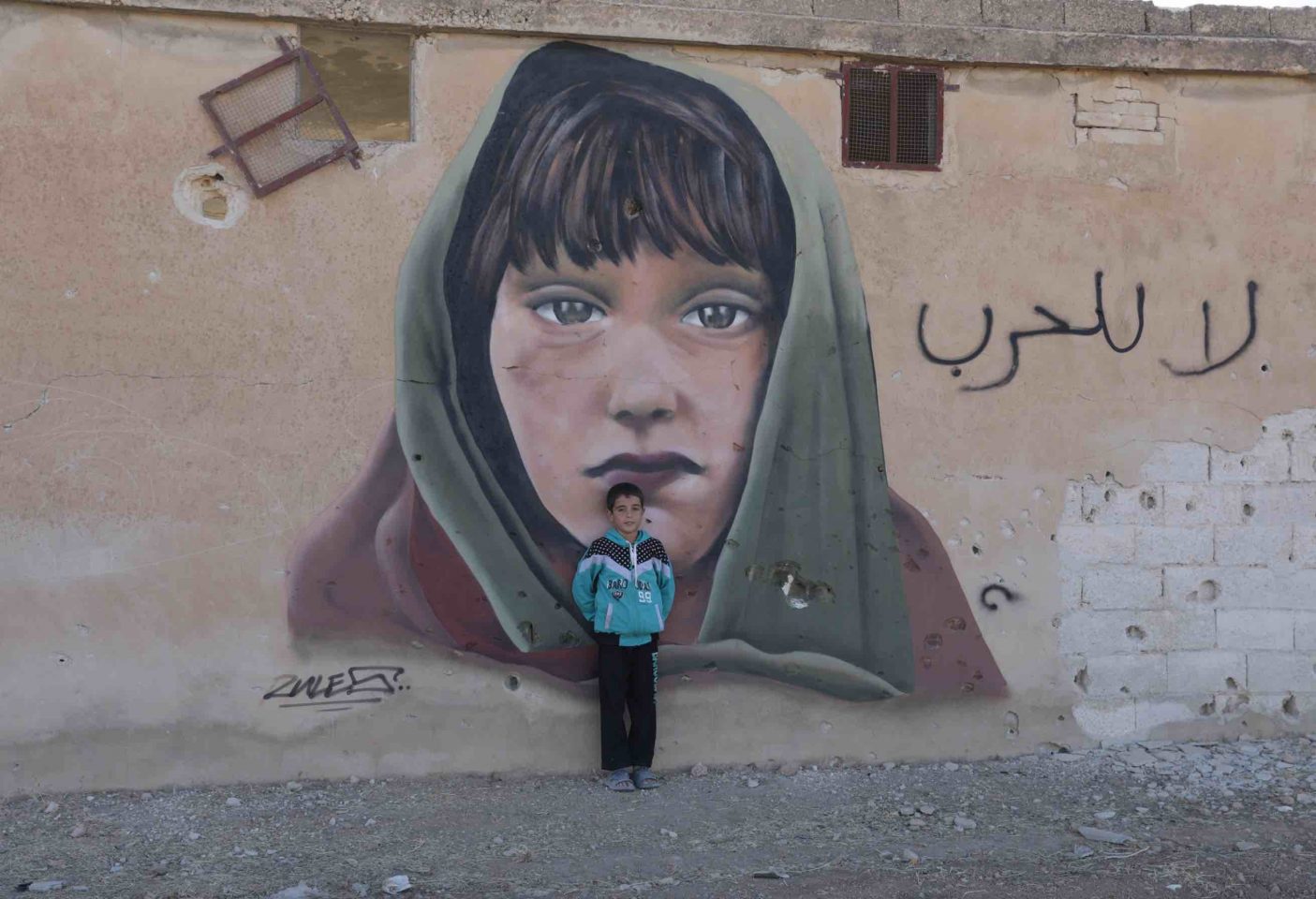 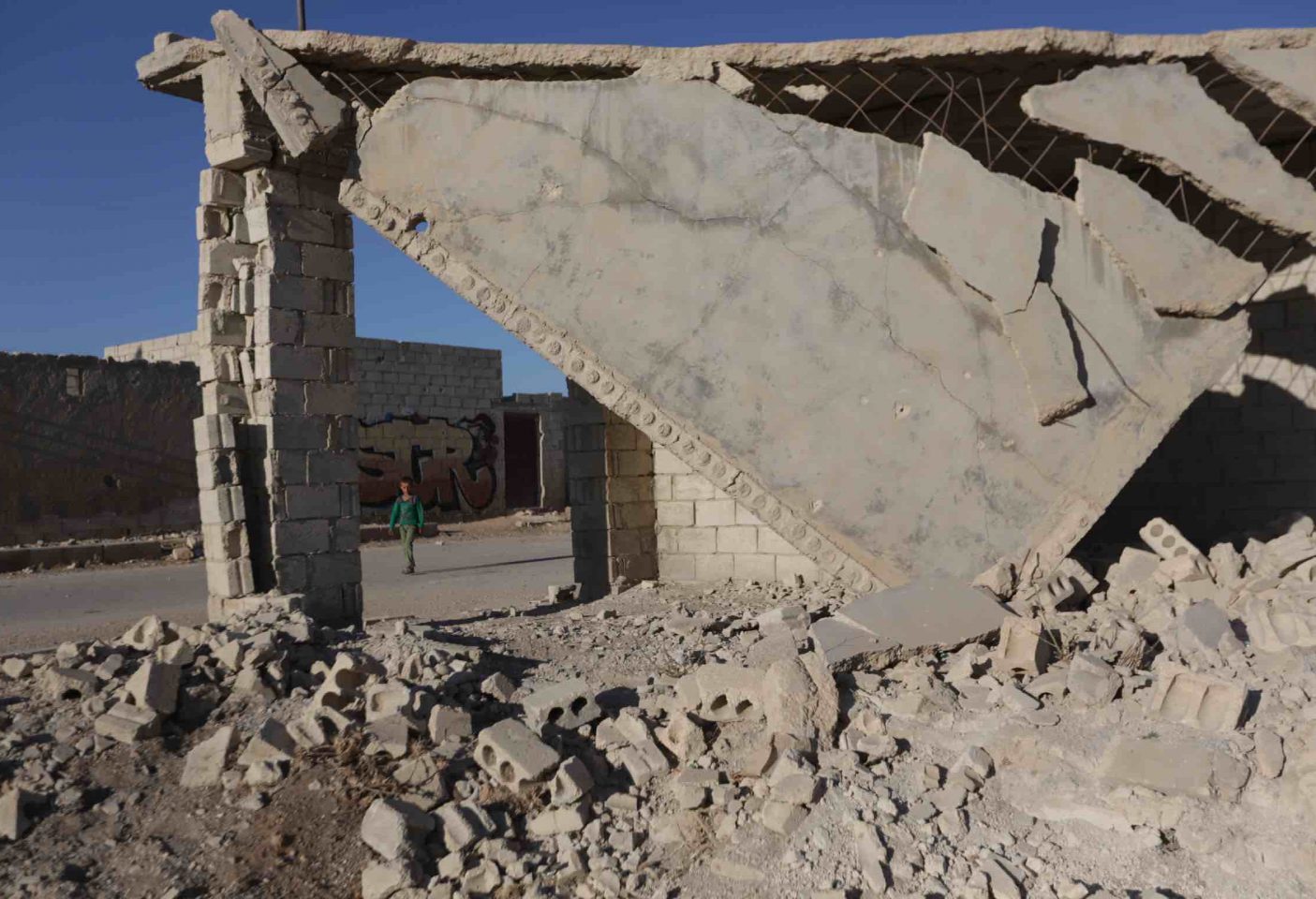 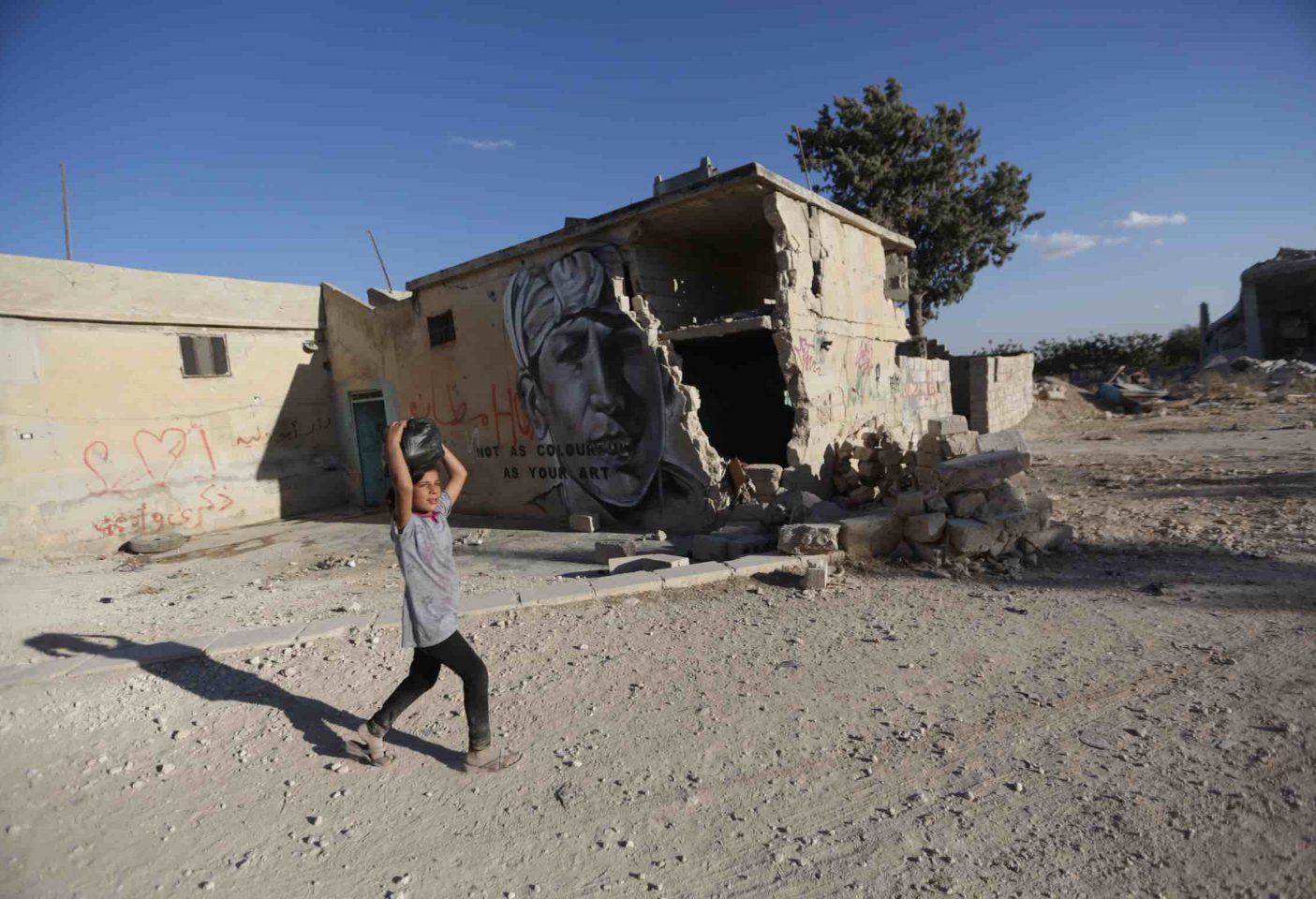 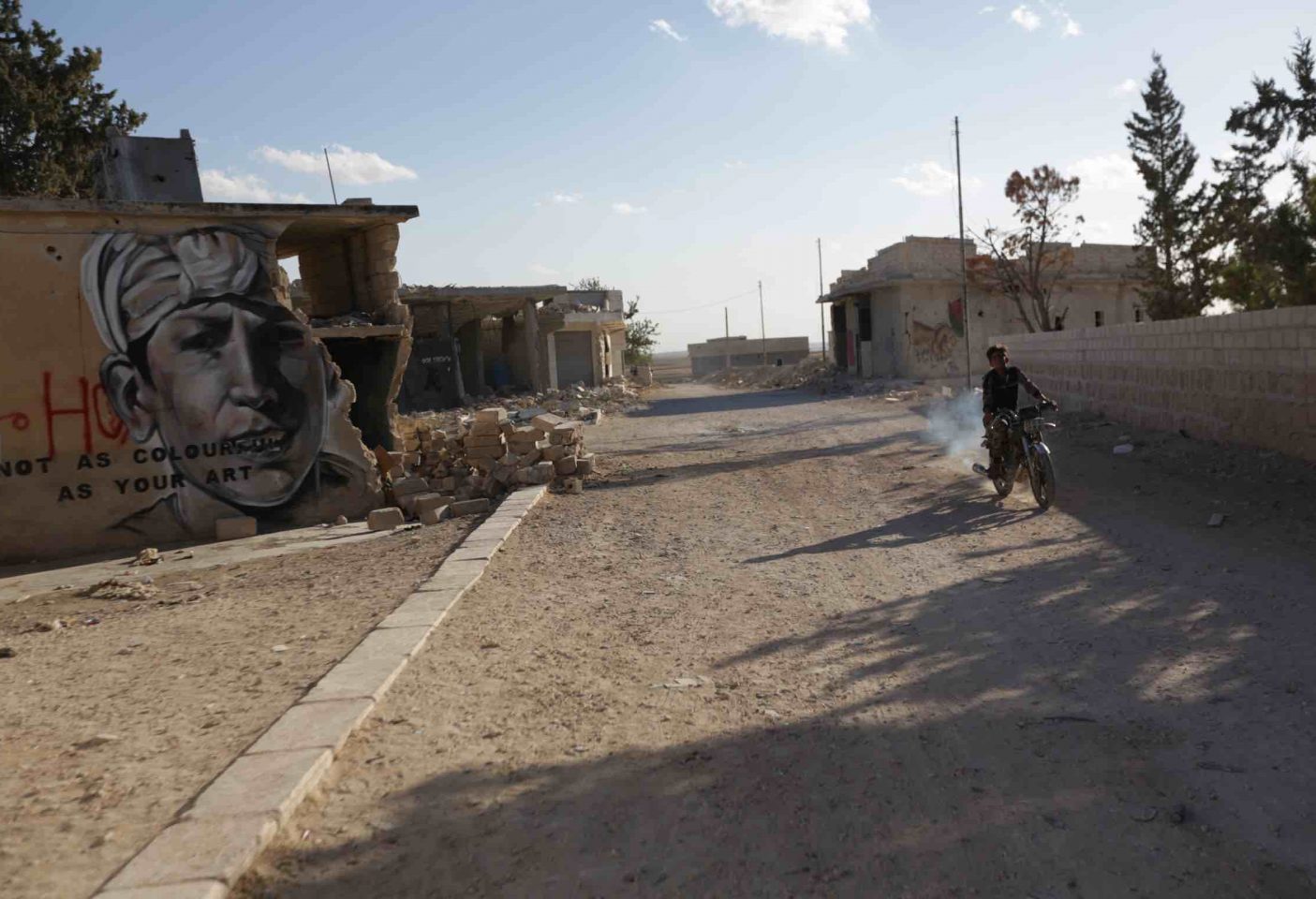 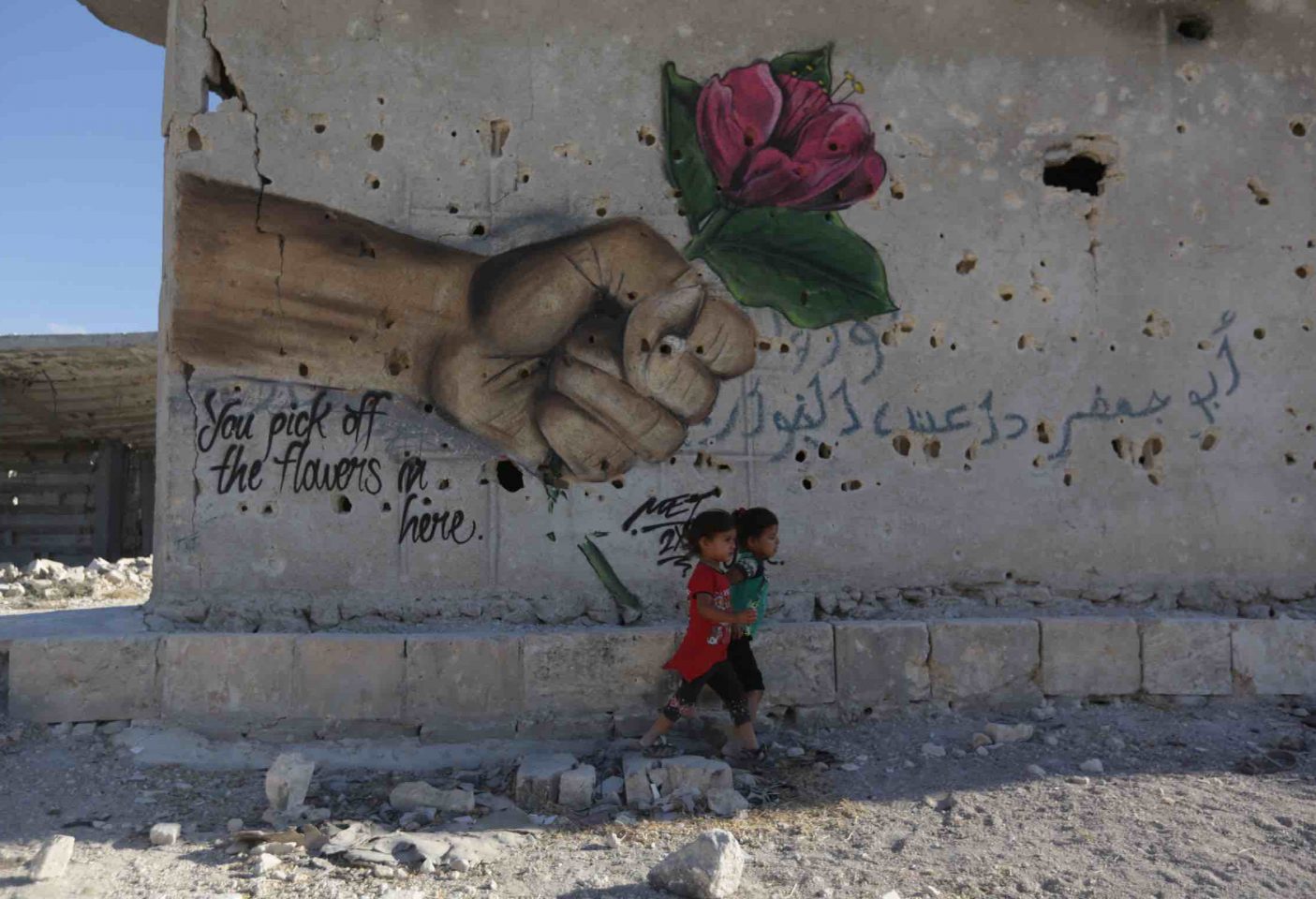 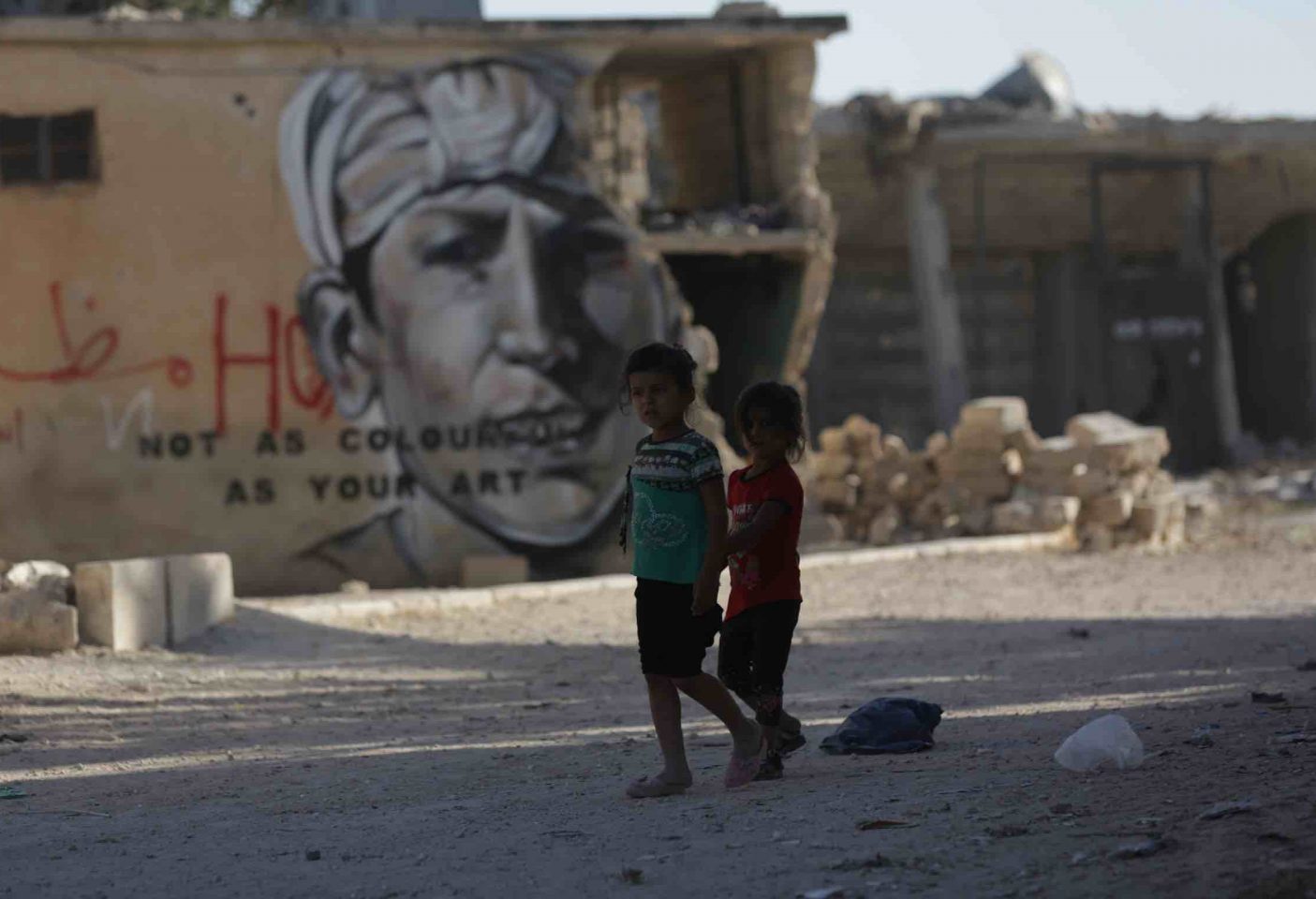 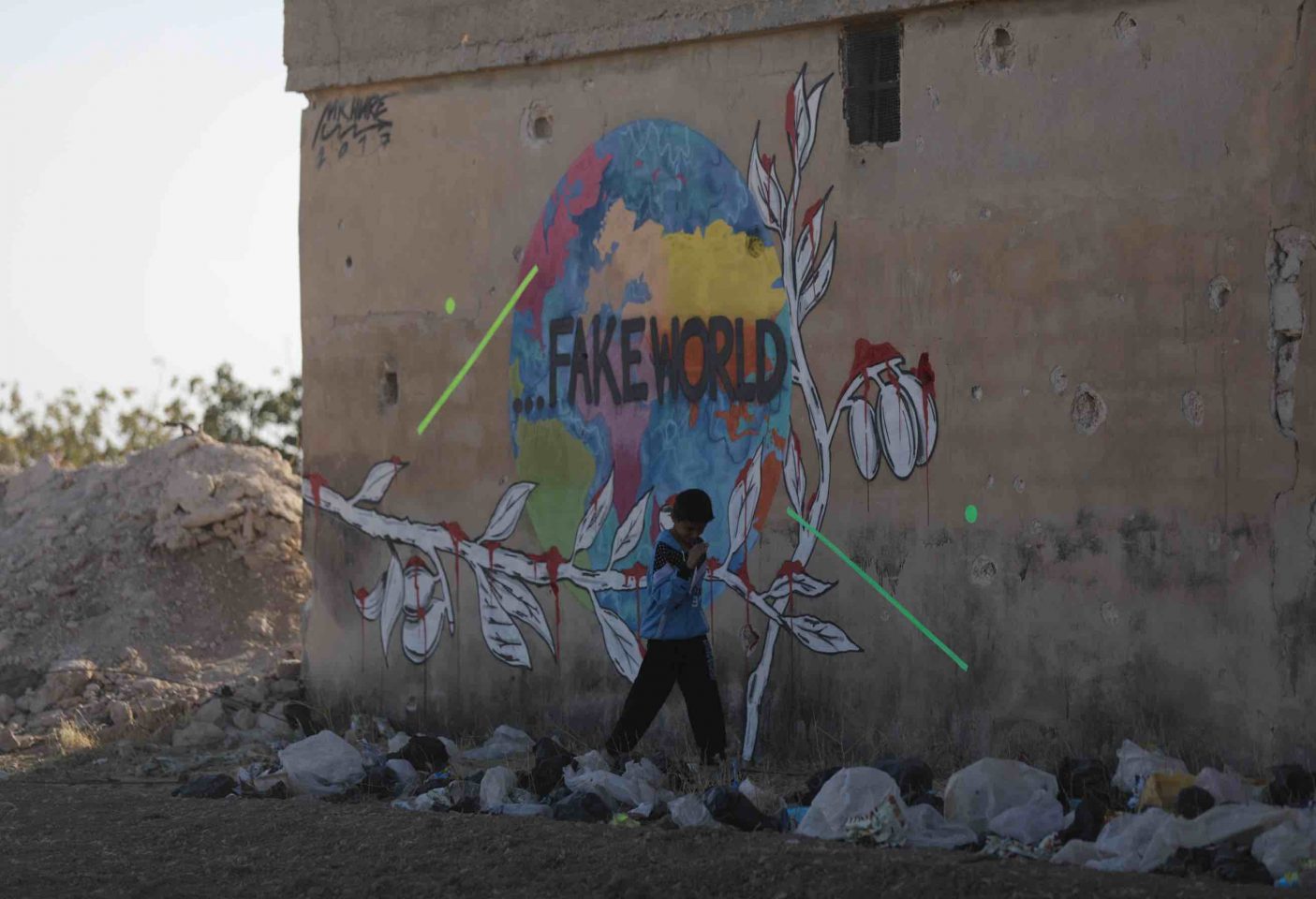 These photos were taken in the village of Preghita, in northern rural Aleppo, to which massive destruction was caused by the ongoing battles between the Syrian regime and the armed opposition factions.

The village is almost abandoned because of the mines planted underneath.

Walls in the village are covered with graffiti drawn by a group of Turkish artists who once entered the village and drew them as a message to the world demonstrating the destruction caused to the place and the evacuation of a huge number of displaced Syrians who had to evacuate out of fear of the mines planted in every corner.