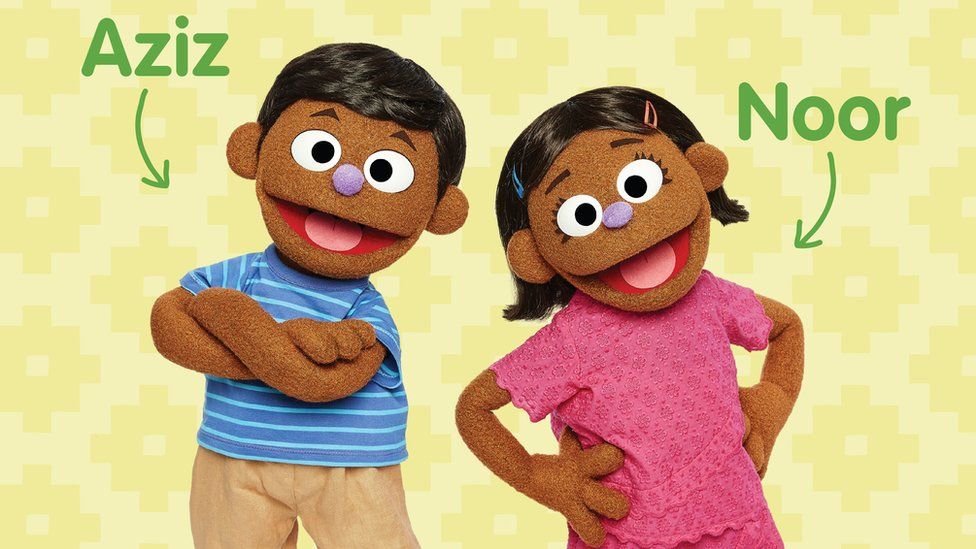 Noor and Aziz are six-year-old twins who will feature in a series of educational videos for children living in Bangladesh’s Cox’s Bazar.

Since 2017, more than 700,000 Rohingya Muslims have fled a brutal army crackdown in neighbouring Myanmar.

Half of those in the camp are children.

Aid agencies have warned of an increase in child marriage and trafficking in the refugee camp since the pandemic forced important services to be scaled back.

Noor and Aziz, along with more familiar Sesame Street characters such as Elmo, will feature in a series of educational videos that will cover subjects such as maths and science as well as issues around social and emotional wellbeing.

“These are two very special Sesame Muppets – for most Rohingya children, Noor and Aziz will be the very first characters in media who look and sound like them,” explained Sherrie Westin of the show’s non-profit arm, Sesame Workshop.

“Rooted in the rich Rohingya culture and informed by extensive research and input from Rohingya families, Noor and Aziz will bring the transformative power of playful learning to families at a time when it’s needed more than ever before.”

The Rohingya, a mostly Muslim minority group, have been described as one the world’s most persecuted communities.

In January 2020, the UN’s top court ordered Myanmar to take measures to protect members of its Rohingya community from genocide.

The Rohingya-language Sesame Street videos have been devised as part of a Play to Learn programme set up by a series of international organisations, including the Bangladesh-based BRAC Institute of Educational Development and the Lego Foundation.