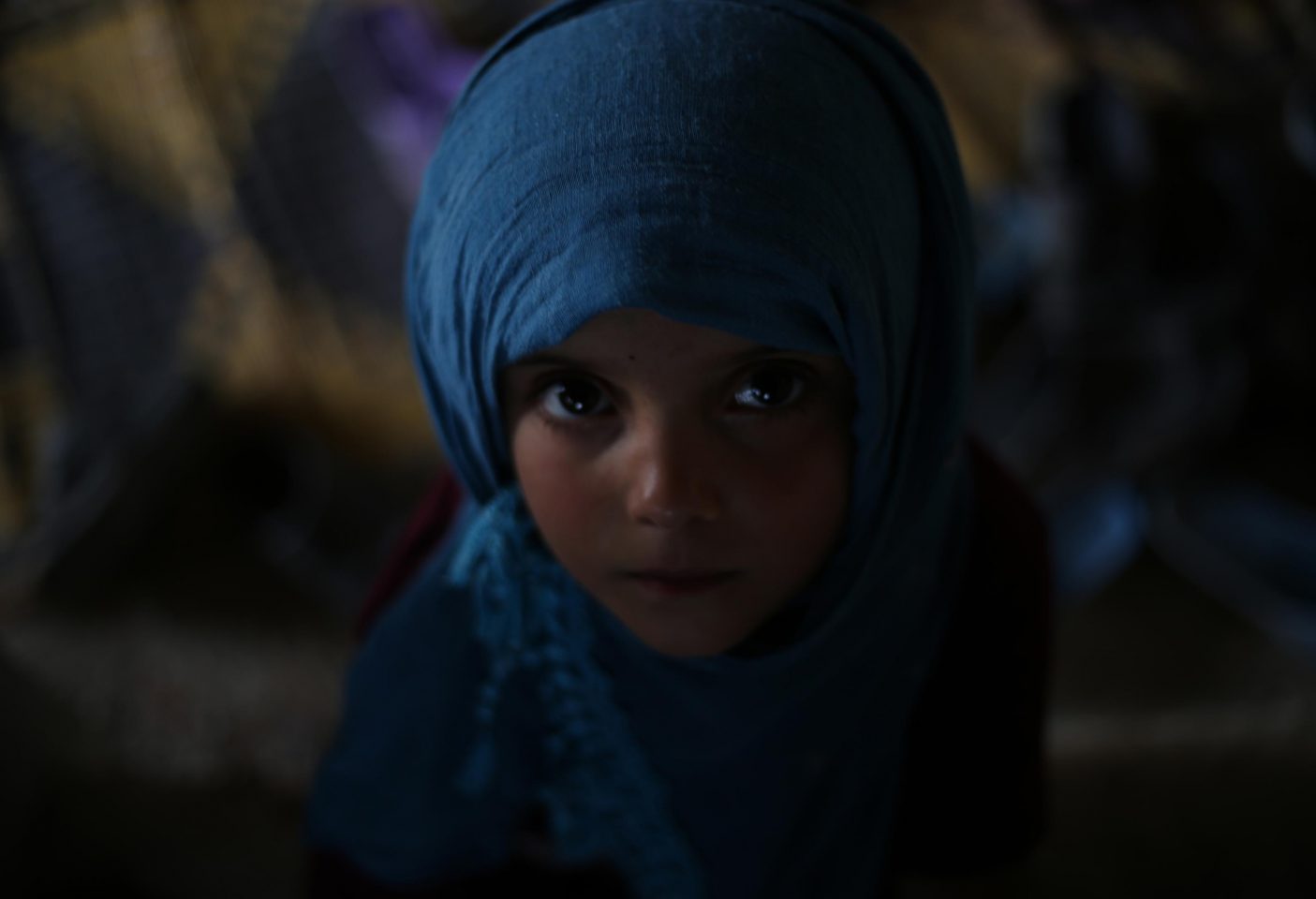 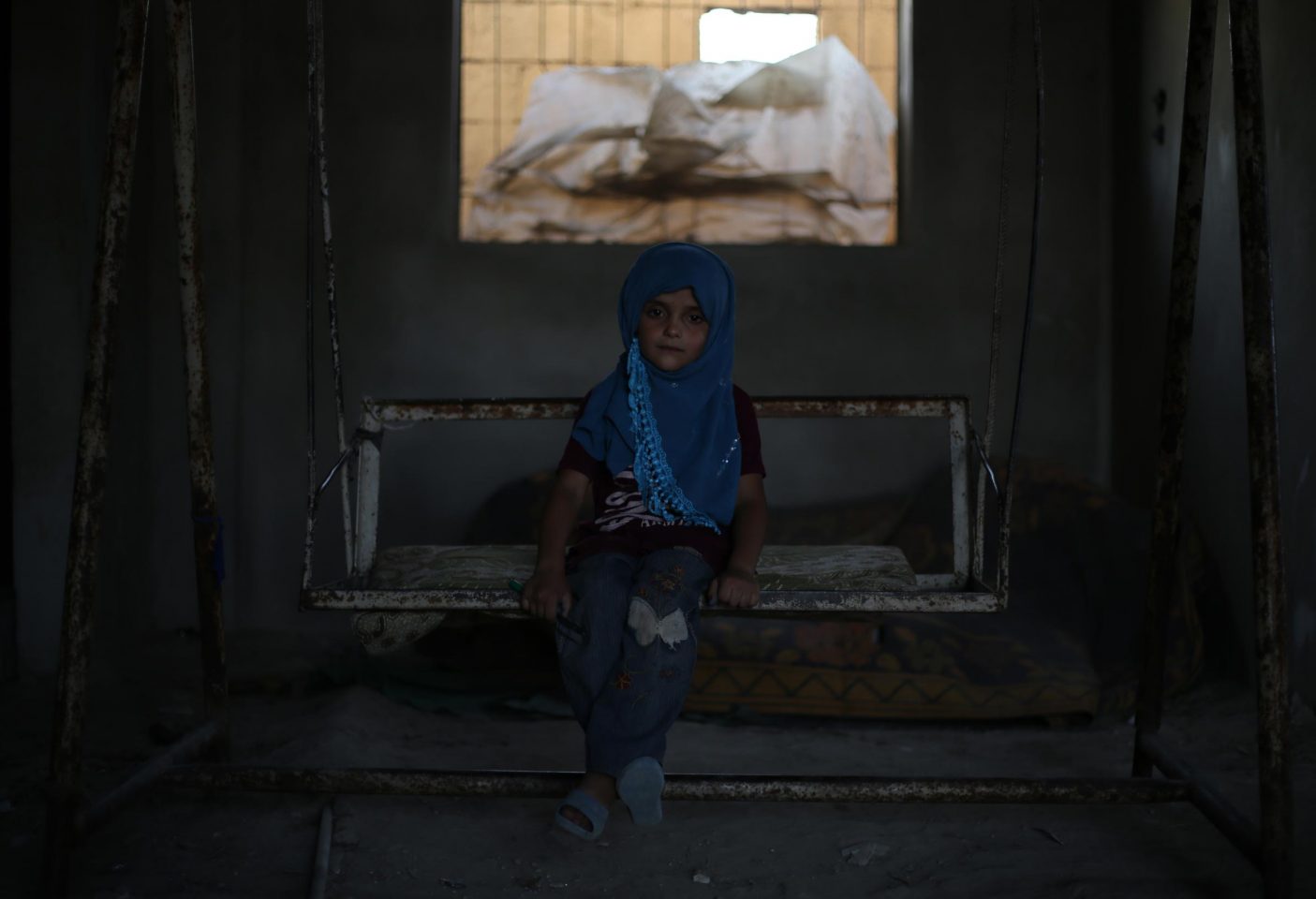 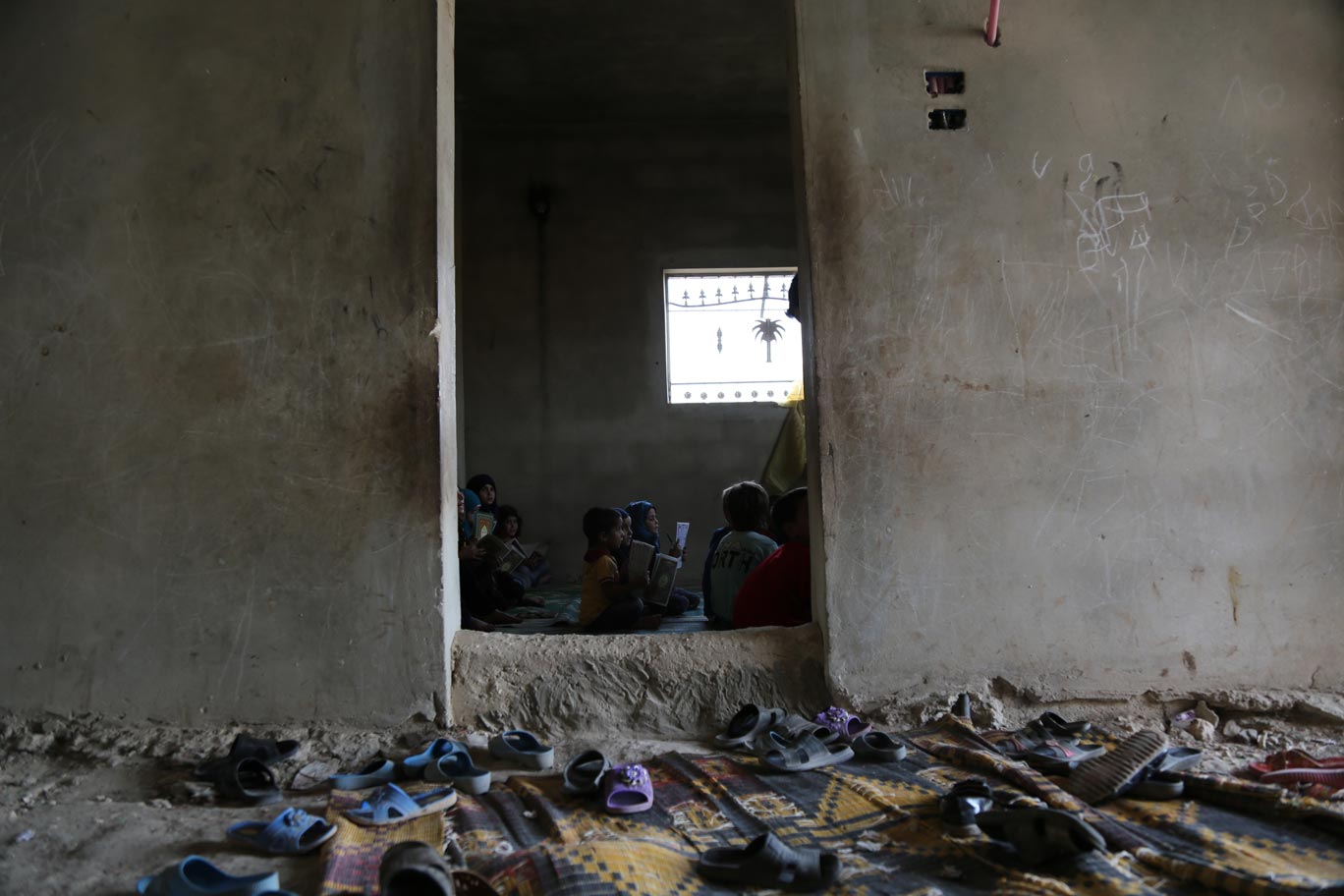 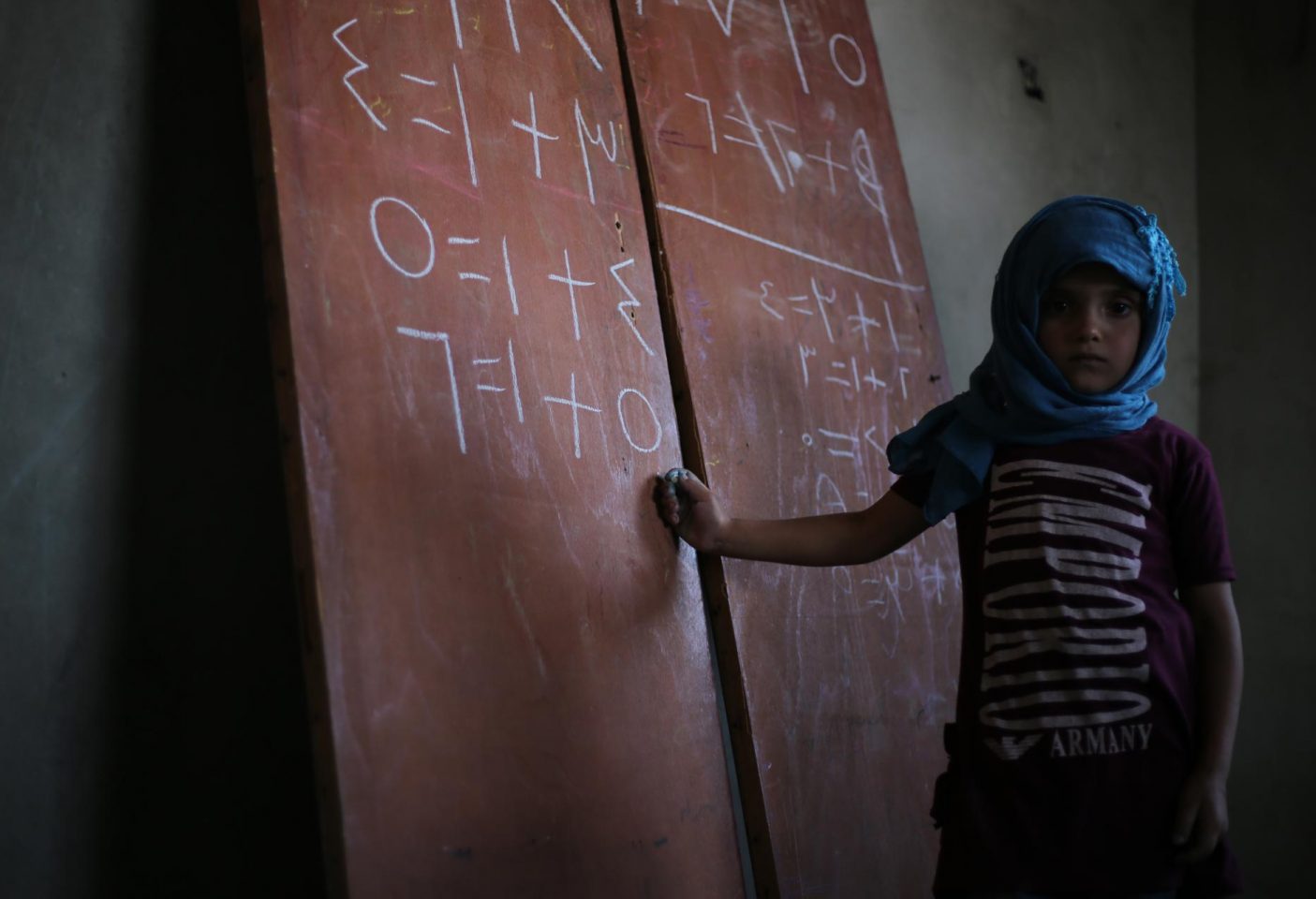 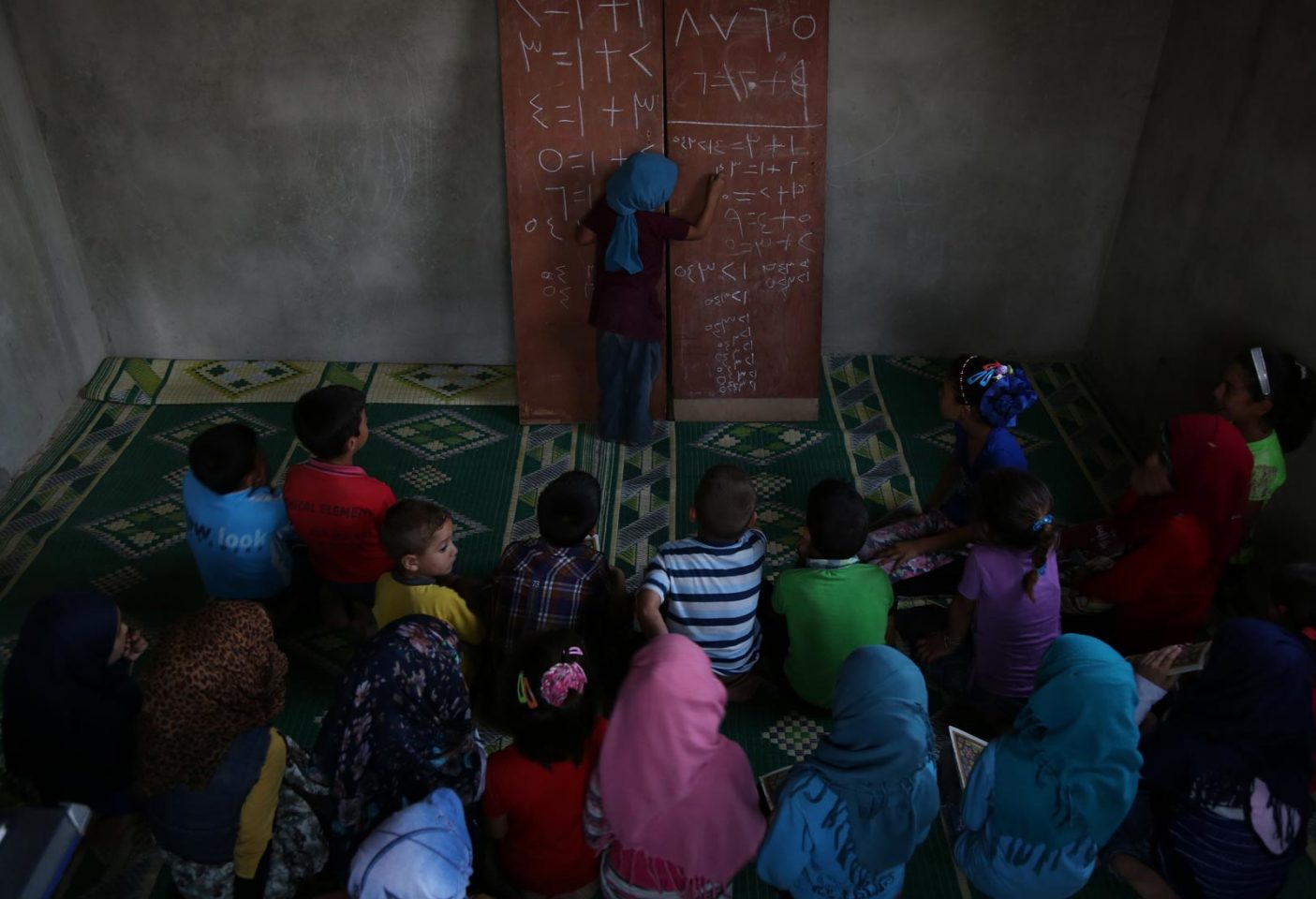 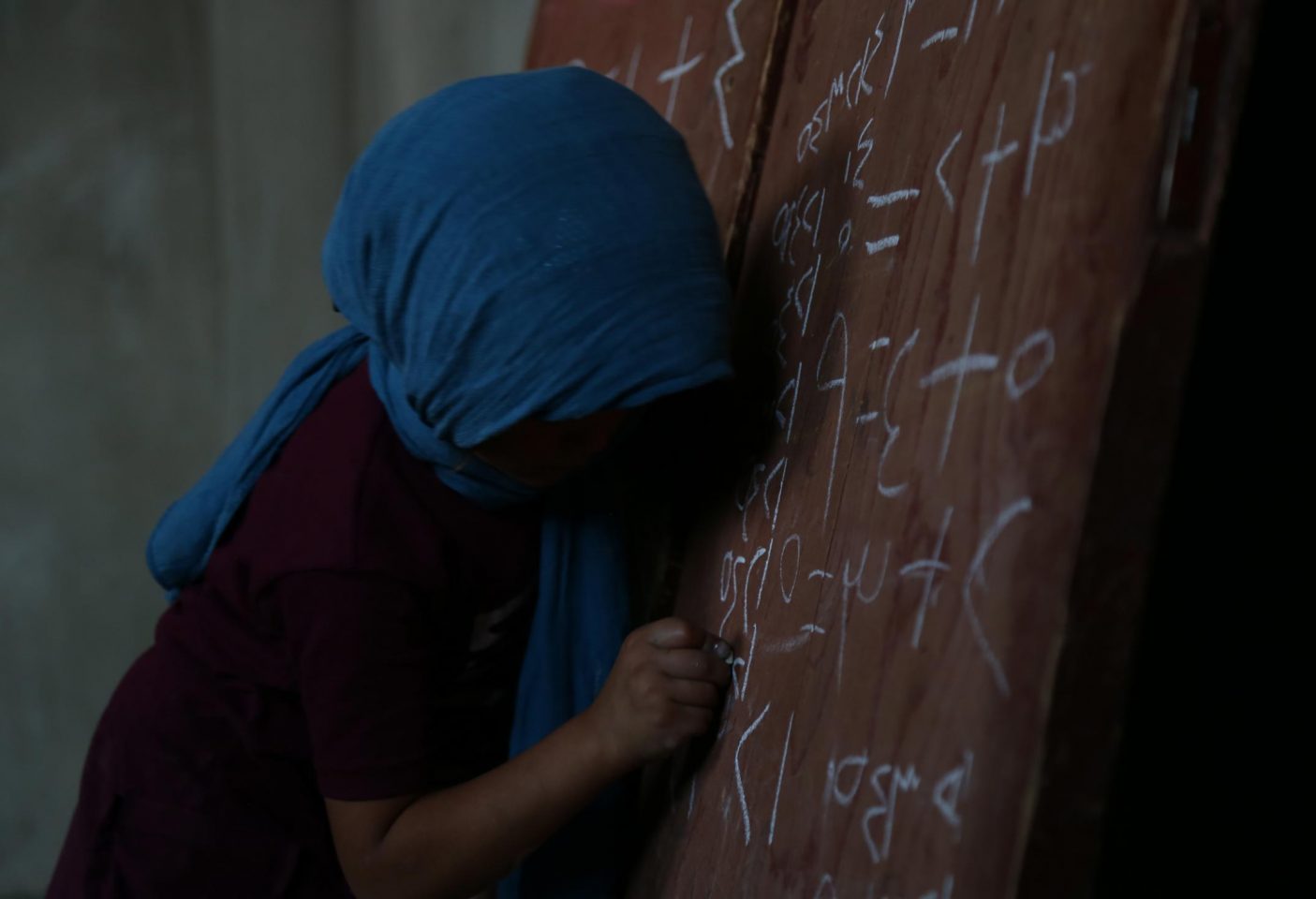 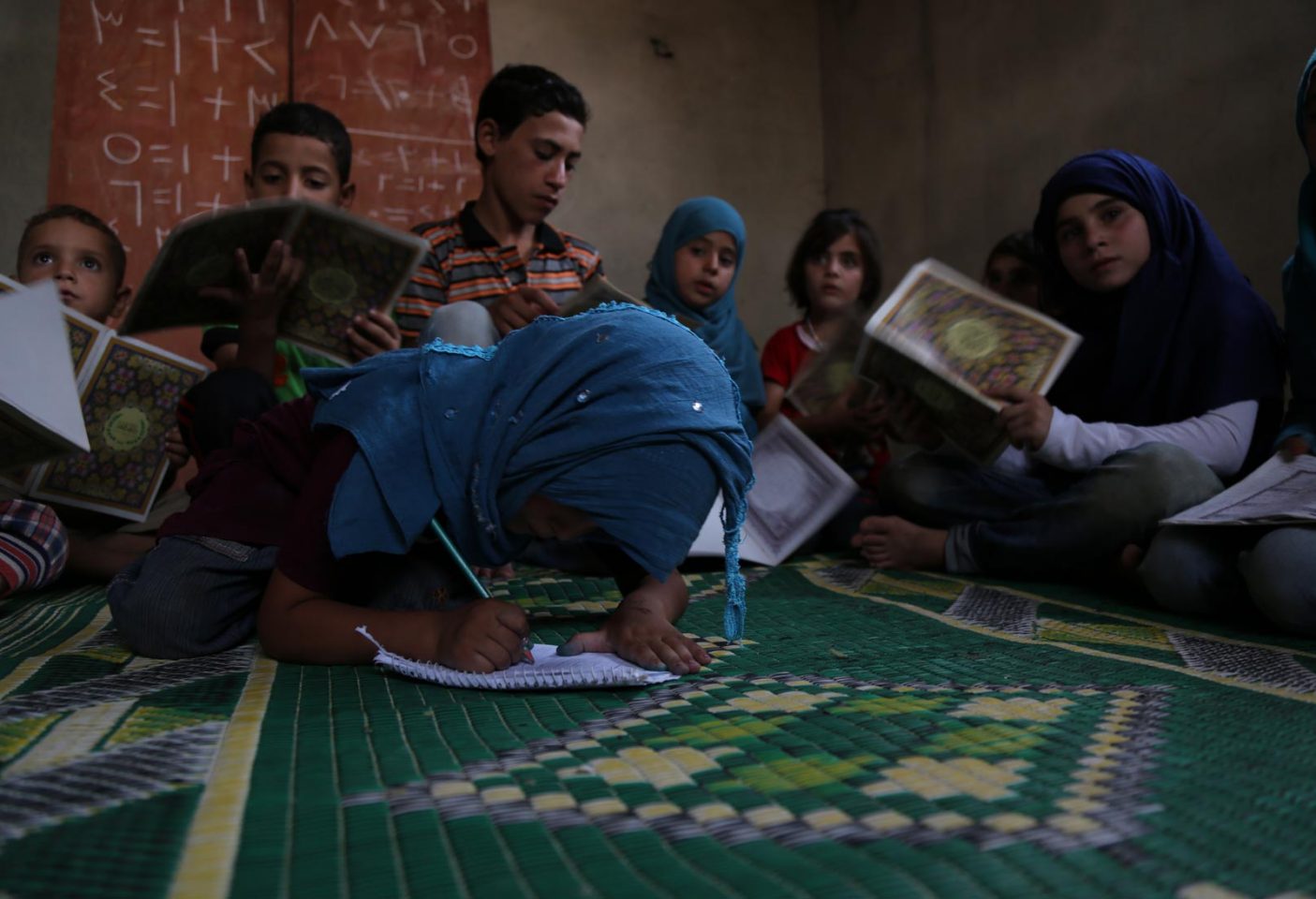 When We met Amira, a 7-year-old girl, in a school in southern rural Hama, battles had not yet become bitter and fierce between the pro-regime factions and the opposition and she had not yet moved away with her family.

Amira’s school is named Al-Amal. It consists of one single abandoned room in a building destroyed by airstrikes. Amira attends her classes together with other twenty students.

As soon as she arrives at the classroom, she takes off her torn shoes and sits on the floor.

Amira’s ability to count numbers is considerably interesting. Her passion for mathematics was obvious.

She holds chalk and starts to do addition on the chalkboard.

“The problem lies in the poor-quality wooden board which makes writing more difficult and erasing numbers harder,” Amira said.